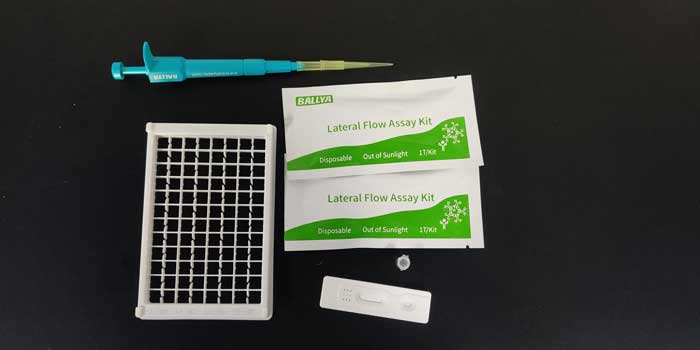 What is BALLYA Feed Test?

Forage grass and feed are the energy and nutrient sources for livestock and poultry to survive and produce products, but their health and safety hazards also affect the health and breeding efficiency of livestock and poultry at all times, and may also endanger food safety and the ecological environment. Feed testing is to provide a rapid method of detecting harmful substances. The BALLYA Feed Test can detect various drugs, mycotoxins, heavy metals, pesticide residues, etc.

What are the hazards in feed?

Feed pollution and the harm of anti-nutritional factors
Feed pollution endangers the health and production performance of livestock and poultry. If the amount of feed containing toxic and harmful substances ingested by livestock and poultry exceeds the body's detoxification capacity (or exceeds feed hygiene and safety standards) or is used improperly, the poison will act on body tissues or cells. It interferes with and destroys the normal physiological and biochemical processes, affects the digestion, absorption and metabolism of some nutrients, and damages animal health and even death. Feed poisoning has the characteristics of fulminant, short incubation period, and can cause numerous individual illnesses in a short time. Contaminate the food chain and endanger human health.
Toxic and harmful substances in feed can accumulate and remain in livestock and poultry or products (such as meat, milk), and endanger human health through the food chain. Toxic elements cause a large number of individual or group livestock and poultry to become ill and even die. Antibiotics and other pharmaceutical additives will remain in livestock products; Salmonella, E. coli, prions and other microorganisms contaminate feeds, which not only cause intestinal infections of livestock and poultry, but also may cause exotoxin poisoning, and often contaminate livestock products, posing a serious threat to human health . Polluting the environment and destroying the ecological balance. The latest report of the World Food and Agriculture Organization (FAO) said: Livestock production has exacerbated the world’s most pressing environmental problems, including global warming, land degradation, air and water pollution and biodiversity loss. The feed is contaminated with lead, arsenic, mercury, etc., and excessive copper, zinc, etc., are excreted from animals in the form of feces and urine, contaminating soil, surface water, and groundwater. Unbalanced dietary nutrition or high content of certain nutrients also makes certain nutrients not fully utilized and excreted with feces and urine, polluting the environment; the pollution of the environment by nitrogen and phosphorus in feces is a serious problem in our country.
Main factors affecting feed hygiene and safety
There are many influencing factors and complex and changeable, mainly human factors and non-human factors. Non-human factors include: natural factors, plant feeds that exist in nature, certain toxic and harmful substances or their precursors (including various poisons and anti-nutritional factors) can be formed in plants during the growth process; some mineral feeds are not pure products , More or less contain some toxic and harmful substances, especially toxic elements; environmental factors: some toxic and harmful substances can often enter the body of feed crops through the atmosphere, water, and soil, and become constituent or entrained components of feed. Human factors: Toxic and harmful substances can be produced in all aspects of feed production or brought into the feed. For example, the misuse of feed additives, the application of pesticides in the process of feed planting and the failure to remove them in time, and the improper operation during feed transportation, processing, and storage, can bring toxic and harmful substances into the feed. Biological factors: There are various harmful microorganisms in the feed. Some pathogenic microorganisms can cause various diseases in livestock and poultry, and other microorganisms can cause feed deterioration and produce a variety of toxins.
Eliminate feed poisons and expand feed resources
With the rapid development of animal husbandry, feed demand gap will continue to expand. Experts predict that by 2030, 50% of grain output will be used as feed. The population of the country will increase to 1.6 billion, and the area of arable land will decrease. According to estimates, the difference between energy feed and protein feed from 2010 to 2020 is 43 to 83 million tons and 24 to 48 million tons, and the difference in cakes is about 2,560 tons. The solution to the shortage of feed resources in our country should be achieved mainly by improving feed utilization rate, opening up unconventional feed resources, and adjusting the crop planting structure and livestock breeding structure. All of these require stronger feed hygiene and safety.
Eliminate toxic and harmful factors and improve feed utilization. Corresponding detoxification and anti-nutritive factor passivation technologies can be adopted to improve the nutritional value and utilization of existing toxic and anti-nutritive factors-containing feed materials (especially protein feeds). For example, removing antitrypsin factors in soybean meal, isothiocyanate and oxazolidinthione in rapeseed meal, etc., can improve the utilization of these meal; the use of exogenous enzyme technology can effectively improve Feed utilization rate. Adding phytase can increase the utilization rate of phosphorus in gramineous feed by 40%, and reduce the pollution of phosphorus in excrement on the environment; add β-glucanase and arabinoxylan to barley and wheat-based diets Enzymes can increase energy utilization by 10% to 20%.
Avoid harm and seek profit and open up unconventional feed resources. Some unconventional feed resources are huge, but they cannot be used as feed because they contain certain toxic and harmful substances or anti-nutritional factors, or the amount is restricted. For example, cassava contains cyanogenic glycosides and leather scraps contain a large amount of harmful element chromium. After the harmful substances are eliminated, they can be used for feeding. Prevent biological pollution during processing, storage, transportation, and feeding. Improper operations in these processes can cause salmonella-infected feed poisoning; the toxins produced by bacteria can cause bacterial toxin-type feed poisoning. Mold and mycotoxins contaminated feed is the most prominent biological contamination of feed in my country, and presents certain regional characteristics. Reducing the biological pollution in the above-mentioned links can significantly reduce feed loss and improve the availability of feed resources. Maintain the environment correctly to prevent non-biological pollution. The discharge of industrial waste water, waste gas and waste residue, as well as the improper use of pesticides, fertilizers, veterinary drugs and feed additives, all seriously affect the health and safety of feed. Comprehensive treatment and removal of such pollution can effectively reduce non-biological pollution of feed.

Where to buy BALLYA Feed Test? 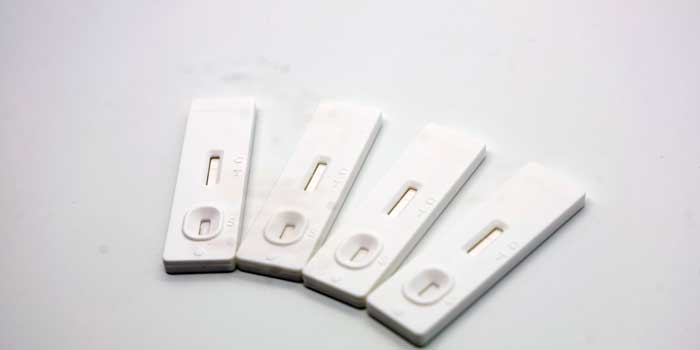 Feed is the general term for food for raising animals, mainly refers to animal food raised by agriculture or animal husbandry. The control of feed quality has become an important part of the high-tech development of the feed industry. Therefore, the importance of feed testing has been valued by more and more enterprises and individuals. Feed testing can achieve effective control of feed quality, which plays a key role. Feed Test is the key of quality control during manufacturing procedure.