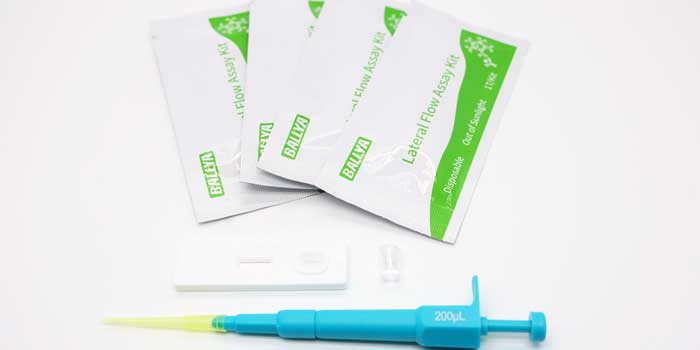 BALLYA clorprenaline Test is manufactured by BALLYA, it’s rapid test for detection clorprenaline residues in feed, food and medicine, especially in feed and food. Lateral flow assay test base on the gold immunochromatography assay technology
Get A Free Quote!

Clorprenaline is a selective β2 receptor agonist with obvious bronchiectasis effect, but the selectivity and strength of β2 receptor is weaker than that of salbutamol. It is clinically used to treat bronchitis, asthmatic bronchitis, etc.

It is a selective β2 receptor agonist, which has a significant and lasting relieving effect on bronchial smooth muscle spasm caused by histamine and acetylcholine, and can improve lung function.

The anti-asthmatic effect is slightly weaker than isoproterenol, but the effect of stimulating the heart is significantly reduced, only 1/10l/3 of allo-adrenaline. It is used for bronchial asthma, asthmatic bronchitis, and chronic bronchitis and emphysema, Bronchiectasis and other asthma.

What is Clorprenaline used for?

1. It can be used for bronchial asthma, asthmatic bronchitis, chronic bronchitis with emphysema, can relieve asthma and improve lung function.

2. It also has the effect of nutrient redistribution when fed to animals as a feed additive, which can significantly accelerate the growth rate of animals, increase the rate of ketone body lean meat and reduce the fat rate. It is a common substitute for "Clenbuterol".

Is a beta adrenergic receptor agonist. It is often used clinically to treat respiratory diseases such as bronchial asthma and bronchitis. It also has the effect of nutrient redistribution when fed to animals as a feed additive, which can significantly accelerate the growth rate of animals, increase the lean meat rate of ketone bodies and reduce the fat rate. It is a common substitute for "Clenbuterol".

What are the side effects of Clorprenaline?

3. It has an additive effect when used with other β2 receptor agonists to expand the bronchus, but it also increases adverse reactions.

5. When combined with anticholinergic drugs or theophylline drugs, the effect of bronchial expansion and asthma relief is enhanced.

Precautions for use of Clorprenaline

1. Use with caution in patients with arrhythmia, hypertension, hyperthyroidism, diabetes, and prostate hyperplasia caused by dysuria.

2. Please consult your physician or pharmacist for the dosage for children.

3. It must be taken according to the recommended dose, and not overdose.

4. People who are allergic to this product should not use it with caution.

5. It is forbidden to use this product when its properties change.

6. Please put this product out of reach of children.

7. Children must be used under adult supervision.
Note: Please strictly follow the instructions for use, don’t abuse, don’t misuse!

To protect the animal have health feed, food and medicine, avoid contaminated food. The clorprenaline is harmful for animal being, can’t take too much in the body. 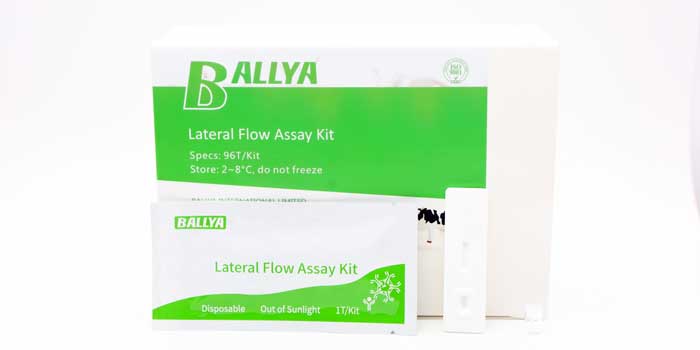 BALLYA Clorprenaline Test is a qualitative test kit. It’s only for screening purpose. If have positive cases or suspected case, maybe use other detection method to make a further detection, such as, ELISA, PCR, qPCR, etc.

With the continuous emergence of meat poisoning incidents, the issue of meat safety has attracted more and more attention. As a prohibited drug, the illegal use of clorprenaline in animal husbandry will cause serious consequences and even lead to personnel casualties.

Therefore, it is of great practical significance to strengthen the monitoring of the illegal use of the illegal drug clorprenaline in the meat production process.