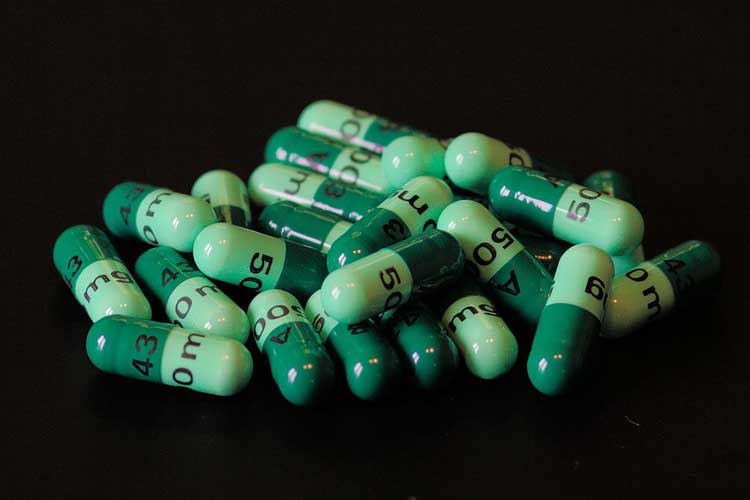 Is cephalexin a powerful antibiotic?

Cephalexin (Cefalexin) is a semi-synthetic first-generation oral cephalosporin antibiotic drug that can inhibit the synthesis of cell walls, swell the cell contents until the cell ruptures and dissolves. The white crystalline solid has a bitter taste and slight odor. Cephalexin is slightly soluble in water, but insoluble in ethanol, chloroform or ether.

Cephalexin has a high concentration in urine and pus. It is especially suitable for urogenital infections. It is effective for bacteremia, bacterial endocarditis, meningitis, acute palatine tonsillitis, pharyngitis, pneumonia, bronchitis lobar pneumonia and soft tissue infections caused by streptococcus.

Cephalexin is a semi-synthetic first-generation oral cephalosporin. Its mechanism of action is to inhibit bacterial cell wall synthesis by combining with one or more penicillin binding proteins (PBPs) of bacteria (cephalexin mainly binds to PBP-3), thereby playing an antibacterial effect. The antibacterial spectrum of cephalexin is similar to that of cephalothin, but its antibacterial activity is worse than the latter.

Except for enterococci and methicillin-resistant staphylococci, gram-positive cocci are sensitive to cephalexin. Cephalexin has a good antibacterial effect on Neisseria spp. and is less sensitive to influenza bacilli. It has certain antibacterial effects on some Escherichia coli, Proteus mirabilis, Klebsiella pneumoniae, Salmonella, and other Enterobacter spp. Acinetobacter, Pseudomonas aeruginosa and Bacteroides fragilis are resistant to cephalexin.

Cefalexina is well absorbed, and the peak blood concentration (Cmax) is reached 1 hour after taking 0.5 g of the product on an empty stomach, with an average of 18 mg/L. Taking the drug after a meal prolongs the absorption and reduces the peak plasma concentration, but the absorption amount does not decrease. The absorption of the product can be increased in infants with celiac disease and small intestinal diverticulum, and it can be delayed and reduced in patients with Crohn's disease and pulmonary cystic fibrosis.

Although there is no decrease in gastrointestinal absorption in the elderly, the blood drug concentration remains longer than that in the young. The blood elimination half-life (t1/2b) of this product is 0.6-1.0 hours. Adding probenecid can increase the blood concentration, t1/2b can be extended to 1.8 hours; t1/2b can be extended to 5-30 hours in renal failure; The newborn t1/2b is 6.3 hours.

Cephalexin is an antibiotic used in dogs and cats. It belongs to cephalosporin drugs and is related to penicillin drugs in killing bacteria. Cephalosporins have a broader antibacterial activity than penicillin. Keflex is also one of the most commonly used antibiotics for cats and dogs.

The antibacterial mechanism of cephalosporins is similar to that of other beta lactam drugs, that is, it exerts an antibacterial effect by competing for the central binding site of the active structure of the cell wall and hindering the synthesis of the peptidoglycan structure of the bacterial cell wall. At present, cephalosporins are widely used in the field of human medicine, but their use in veterinary medicine is restricted.

Many countries have gradually separated human and veterinary cephalosporins in order to reduce the resistance caused by the common use of cephalosporins by humans and animals and the emergence of cross-resistance between the two. The cephalosporin family members are classified according to the development time, the stability of beta lactamase, and the difference in antibacterial activity against gram-negative bacilli. At present, there are hundreds of cephalosporin products, but most of them are human products and few veterinary products.

Cephalexin prevents bacteria from forming adequate and protective cell walls. This can lead to instability and subsequent death of bacteria. Cephalexin is a prescription medicine and can only be obtained by prescription by a veterinarian. The U.S. Food and Drug Administration (FDA) has not approved the drug for animals, but veterinarians have prescribed it as an additional prescription drug by law.

Cephalexin can be used to treat various bacterial infections in cats and dogs, including: skin infections, wound infections, bone infections, pneumonia and bladder infections. Cephalexin is similar to the veterinary drug cefadroxil, and veterinarians often use the two drugs interchangeably because they have the same effect. Cephalexin has no therapeutic effect on infections caused by parasites (such as intestinal worms), mites, viruses or fungi.

Cephalexin is a beta lactam antibiotic, a semi-synthetic penicillin antibiotic, and a broad-spectrum antibiotic. It has a broad antibacterial spectrum, with no cross-resistance, low residue, low side effects and other good characteristics.

It has been widely used in medicine and veterinary circles. It mainly inhibits the synthesis of the cell wall, so that the cell content swells to rupture and dissolve, thereby achieving a bactericidal effect. It has antibacterial effect on both gram-positive bacteria and gram-negative bacteria, and the absorption is rapid and complete after injection with high bioavailability.

BALLYA provides a betalactam-cefalexin-combo-test to tell you if there are beta lactam residues and cephalexin residues in dairy products you eat every day.