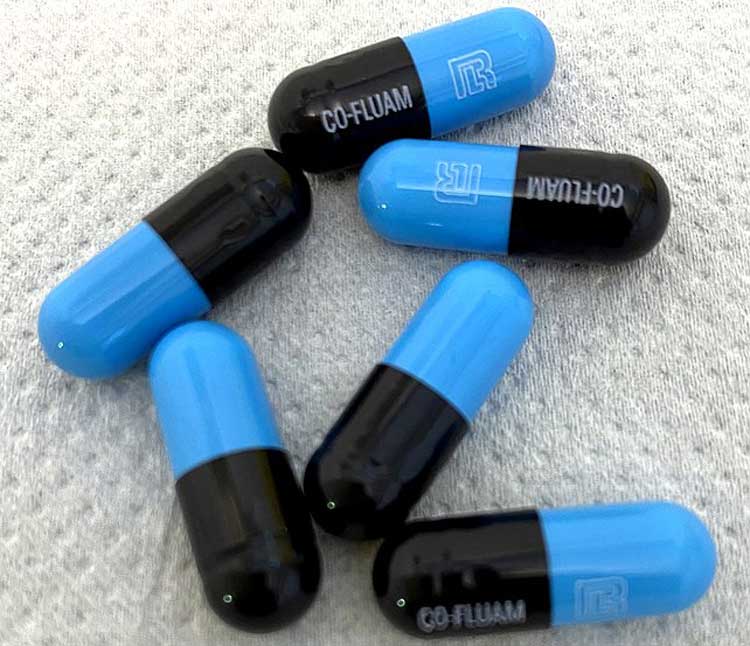 What kind of bacteria does ampicillin kill?

Ampicillin is a beta lactam antibiotic that can treat many bacterial infections. Indications include respiratory infections, urinary tract infections, meningitis, salmonella infections, and endocarditis. It can also be used to prevent group B streptococcal infections in newborns, and it can be administered by oral, intramuscular and intravenous injections. Ampicillin was first discovered in 1961, and it was listed on the World Health Organization's standard list of essential medicines and is one of the essential drugs in the basic public health system.

On October 27, 2017, the list of carcinogens published by the International Agency for Research on Cancer of the World Health Organization was initially compiled for reference. Ampicillin was included in the list of three types of carcinogens.

Ampicilina is a semi-synthetic broad-spectrum penicillin. Ampicillin mechanism of action is that it will prevent the synthesis of the bacterial cell wall, so it can not only inhibit its proliferation, but also directly kill the bacteria. The effect on gram-positive bacteria is similar to that of penicillin. It has better effect on Streptococcus viridans and Enterococcus, but has poor effect on other bacteria.

It has no effect on penicillin-resistant Staphylococcus aureus. Among the gram-negative bacteria, Neisseria gonorrhoeae, meningococcus, influenza bacillus, bacillus pertussis, Escherichia coli, typhoid and paratyphoid bacillus, dysentery bacillus, Proteus mirabilis, Brucella, etc. are sensitive to this product, but easy to develop resistance. Pneumoniae, indole-positive Proteus, and Pseudomonas aeruginosa are not sensitive to this product.

Ampicillin and amoxicillin are antibiotics, but their classification is different. Ampicillin can treat a variety of bacterial infections. It is often used for respiratory infections and urinary system infections. It can also be used to treat some reactions caused by endocarditis and salmonella. Amoxicillin is mainly used for sterilization, and its ability to penetrate the cell wall is very strong, so preparations are widely used at present, including capsules and tablets, as well as granules.

Ampicillin capsules are quite stable to gastric acid and are well absorbed orally. Ampicillin is mainly used for urinary system, respiratory system, biliary tract, intestinal infections and meningitis, endocarditis caused by sensitive bacteria; it can also be used for the treatment of typhoid fever and paratyphoid fever; it can also be used for urinary tract and respiratory tract infections.

The indications of ampicilina and amoxicillin are similar, and the treatment effect for various germs is also good, but there are some slight differences. Patients should not find it difficult to choose, when you need to take this type of medicine, your doctor will help you choose a more suitable drug according to your condition, and the cure effect can be achieved as long as the correct medication is used.

Ampicilina is less effective than penicillin against most Gram-positive bacteria. But it has a strong effect on most gram-negative bacteria, such as Escherichia coli, Proteus, Salmonella, Haemophilus, Brucella and Pasteurella, similar to or slightly stronger than chloramphenicol and tetracycline. But the toxic effect is less than that of chloramphenicol and tetracycline, and it is ineffective against resistant Staphylococcus aureus and Pseudomonas aeruginosa.

Ampicillin is susceptible to the interference of β-lactamase produced by bacteria and decomposes soon, thereby reducing its efficacy. In clinical practice, it is often used in combination with a synthetic beta lactamase inhibitor-sulbactam to increase its synergistic effect, which improves its antibacterial activity and expands its antibacterial spectrum. In addition, the combination of ampicillin and aminoglycoside antibiotics also has a synergistic effect, which can enhance the efficacy.

Sulbactam has weak antibacterial activity and is slightly stronger than clavulanic acid. When used alone, it can only kill Neisseria gonorrhoeae and Acinetobacter. It has a strong inhibitory effect on most beta lactamases produced by gram-positive bacteria and gram-negative bacteria, but it has no effect on metal beta lactamase. The combination of sulbactam and penicillin or cephalosporin drugs generally has a significant synergistic effect, which greatly improves the antibacterial activity of the first two and expands the antibacterial spectrum.

2. The role of ampicillin sulbactam

This product is also effective against the above-mentioned infections caused by ampicillin-sensitive bacteria. This product is not suitable for infections caused by Pseudomonas aeruginosa, Citrobacter, Providencia, Enterobacter, Morgenella and Serratia. Adverse reactions include pain at the injection site, skin rash, occasional diarrhea, nausea, and transient increase in ALT and AST.

The adverse reactions of ampicillin are similar to penicillin. Allergic reactions are common such as skin rash and urticaria, which have a higher incidence than other penicillins. Occasionally, anaphylactic shock, neutropenia, and thrombocytopenia are rare, abnormal liver function can be seen, and neurological symptoms such as convulsions may occur after high-dose intravenous administration.

Adverse reactions are more common in allergic reactions. Among them, rash is the most common, with an incidence rate of 3.1%～18%. It often appears 7 to 12 days after the start of treatment, manifested as urticaria or maculopapular rash. The incidence of skin rash with injection is higher than oral administration. People with renal insufficiency have a high incidence of skin rashes. There are reports of exfoliative dermatitis. And there has been reported that 8 cases of allergic dermatitis have different degrees of liver damage, which should be considered as allergic liver damage.

Ampicillin is a beta lactam antibiotic. It was considered one of the essential drugs in the public health system in the 1960s, and in 2017 it was listed as one of the three carcinogens by the World Health Organization. Therefore, care must be taken when applying such drugs.

BALLYA provides a ballya-ampicillin-test to tell you if there are ampicillin residues in foods or feed.