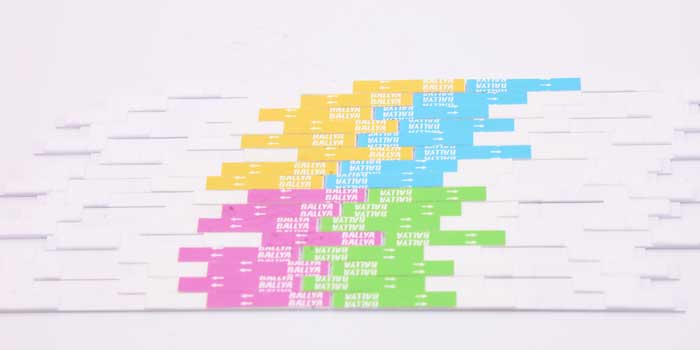 What is BALLYA Ampicillin Test?

Ampicillin is a β-lactam antibiotic that can treat a variety of bacterial infections.

First, use the chlorinating agent PCI5 for the side chain carboxylic acid of D(-)-phenylglycine. It is made into acid chloride and then obtained by condensation reaction with 6-APA. Add acetone and water to the reaction tank, add 6-APA when the temperature is lowered to -5--10°C, then add phenylglycyl chloride hydrochloride, and adjust the pH to 3.5 with 10% sodium hydroxide after reaction for 0.5h. The reactant was extracted with toluene. Take the water layer and adjust the pH to about 3.0 with 10% ammonia water. Decolorize with activated carbon and filter. The filtrate was adjusted with ammonia water to make the pH 4.8. Let it stand, then filter, wash with acetone, and vacuum dry the product below 40°C.

How Ampicillin uses for?

Ampicillin is a semi-synthetic broad-spectrum penicillin. Its antibacterial mechanism is to prevent the synthesis of the bacterial cell wall, so it can not only inhibit its proliferation, but also directly kill the bacteria. The effect on gram-positive bacteria is similar to that of penicillin. It has better effect on Streptococcus viridans and Enterococcus, but it has poor effect on other bacteria. It has no effect on penicillin-resistant Staphylococcus aureus. Among the gram-negative bacteria, Neisseria gonorrhoeae, meningococcus, influenza bacillus, bacillus pertussis, Escherichia coli, typhoid and paratyphoid bacillus, dysentery bacillus, Proteus mirabilis, Brucella, etc. are sensitive to this product, but easy to develop resistance Sex. Pneumoniae, indole-positive Proteus, and Pseudomonas aeruginosa are not sensitive to this product.

People who are allergic to ampicillin or other penicillins are prohibited, and patients with infectious mononucleosis, cytomegalovirus infection, lymphocytic leukemia and lymphoma should be avoided.

The adverse reactions of ampicillin are similar to penicillin. Allergic reactions are common with skin rash and urticaria, which have a higher incidence than other penicillins. Occasionally, anaphylactic shock, neutropenia, and thrombocytopenia are rare, abnormal liver function is rare, and neurological symptoms such as convulsions may occur after high-dose intravenous administration.
The adverse reactions of ampicillin are more common in allergic reactions.

Ampicillin use as a veterinary medicine

Ampicillin is a β-lactam antibiotic. Ampicillin is a semi-synthetic broad-spectrum penicillin, which plays a bactericidal effect by inhibiting the synthesis of bacterial cell wall mucopeptides. It has antibacterial activity against most Gram-positive bacteria, but it is slightly weaker than penicillin. It has a strong effect on Gram-negative bacteria such as Escherichia coli, Proteus, Salmonella, Haemophilus, Brucella and Pasteurella, but it is easy to develop drug resistance.

It is used to treat infectious diseases caused by chicken sensitive bacteria, such as Escherichia coli, Salmonella, Staphylococcus and Streptococcus infections.

(1) Banned during laying hens.
(2) Gram-positive bacteria that are resistant to penicillin should not be used.

What specimen can be detected by BALLYA Ampicillin Test?

To protect the animal have health feed, food and avoid contaminated food. The ampicillin is harmful for animal being, can not take too much in the body. 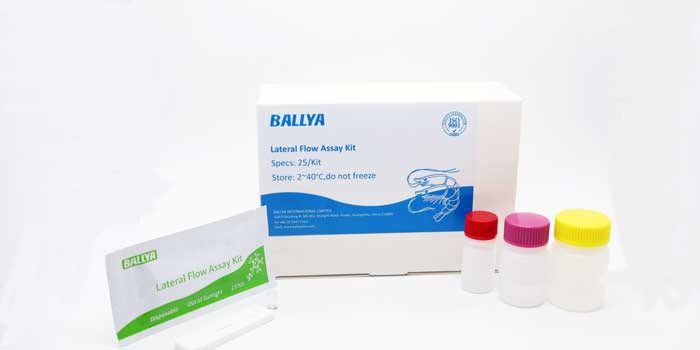 How to use BALLYA Ampicillin Test?

BALLYA Ampicillin Test is a qualitative test kit. It’s only for screening purpose. If have positive cases or suspected case, maybe use other detection method to make a further detection, such as, ELISA, PCR, qPCR, etc.

As a pharmaceutical feed additive, ampicillin can significantly promote weight gain and increase feed conversion rate, and is widely used in the field of livestock and poultry breeding. However, many people do not pay attention to the dosage and usage of ampicillin, which leads to the residue of ampicillin in food. Ampicillin is harmful to the human body and should be avoided as much as possible.
The BALLYA Ampicillin Test provided by BALLYA can effectively detect the ampicillin in the samples. Simple operation, short detection time and high accuracy are the characteristics of this product.

Where to buy BALLYA Ampicillin Test?