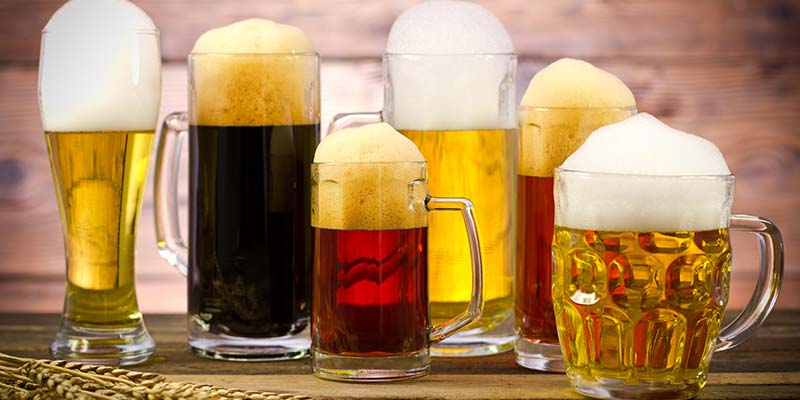 With the improvement of living standards today, the beverage industry is developing rapidly around the world. A variety of beverages, including milk, yogurt, juice, beer, ready-to-drink tea, carbonated drinks, plant drinks, bottled water, etc, and other types. We should pay more attention to the safety of beverages and ensure the health of consumers. BALLYA – Introduces a variety of microbiological test strips and ready-to-use medium as quality indicator to a wide range of manufacturers.

Beverages are drinks, which are liquids for people or livestock to drink. They are packaged quantitatively for direct drinking or brewing with a certain proportion of water. Products with ethanol content (mass content) not exceeding 0.5% It can also be divided into beverage thick paste or solid form, and its function is to quench thirst and replenish energy.

Carbonated beverage: It is a bubble-type beverage formed by mixing carbon dioxide gas with various kinds of spices, water, syrup, and pigment. Like cola, soda, etc. The main ingredients include: carbonated water, citric acid and other acidic substances, sugar, spices, and some contain caffeine.

Functional drinks: drinks with various nutritional elements to meet the special needs of the human body.

Milk drinks: milk, yogurt, milk tea and other beverages based on fresh milk or dairy products.

Brewing wine: Brewing wine is an alcoholic beverage produced by fermentation of wine making materials and cellaring in a certain container for a certain period of time. The alcohol content of these wines is generally not high, generally not more than ten percent. This type of wine mainly includes beer, wine and rice wine.

Distilled wine: The manufacturing process of distilled wine generally includes the four processes of crushing, fermentation, distillation and aging of raw materials. This type of wine has a higher alcohol content because it is purified by distillation.

Blended wine: Blended wine is based on brewing wine, distilled wine or edible alcohol as the wine base, adding a variety of natural or artificial raw materials, and processed by a specific process to form a blended wine with a special color, aroma, taste and type.

It is worth noting that many alcoholic beverages require microbial fermentation to produce them. If not handled properly, alcoholic beverages produced may contain excessive microbes. These unwanted microorganisms can cause adverse effects on the human body.

What is a microorganism?

Pathogenic microorganisms are microorganisms that can invade the human body, cause infection and even infectious diseases, or are called pathogens. Among pathogens, bacteria and viruses are the most harmful. Pathogenic microorganisms refer to prion bodies, parasites (protozoa, worms, medical insects), fungi, bacteria, spirochete, mycoplasma, rickettsia, chlamydia, and viruses.
After repeated exposure to certain chemotherapeutic drugs, the reactivity of certain pathogens continues to decrease, so that the final pathogen can resist the drug without being killed or inhibited. This is the resistance of the pathogen to the drug, which is called drug resistance or resistance. Medicine. The main cause of resistance is insufficient drug dosage or long-term use of a drug. Many bacteria and parasites develop resistance. Pathogens develop resistance, often reducing efficacy or failing completely. Drug-resistant strains are hereditary, so it is necessary to strictly grasp the indications when treating diseases and prevent drug abuse.

According to their differences in structure, chemical composition, and living habits, they can be divided into three categories.
1. Eukaryotic cell-type microorganisms The nucleus has a high degree of differentiation, including nuclear membrane, nucleoli and chromosomes; there are complete organelles in the cytoplasm (such as endoplasmic reticulum, ribosome and mitochondria, etc.) Fungi belong to this type of microorganism.
2. Prokaryote-type microorganisms The degree of nuclear differentiation is low, with only primitive nucleus, no nuclear membrane and nucleoli; the organelles are not perfect. There are many types of these microorganisms, including bacteria, Borrelia, Mycoplasma, Rickettsia, Chlamydia and Actinomycetes.
3. Non-cellular microorganisms have no typical cell structure and no energy-generating enzyme system. They can only grow and reproduce in living cells. Viruses belong to this type of microorganism.

Beer yeast: Divided into upper yeast and lower yeast. Although the fermentation capacity and performance are different, they are all suitable for the saccharification liquid using starch as the raw material. It is an excellent strain for producing beer, liquor, and whiskey;

Schizosaccharomyces: It is characterized by multiplication by division, and the cells are cylindrical, rectangular or round; it can ferment various sugars; it does not grow in ethanol by different nitrates;

Saccharomyces cerevisiae: It uses glucose or alcohol as a carbon source and can produce flavor during fermentation.

Bacteria and their metabolites