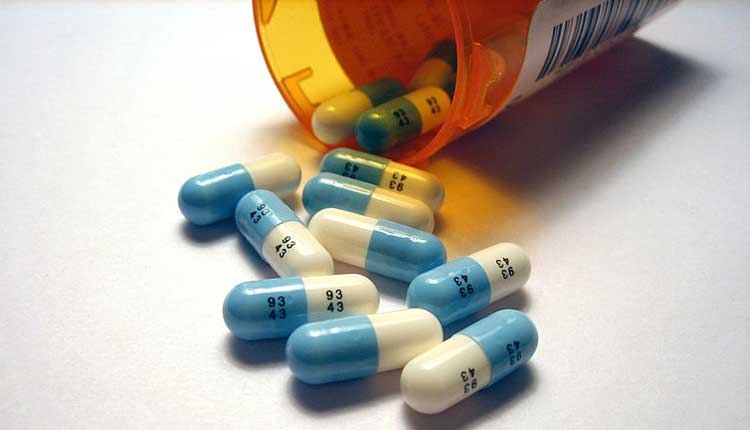 Is tylosin safe for dogs?

Tylosin is a macrolide antibiotic obtained from the culture broth of Streptomyces fradiae in the United States in 1959. Tylosin is a white plate-like crystal, slightly soluble in water and alkaline. Its products include tartrate, phosphate, hydrochloride, sulfate and lactate, which are easily soluble in water. Its aqueous solution can be stored for 3 months at 25 °C and pH 5.5-7.5, but if the aqueous solution contains metal ions such as iron and copper, the product will become invalid.

The molecular formula of tylosin tartrate is 2(C46H77NO17) · C4H6O6, and the molecular weight is 1982.31. It is white or light yellow powder, easily soluble in water (600mg/ml). Because of its good intestinal absorption, fast diffusion in the body, and high blood concentration, it is mostly used in clinical medicine for treatment.

Resistant to Candida, Trichophytom and other fungi.

Eimeria coccidia and so on.

Tylosin has specific effects on mycoplasma, which is a remarkable feature of tylosin. Tylosin has become the preferred drug for the prevention and treatment of mycoplasma diseases in livestock and poultry.

Tylosin is added to feed to prevent Eimeria coccidiosis in chickens.

Adding 50mg/kg tylosin tartrate to the diet has the most obvious effect on the pigs. The average daily gain (ADG) is 0.69kg, which is significantly higher (P<0.05) than the 30mg/kg tylosin group (0.63kg), 40mg/kg olaquindox group (0.61kg). National annual pig feed production is about 40.15 million tons. If the above dose is used as, more than 20,000 tons of 10% tylosin premix will be consumed on pigs every year.

In addition, Mycoplasma pneumonia is a contagious disease of pigs caused by Mycoplasma pneumoniae. It is also called endemic pneumonia in pigs, and it is customarily called swine asthma. The disease is widespread all over the world, and it has occurred in major pig raising countries and regions such as Europe, Asia, America, Africa and Oceania, causing serious harm to the pig industry.

Mycoplasma exists in the secretions of the respiratory tract of sick pigs and can survive for a long time in the pigs. Even six months to a year after the symptoms disappear, the mycoplasma is still present in the body and continues to be excreted.

Therefore, once the disease is introduced into the pig herd, it can occur continuously and is difficult to eliminate. Natural cases of mycoplasma pneumonia are only seen in pigs, and other livestock, animals and humans have not gotten this disease. Pigs of different ages, sexes and breeds are all susceptible. The lactating and newly weaned piglets are the most susceptible, followed by sows in the late pregnancy and lactation, while the fat pigs and adult pigs have less disease and milder disease. Native pigs have a higher incidence rate than hybrid pigs and imported purebred pigs.

From the perspective of economic benefits, environmental protection and hygiene, the appropriate amount of tylosin tartrate in diets is 10 mg/kg. The annual amount of poultry feed is 51 million tons, and the 10% tylenol premix as the additive is more than 25 thousand tons for the whole country.

In addition, after chickens are infected with Mycoplasma gallisepticum, they usually only show mild respiratory symptoms, and occasionally contaminants can be found around the nostrils, but nasal juice is rarely seen, and most of them are invisible infection processes. Due to poor feeding management and environmental factors, especially when mixed with other pathogenic microorganisms, obvious respiratory symptoms, increased nasal juice, serous or mucopurulent nasal juice, clogged nostrils, difficult breathing, frequent head shaking or strange sound may occur. If the turbinate or tracheal mucosa is inflamed, the mucus will increase, breathing will be difficult, sneezing, coughing, mouth breathing, and tracheal rales may be seen.

Then, rhinitis, sinusitis and conjunctivitis occurred, exudate accumulated in the nasal cavity and infraorbital sinus, eyes were moist, watery, eyelid swelling, and the eyes protruded like tumors. One or both of the eyeballs are compressed, atrophy occurs and blindness occurs. Systemic symptoms manifested as increased body temperature, loss of appetite, growth retardation, and gradual weight loss.

Tylosin is a specific treatment drug for this disease, especially for chickens with mild clinical symptoms.

The cause of diarrhea is more complicated. Clinically, it is manifested as frequent bowel movements, high water content in the stool, and sometimes mixed blood. There are two main causes of recurrent canine diarrhea, chronic enteritis and intestinal parasitic disease.

When chronic colonic diarrhea is anti-inflammatory, sulfasalazine (40-60MG/KGBW. day, 4-6 times orally), tylosin and metronidazole (20-50MG/KGBW. day, orally) can be used. Metronidazole has a powerful effect of killing trichomoniasis and is the first choice for the treatment of vaginal trichomoniasis. It can be used to treat amoebic dysentery and amoebic liver abscess, and its curative effect is similar to that of emetine.

Tylosin, like spiramycine, belongs to macrolides antibiotics. Tylosin has been widely used clinically after it was successfully developed in the United States. Tylosin is an antibiotic specially designed for veterinary use, which has a good effect on mycoplasma and bacterial infections. Moreover, tylosin is often added to feed, which can speed up the growth of chickens and pigs and improve the efficiency of farms.

BALLYA provides a ballya-tylosin-test to tell you if there are tylosin residues in meat, especially chicken.