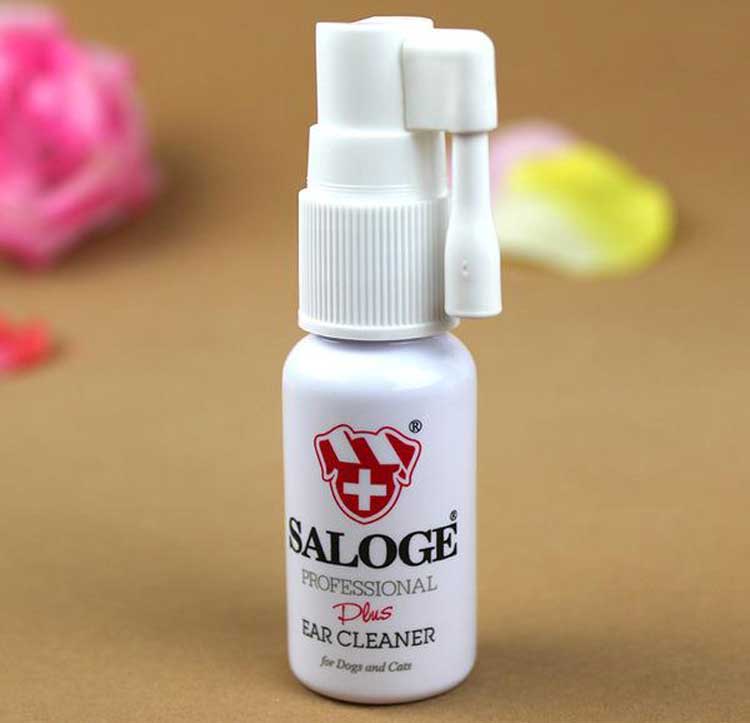 What are chloramphenicol ear drops?

Chloramphenicol ear drops are indicated for the treatment of otitis externa and acute and chronic otitis media caused by sensitive bacterial infections. This product is a colorless or slightly yellow viscous clear liquid; the taste is extremely bitter; it can be mixed with water at will. Occasionally allergic reactions appear.

Although this product is a topical medication, chloramphenicol has a serious bone marrow suppression effect. Pregnant and lactating women using it may also cause serious adverse reactions in newborns and nursing infants. Therefore, pregnant women and lactating women should use it with caution. Combination with lincomycins or erythromycins and other macrolide antibiotics can cause antagonism, so the combined application is not suitable.

This product is a chloramphenicol antibiotic. It has a broad-spectrum antimicrobial effect in vitro, including aerobic gram-negative bacteria and gram-positive bacteria, anaerobic bacteria, rickettsia, spirochetes and chlamydia.

It has a bactericidal effect on the following bacteria: Haemophilus influenzae, Streptococcus pneumoniae and Neisseria meningitidis.

This product is a bacteriostatic agent. Chloramphenicol is fat-soluble. It diffuses into bacterial cells and reversibly binds to the 50S subunit of the bacterial ribosome, hindering the growth of the peptide chain (possibly due to the inhibition of the effect of transpeptidase), thus inhibiting the formation of the peptide chain, thereby preventing protein synthesis.

What is otitis media?

a. Acute suppurative otitis media
The symptoms of middle ear inflammation caused by purulent bacterial infection are mainly earache and pus. Children's systemic symptoms are more pronounced than adults, including fever and vomiting. Serious complications include intracranial complications, such as meningitis and brain abscess. Other complications include labyrinthitis and facial nerve palsy.

b. Chronic suppurative otitis media
It refers to chronic purulent inflammation of the middle ear mucosa, periosteum, or deep bone. This disease is more common in clinical practice. The main clinical manifestations are intermittent or continuous discharge of pus, tympanic membrane perforation, and hearing loss. In severe cases, it can cause intracranial and extracranial complications.

a. Hearing loss
Most acute secretory otitis media can cause hearing loss after catching a cold, descending on an airplane or diving, and may have "self-recreation". The severity of deafness in patients with chronic secretory otitis media often fluctuates. When the tragus is compressed or the head position is changed, the hearing can be improved. When the middle ear effusion is thick, the hearing will not change due to the change of the head position. Children often do not have the main complaint of hearing loss, which is manifested as ignoring parents' calls, lack of concentration, or requiring excessive volume when watching TV.

c. A feeling of fullness or occlusion in the ear.

d. Tinnitus
It is generally not serious, but can be intermittent, and the sound of breath can be heard when the head moves, yawns or blows the nose. A small number of patients with secretory otitis media can also have water in the ear, but the duration is very short, only a few hours or about a day.

How to treat otitis media in dogs?

Some dogs are more susceptible to otitis media. These dogs usually have longer ears and more ear hairs, such as cocker spaniels, beagles, and poodles. If you keep these breeds of dogs, the owner needs to do a good job of daily protection, so as to prevent the dog from otitis media.

Anything that disrupts the balance between the secretions in the dog's ears may cause otitis media. For example, it is most common that water enters the ears when taking a bath, or dirty water enters the ears when swimming, or even foreign objects enter the ears, or there are parasites and insects, which may cause otitis media in dogs. In most cases, the auricle and ear canal are inflamed in the dog, which belongs to otitis externa. If the otitis externa is not cured, it is likely to become otitis media.

The most obvious symptoms of otitis media are ear pain and itching. Dogs will constantly want to scratch their ears with their paws when they are sick. If the dog is allowed to scratch his ears casually, the dog is likely to injure his ears due to constant scratching, resulting in bleeding and hematoma.

How to use ear drops? After the initial cleaning, it is necessary to treat the dog's inflammation according to its cause. If it is caused by bacteria, anti-inflammatory drugs and antibiotics may be needed. And the fungal infection requires to be specialized antifungal drugs. If it is a foreign body, it is easier to deal with. In the follow-up, every day, the owner needs to give the dog medicine and clean the ears. Generally speaking, you need to persist for at least two weeks. Commonly used ear drops are chloramphenicol ear drops and ofloxacin ear drops.

How to treat otitis media in cats?

It will show irritability, loss of appetite, slow response to external stimuli, unwillingness to move, fatigue, itchy ears, and forefoot to keep pulling ears. Most cats have no abnormalities in body temperature, pulse, and respiration. During ear examination, it is found that the unilateral or bilateral ear canal discharge is serous, mucus, and sometimes vicious and dirty purulent liquid, and has a special fishy smell. Individuals have gastrointestinal symptoms, vomiting, diarrhea, constipation, and decreased appetite.