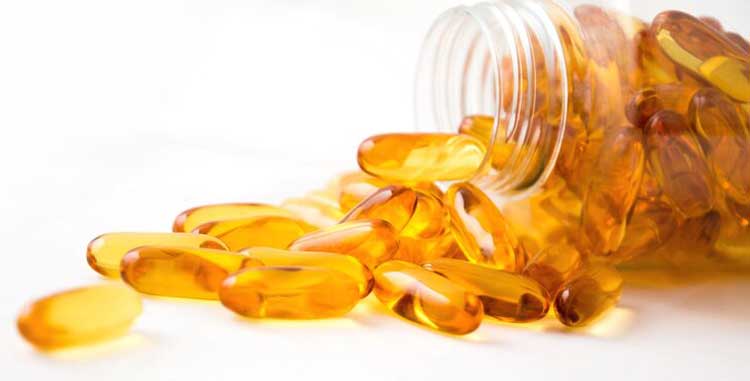 Lincomycin can act on the 50S subunit of the sensitive ribosome to prevent the extension of the peptide chain, thereby inhibiting the protein synthesis of bacterial cells. Lincomycin belongs to the lincomycin antibiotics.

Lincomycin antibiotics include lincomycin and clindamycin. Its mechanism of action is similar to that of macrolides, and it can also irreversibly bind to the 50S subunit of the bacterial ribosome, inhibiting bacterial protein synthesis by blocking transpeptidation and mRNA displacement. The effect of the two drugs on gram-positive bacteria is similar to that of erythromycin. The antibacterial activity of clindamycin is 4 to 8 times stronger than that of lincomycin. They have inhibitory effects on some aerobic gram-negative cocci, Mycoplasma hominis and Chlamydia trachomatis, but enterococcus, gram-negative bacilli, methicillin-resistant Staphylococcus aureus (MRSA), and Mycoplasma pneumoniae are not sensitive to them.

As an antibiotic, it is mainly used to treat chronic respiratory diseases in chickens and infections caused by penicillin g resistant Staphylococcus aureus and Streptococcus. It can also promote the growth of chicken.

Lincomicina acts on the 50S subunit of the ribosome of sensitive bacteria to prevent the extension of the peptide chain, thereby inhibiting the protein synthesis of bacterial cells. Lincomicina is generally a bacteriostatic agent, but at high concentrations, it also has a bactericidal effect on highly sensitive bacteria.

It can be absorbed by the gastrointestinal tract, and is not inactivated by gastric acid. Only 20-30% is absorbed by oral administration on an empty stomach, and less absorbed when taken after eating. Except cerebrospinal fluid after absorption, it is widely and rapidly distributed in various body fluids and tissues, and high concentrations are seen in kidneys, bile and urine. The effective concentration can be reached in the eye after injection. Lincomicina can quickly enter the fetal circulation through the placenta, and the concentration in the fetal blood can reach 25% of the maternal blood concentration. The protein binding rate is 77 to 82%.

Lincomycin is mainly metabolized in the liver, some metabolites have antibacterial activity, and the metabolic rate of children is higher than that of adults. T1/2 is 4 to 5.4 hours. When renal function is decreased, T1/2 is 10 to 13 hours; when liver function is decreased, T1/2 is 9 hours. The time for the plasma concentration to reach the peak is 2 to 4 hours after oral administration, 0.5 hour after intramuscular injection. Lincomicina can be excreted through the kidneys, biliary tract and intestinal tract. After oral administration, 40% is excreted in feces in its original form, or it can be secreted into milk. Lincomycin is not cleared by blood or peritoneal dialysis, and no additional use is required after surgery.

After oral administration of 500 mg, the absorption is rapid, the plasma concentration reaches its peak within 2 to 4 hours, and the minimum inhibitory concentration (MIC) can be maintained for 6 to 8 hours for most Gram-positive bacteria. 600 mg lincomycin is given intramuscularly, the blood concentration reaches its peak in half an hour, and it can be detected by 24 hours. 600mg of this product is instilled in 500ml of 5% glucose solution for 2 hours, and the effective blood concentration can be maintained for about 14 hours. A small part is excreted in urine, while bile is the main excretion route.

It is widely distributed in the body and can enter some major organs and tissues. It can reach effective concentrations in saliva, sputum, bone tissue and joints. It can pass through fetal membranes and milk, but it is not easy to pass through normal human meninges. t1/2 is 4 to 5.4 hours.

It is mainly used for respiratory infections, osteomyelitis, joint and soft tissue infections, biliary tract infections and sepsis caused by Staphylococcus, Streptococcus, and Streptococcus pneumoniae. It can also be applied to some anaerobic infections.

Lincomycin is used for the treatment of osteomyelitis. It is suitable for oral administration: Respiratory tract infections caused by Staphylococcus, Streptococcus pyogenes, pneumococcus and anaerobic bacteria, skin and soft tissue infections, female reproductive tract and pelvic infections and abdominal cavity caused by anaerobic bacteria Infection etc. In addition to the above indications, lincomycin injection can still be used for sepsis caused by streptococcus and staphylococcus, bone and joint infections, surgical adjuvant treatment of chronic bone and joint infections, and acute blood-borne bone marrow caused by staphylococci Yan etc. The concentration of lincomycin that penetrates into the cerebrospinal fluid cannot reach an effective level and is not suitable for the treatment of meningitis.

If you do not know the cause of fever in pigs, you can use Shuanghuanglian plus lincomycin for intramuscular injection, which has an obvious effect. Lincomycin injections can also be used when treating pig cough if the cause to pig cough is not known. If your pigs still have asthma, add a little dexamethasone to lincomycin for better results.

Sows suffering from mastitis or uterine inflammation may cause yellow and white scour in piglets. At this time, injection of lincomycin plus dexamethasone on the sow and oxytocin on the other side can effectively cut off the mastitis caused by streptococcus and yellow and white diarrhea caused by metritis. (Of course, piglets should also be treated with drugs, such as oral enrofloxacin or intramuscular injection of apramycin, to treat both symptoms and root causes)

Usually, after our sows give birth, lincomycin can also be used to prevent inflammation. Use it once a day for 2 to 3 days. The effect of this medication is also longer and more obvious than that of penicillin. The effect is better if combined with the oral medication "Brown Sugar Soup" to the sow. Sometimes when we raise pigs, sometimes the pigs will fight, and it is inevitable that pigs will be bitten. At this time, we can use lincomycin intramuscular injection and vitamin C on the other side. This will not only reduce inflammation, but also effectively prevent the bitten pig from being bitten again.

When we castrate the pigs in the summer, infection is easy to happen. If two milliliters of lincomycin are injected intramuscularly into each piglet during castration, the castration infection can be effectively controlled. If it is compatible with gentamicin, the effect is better, the price is cheaper, and the effect is more obvious than using cephalosporin or penicillin. After pigs are castrated, the effect of with lincomycin powder is better than that of amoxicillin. If the pig farm is still accompanied by a slight cough, then the lincomycin powder will treat it.

High-dose intravenous injection of this product can cause blood pressure drop, electrocardiogram changes, flushing and fever, and occasionally cause heartbeat and breathing to stop. Nausea, vomiting, hypotension, dyspnea and electrocardiogram changes occurred in one case with 200 mg for about 20 minutes. Therefore, when a large dose is administered intravenously, it should be diluted and then instilled intravenously. Every 2g should be diluted with 250ml liquid at least, and the infusion speed should not exceed 100ml per hour. Intravenous medication can cause thrombophlebitis.

This product is easy to cause the increase of bilirubin. Gastrointestinal reactions can occur in oral or injection administration. Generally, the reaction is mild and can be manifested as anorexia, nausea, vomiting, stomach discomfort and diarrhea; diarrhea can be transient. The course of the diarrhea may also be protracted, which occurs more than within 3 to 10 days after medication. Diarrhea can be caused by direct stimulation of drugs, or it may be related to intestinal flora imbalance.

It has been reported in foreign countries that about 20-50% of cases have diarrhea after oral administration of this product. Diarrhea is mostly mild, but severe pseudomembranous enteritis occurs. It is now known that the occurrence of this disease is related to the proliferation of Clostridium difficile and the production of toxins in the intestine after the application of this product, and it is more likely to occur in elderly patients and patients with abdominal surgery.

In addition to symptomatic treatment, oral administration of vancomycin or metronidazole has good effects. Patients with abnormal liver function during treatment with lincomycin are rare, and only in patients with high doses (approximately 4g/day) for more than 3 weeks. Another group of intravenous injection of lincomyicn 3.6g/day, aminotransferase and bilirubin increased, liver biopsy was accompanied by corresponding pathological changes.

It is not very toxic to the hematopoietic system, and can occasionally cause neutropenia, eosinophilia, and thrombocytopenia. Generally, the reaction is mild and transient, and the hemogram of some patients can be restored by continuing the medication. Lincomycin can occasionally cause allergic reactions, manifested as skin rash, angioedema, serum sickness, and can also cause sun allergy. Occasionally, exfoliative dermatitis occurs.

Sepsis, osteomyelitis and arthritis are all painful diseases, and the antibiotic that can effectively treat these infections is lincomycin. However, lincomycin is prone to interact with other drugs, which requires special attention from medical staff and patients。

BALLYA provides a lincomycin-macrolides-quinolone-erythromycin-combo-test-kit to tell you if there are lincomycin, macrolides, quinolones and erythromycin residues in dairy products you eat every day.