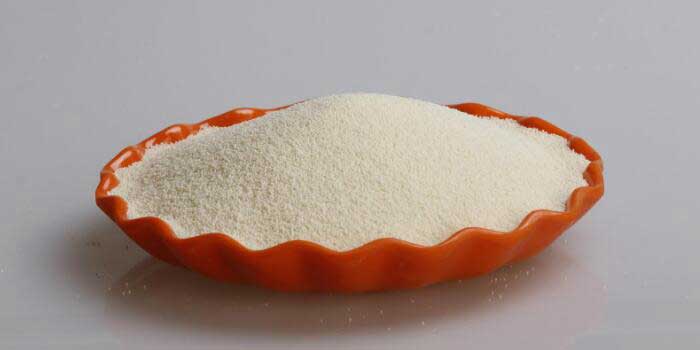 What is enrofloxacin used to treat?

Enrofloxacin is also known as ethyl ciprofloxacin. It is a yellowish or light yellow crystalline powder with bitter taste, and insoluble in water. This product is designated as a medicine made specially for animals by the state.

Enrofloxacin is a chemically synthesized bacteriostatic agent of fluoroquinolones and is easily soluble in organic solvents such as sodium hydroxide solution, methanol, and methyl cyanide.

The absorption of oral and intramuscular injection is rapid and complete, and the blood drug level reaches its peak within 0.5-2 hours. Except for the central nervous system, almost all tissues have higher drug concentrations than plasma, which is beneficial to the treatment of systemic infections and deep tissue infections. This product is eliminated by renal and non-renal means, and about 15%-50% of the original drug is excreted through urine. The metabolism in animals is mainly to remove the ethyl group and become ciprofloxacin.

Enrofloxacin is a third-generation fluoroquinolone for veterinary use. It has a broad-spectrum bactericidal effect and is effective against bacteria in the stationary and growing phases. Its bactericidal activity depends on the concentration. Sensitive bacteria will die within 20-30min after contacting this product.

This product has a good antibacterial effect on a variety of Gram-negative bacilli and cocci, including Pseudomonas aeruginosa, Klebsiella, Escherichia coli, Enterobacter, Campylobacter, Shigella, Salmonella, Air Spp., Haemophilus, Yersinia, Serratia, Vibrio, Proteus, etc. It is also effective against Brucella, Pasteurella, Erysipelas, Bordetella, Staphylococcus (including penicillin-producing and methicillin resistant strains), Mycoplasma and Chlamydia. However, the effect on most streptococci varies, and the effect on most anaerobic bacteria is weak.

Food in the stomach can delay the absorption rate, but does not affect the absorption. The oral bioavailability of chickens, rabbits, dogs and calves were 84%, 61%, 100% and 100%, respectively. However, oral administration of adult ruminants (cattle, sheep, camel) is less than 10%. The bioavailability of intramuscular injection in most animals is above 85%. The metabolism of this product in the body is complicated, but they can be metabolized to ciprofloxacin in varying degrees.

Enrofloxacin can be used as an animal medicine. It has a long half-life in the animal body and has good tissue distribution. It is a broad-acting bacteriostatic agent. It has antibacterial effect on Gram-positive bacteria, negative bacteria and mycoplasma. It was once used for the control of Vibrio and E. coli disease in farmed fish.

It has broad-spectrum antibacterial activity and strong permeability. This product has a strong killing effect on gram-negative bacteria and good antibacterial effect on gram-positive bacteria. It has good oral absorption and high blood concentration. It is stable and can be widely distributed in tissues. Its metabolite is ciprofloxacin, which still has a strong antibacterial effect. It has strong antibacterial activity against almost all pathogenic bacteria in aquatic animals. It is effective against severe infections caused by drug-resistant pathogens, and has no cross-resistance to other antibiotics.

What is enrofloxacin used to treat?

Enrofloxacin is widely used in livestock and poultry to prevent and treat the following diseases.

A. Porcine respiratory and intestinal diseases

Piglets often have coughs and diarrhea after weaning, most of which are caused by diseases such as parapigs and infectious pleuropneumonia. Enrofloxacin has a strong killing effect on these bacteria. Specific plan: Add 1 kg of 10% enrofloxacin and use it for 7 days for piglets in every ton of feed after weaning. If the pig farm had ring or other viral diseases, it can be combined with Huangqi, Fuzheng Jiedu San or Qingwen Baidu San.

B. Joint swelling or sepsis caused by streptococcus

With enrofloxacin injection, amoxicillin + Antong intramuscular injection once a day for 3 days.

C. For the treatment of swine asthma

Add 1 kg of 10% enrofloxacin and 1 kg of 10% doxycycline hydrochloride to each ton of feed for 7-10 days is effective.

Add 1 kg of 10% enrofloxacin and 10% spectinomycin -lincomycin per ton of feed; intramuscular injection of enrofloxacin 2.5 mg per kg of body weight.

Under normal circumstances, the recommended dose will not cause side effects. However, in recent years, there have been reports of side effects in some cases both at home and abroad. For example, Russian scholars reported that at a dose of 5 mg/kg of body weight, once a day, used to treat diarrhea piglets within 2 days of age, and most of the piglets died within a few minutes after the injection. At the same time, a large amount of foam flows from their mouths.

Baytril is the latest chemically synthesized agent specially developed by Bayer in Germany for animal use. It is the nemesis of gram-negative bacteria, gram-positive bacteria and mycoplasma. It is a specific medicine for the treatment of various bacterial and mycoplasma diseases such as pigs, cattle, dogs and so on. It has a good effect on the reproductive tract diseases of fur animals. Different from the antibacterial effect of traditional drugs, Baytril directly enters the nucleus of bacteria and exerts a rapid and thorough bactericidal effect by blocking DNA synthesis.

BALLYA provides a quinolones erythromycin combo test kit to tell you if there are quinolones residues (including enrofloxacin) and erythromycin residues in dairy products you eat every day.