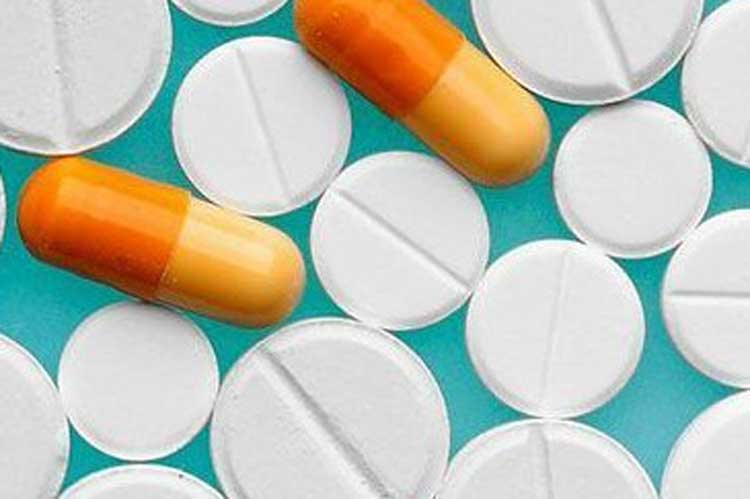 The uses of tetracycline for fish

Tetracycline antibiotics are hydrogenated naphthacene ring derivatives produced by Actinomycetes. They are broad-spectrum antibiotics that mainly inhibit bacterial protein synthesis. They have bactericidal effects and mainly include 6 species, namely chlortetracycline, oxytetracycline, tetracycline, and doxycycline, metacycline and minocycline. It has a broad antibacterial spectrum and is used to prevent or treat farmed fish diseases. It is currently the most widely used type of antibiotics. These antibiotics including tetracycline for fish are not completely absorbed by animals as a considerable part of them are excreted into the human environment in the form of feces or metabolites.

Because of its good water solubility and low biodegradability in the environment, it has become a class of antibiotics that are easy to store and accumulate in the fishery environment. As an exogenous chemical substance in the environment, antibiotics have a wide and profound impact on fishery environmental biology and ecology, leading to the generation of drug resistance and continuous pollution. This not only affects the production of the aquaculture industry, but ultimately may also adversely affect human health and survival.

The uses of tetracycline for fish

Tetracycline has been widely used or even abused in veterinary clinics for a long time due to its low price and broad antibacterial spectrum. What's more, the growth-promoting effect of antibiotics is used as a feed additive in production practice. This makes sensitive bacteria have a wide range of drug resistance. There is cross drug resistance because of the chemical structure of this class of drugs is similar, making the role of antibiotics greatly reduced.

Its antibacterial mechanism is mainly to inhibit bacterial protein synthesis. This class of drugs can form salts with acids or bases. But it is unstable in alkaline aqueous solution, so it is mostly made into hydrochloride. Domestic applications include tetracycline, oxytetracycline, chlortetracycline, doxycycline, metacycline and minocycline. The first three are natural products; the last three are artificial semi-finished products, also known as new tetracyclines.

Although tetracycline for fish can treat fish health problems, it is important to try to find the source of the problem. The water quality, filter system and other foreign objects in the fish tank should be checked to find the cause of these infections to help prevent the fish from getting sick again in the future. To prevent further health problems, it may be necessary to treat the water and clean the fish tank. When treating fish diseases, you can directly add fish tetracycline to the fish tank. Although this is not ideal, it is best to ensure that the animals are fully benefited when the infected fish actually consume antibiotics. Antibiotics can be added to the food. It is recommended that the fish be fed when they are hungry enough.

In short, tetracycline tablets can be used, and not only tetracycline, but other medicines such as oxytetracycline, gentamicin, penicillin, etc. can be used for fish. Most of them are used to treat squamousness, tail rotten, gill rotten, enteritis, and water mold. In other words, all fish diseases can be treated, but the effect is relatively small. Fish disease can be treated well in the early stage, but the treatment effect is not good in the later stage.

The antibody level in the fish was detected by ELISA reaction and the activity of phagocytes was measured by chemiluminescence analysis as an indicator of non-specific immune response. The results show that oxytetracycline can significantly inhibit the level of antibodies, while slightly reducing the activity of phagocytes and the number of lymphocytes, but it has no obvious effect on the survival rate of fish. Oxytetracycline can inhibit the peak of the carp's humoral response. This inhibition is only temporary.

As the concentration of oxytetracycline decreases, the function of the immune cells in the carp is also normalized. Oxytetracycline can have strong genotoxicity in the set concentration range. The study found that Tuyusu had teratogenic effects on carp embryos.

The extensive use of antibiotics makes the fishery environment not only a reservoir of resistance genes, but also a medium for the expansion and evolution of resistance genes. More and more experiments have proved that the increase and spread of drug resistance of environmental pathogens will inevitably pose a threat to human public health. Based on this, many people began to pay attention to the research on the residual drug concentration (PNEC) of bacteria in the environment, which is also an important part of the environmental safety evaluation of antibiotics and synthetic antimicrobials.

The abuse of antibiotics not only makes pathogens resistant to drugs, but sometimes affects the next generation, leading to the emergence of "resistant babies". The increasing resistance of pathogenic bacteria to commonly used antibiotics has become a global problem. The more antibiotics are used, the less options. If people often eat foods containing antibiotics, and drug resistance will increase unconsciously. Once they are sick, these antibiotics will not help. The more serious situation is that some recent "super bacteria" are also closely related to the overuse of antibiotics.

Long-term consumption of a large amount of resistant food will inevitably cause a trace accumulation of antibiotics, and its harm cannot be ignored. In particular, the sharing of antibiotics between humans and animals will accelerate the development of drug resistance of pathogens and eventually lead to no antibiotics available for humans. For example, ciprofloxacin is an antibiotic shared by humans and animals. Ciprofloxacin is widely used to prevent respiratory diseases in broilers and fish, which can easily cause serious drug residues in food. There are reports at home and abroad that people are no longer sensitive to ciprofloxacin drugs. This may be related to long-term consumption of food containing ciprofloxacin residues.

Studies have also shown that neonatal drug resistance may be related to the abuse of antibiotics by mothers-to-be during and before pregnancy, and may also be closely related to their long-term consumption of antibiotics. Many pregnant women eat eggs, fish meat, chicken soup, trotters soup and milk every day, but the safety of these food supplements is increasingly worrying.

In view of the tetracycline side effects that tetracycline antibiotics can produce, the use of tetracycline for fish should be particularly careful to prevent irreparable damage to fish, human and the environment we living in.