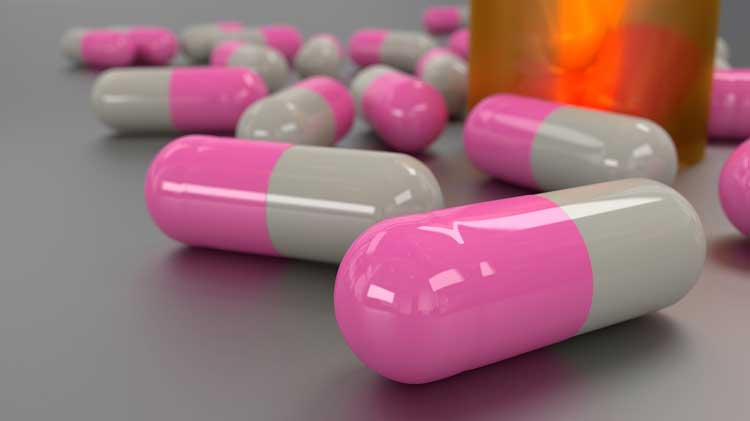 What is streptomycin used for?

In 1943, a Ph.D. in University of California, Berkeley, Salman A. Waxman isolated it from Streptomyces, and it was the second antibiotic produced and used in clinical practice after penicillin. Waxman also won the Nobel Prize in Physiology or Medicine in 1952. The special effect of streptomycin against tuberculosis bacillus opened a new era of tuberculosis treatment. Since then, the history of Mycobacterium tuberculosis that has ravaged human life for thousands of years can be contained for the first time.

Since the pain response of intramuscular injection of streptomycin is relatively small, it is suitable for clinical use. As long as the target is selected properly and the dose is appropriate, most patients can be injected for a long time (usually about 2 months). Therefore, it is still the main drug in anti-tuberculosis treatment for decades.

Streptomycin has a bacteriostatic effect at low concentrations, and a bactericidal effect at high concentrations. It has a strong antibacterial effect on Mycobacterium tuberculosis. It also has an antibacterial effect on Escherichia coli, Shigella, Pertussis, and Pneumoniae. Tuberculosis, urinary tract infection, bacillary dysentery, sepsis, etc. Taking this medicine can cause numbness around the lips and face, which will affect the eighth cranial nerve when used. Long-term use of this medicine may cause kidney damage.

In 1945, Fleming, Flory, and Chan shared the Nobel Prize for Medicine in recognition of their discovery of the first ever panacea for bacterial infections-penicillin. But penicillin does not work against many kinds of bacteria, including tuberculosis, the pathogen of tuberculosis. Tuberculosis is one of the most harmful infectious diseases to humans.

In the 20th century, about 100 million people still died from tuberculosis. Famous writers such as Chekhov, Lawrence, Lu Xun and Orwell all died prematurely due to tuberculosis. Doctors all over the world have tried a variety of methods to treat tuberculosis, but none of them are really effective. Suffering from tuberculosis means being sentenced to death. Even after Koch discovered Mycobacterium tuberculosis in 1882, this situation has not improved for a long time. The magical effect of penicillin has brought new hope to people. Can a similar antibiotic be found to effectively treat tuberculosis?

Sure enough, a few months after the Nobel Prize was awarded in 1945, on February 22, 1946, Rutgers University professor Selman A. Waksman announced that his laboratory had discovered the second antibiotic used in the clinic, streptomycin, has specific effects against tuberculosis bacilli, and a new era of humans overcoming tuberculosis has begun. Unlike penicillin, the discovery of streptomycin is by no means accidental, but the result of well-designed and systematic long-term research.

Streptomycin is an aminoglycoside drug. Streptomycin mode of action is to act on ribosomes in bacteria, inhibit bacterial protein synthesis, and destroy the integrity of bacterial cell membranes. Sensitive bacteria have an oxygen-dependent antibiotic transmembrane transport system.

Estreptomicina can first diffuse through the outer cell membrane porin through passive diffusion, then enter the cell through the cell membrane by this transport system, and irreversibly bind to the isolated ribosomal 30S subunit, leading to the destruction of the A position, and then:

Streptomycin is effective against many gram-negative bacilli such as Escherichia coli, Klebsiella pneumoniae, Enterobacter, Salmonella, Shigella, Brucella, Pasteurella, Meningococcus and Neisseria gonorrhoeae, etc. Streptomycin has poor antibacterial activity against most gram-positive cocci such as Staphylococcus aureus. Streptococcus, Pseudomonas aeruginosa and anaerobic bacteria are resistant to streptomycin.

What is streptomycin used for?

The dose can be increased or even doubled for individual patients with severe illness, but the continuous application time should not be too long, generally not more than 1 week, and must be applied under close observation. The dose for the elderly should be appropriately reduced. Children’s dose is about 25 mg per kilogram of body weight per day. They must also be closely observed.

Streptomycin can cause mild damage to the kidneys, and patients may develop proteinuria, tubular urine, etc., which generally do not affect continuous medication. A few patients may have decreased renal function, but they can recover after stopping the drug. Taking drugs such as sodium bicarbonate can reduce the chance of proteinuria. Leukopenia is more common, in addition to occasional neutropenia, thrombocytopenia, aplastic anemia, etc. Long-term use of streptomycin can cause complete or partial loss of olfactory function. It has been reported that the intratympanic injection of the product was used to treat Meniere's syndrome, and 95% of patients had dizziness disappeared but hearing remained.

Numbness, dizziness, deafness, etc. are common, and they usually appear within 10 days after the medication. The shortest case occurs within 20 minutes after the injection, which lasts for 1 to 6 hours, and the severe case can continue for 24 hours. Perioral numbness, dizziness, dyskinesia, headache, fatigue, vomiting, and facial flushing may also occur. In severe cases, sweating, dyspnea, and cramps are not easily distinguished from anaphylactic shock. However, acute reactions are more common to accumulate or gradually aggravate. In some cases, the reaction only occurs at the beginning of the injection and disappears later. The acute reaction of streptomycin is generally believed to be related to its impurities.

Streptomycin damages the kidneys slightly, manifested as proteinuria and tubular urine, some of which temporarily decline in renal function, which can be restored after stopping the drug. Serious permanent renal damage is rare. Suppressive effect on bone marrow: manifested as leukopenia, thrombocytopenia, aplastic anemia and oligocytosis. Leukopenia is common, while aplastic anemia and pancytopenia are rare. It is also easy to cause hirsutism, conjunctivitis, arthralgia, myocarditis, toxic encephalopathy, etc.

Streptomycin has been used clinically for more than half a century, and it is still the first-line anti-tuberculosis drug. In recent years. Due to the increase of drug-resistant tuberculosis strains, it is mainly used in the initial stage of tuberculosis.

Streptomycin can be used alone for tularemia, or can be combined with tetracycline to treat plague and brucellosis, and penicillin to treat Streptococcus viridans endocarditis.