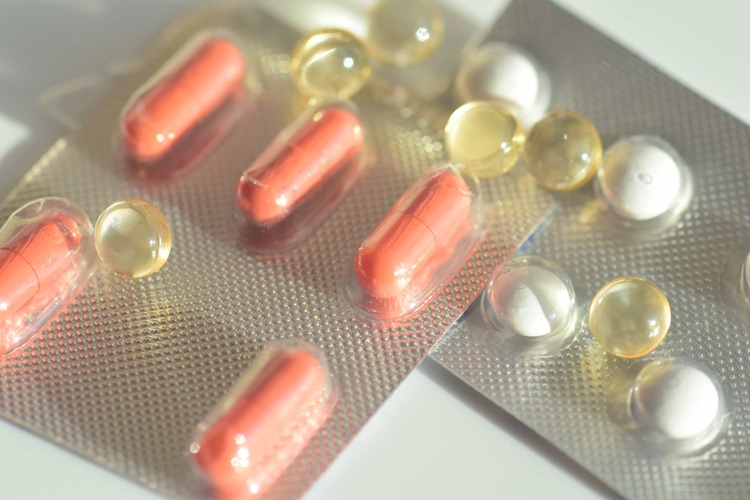 What is aureomycin used to treat?

Aureomycin’s (chlortetracycline) chemical formula is C22H23ClN2O8. It is golden yellow crystalline powder produced by the fermentation of Streptomyces aureofacieus. The fermentation broth is acidified and filtered to obtain a precipitate, which is dissolved in ethanol. The crude product is obtained by acid precipitation, and the hydrochloride crystal is obtained by dissolution and salt formation.

Its effect and antibacterial spectrum are the same as those of tetracycline, but the adverse reactions are the greatest among tetracyclines (chlortetracycline>terramycin>tetracycline). Because its aqueous solution is unstable and is easily destroyed in neutral or alkaline solutions, tablets, powdered sugar, granules, and injections were eliminated in 1982, and aureomycin is now used as raw materials for external preparations, such as eye ointments.

Aureomycin, also known as chlortetracycline, is an antibacterial substance found in the culture medium of the actinomycete Streptomyces aureofaciens. Its hydrochloride is soluble in water, and the free base, especially calcium salt, is hardly soluble in water. The decomposition point of free bases is 168-169 °C. In 0.1 N hydrochloric acid, the maximum absorption is 230, 262.5, 367.5 nanometers. It can inhibit all kinds of bacteria, rickettsia, and chlamydiae. It has a very broad antibacterial spectrum and is used in treatment. Chlortetracycline is also an uncoupling agent.

The antibacterial spectrum of aureomycin is similar to tetracycline, and it is effective against Gram-positive cocci, especially Staphylococcus and pneumococcus. Because of its great side effects, it is currently only used for external used to treat conjunctivitis and trachoma.

Dr. Dager discovered that although penicillin and streptomycin are widely used in the treatment of bacterial infections, most diseases and bacteria are still resistant to them. Dr. Dager decided to study "soil" to find answers in this living system.

After the failure of 3,500 mold sets in his research, Dr. Dager finally discovered a golden substance with antibacterial properties at the University of Missouri in 1945. After 3 years of in-depth research and testing, Dr. Dager found that it can actively and effectively treat 90% of bacterial infections, and named it "Aureomycin". The Latin "Aureus" stands for gold and the Greek "Mykes" stands for fungus. The current common name is "Chlortetracycline".

In the experiment on the effect of poultry growth, chlortetracycline has obvious growth-promoting ability. In 1954, Dr. Zeibei discovered that low-dose chlortetracycline can promote the growth of poultry, pigs, and cattle, and under high-dose conditions, it can control chronic respiratory diseases in animals. In the 1990s, when the global animal health industry was rising, chlortetracycline began to be added to animal feed. The combination of chlortetracycline, sulfamethazine, and penicillin once became the main formula for a variety of swine diseases and became the most economically effective drug additive.

With the increase of population, the rapid development of the breeding industry, the rise of the global animal health industry, Chlortetracycline, which is of historical significance, protects the health of billions of animals.

Studies have shown that chlortetracycline can also inhibit prostaglandin synthesis, inhibit leukocyte chemotaxis, and reduce the activity of mammalian collagenase and other metalloproteinases.

Chlortetracycline is a high-efficiency broad-spectrum antibiotic that has a strong inhibitory effect on a variety of pathogens and is often used in the treatment of various animal infectious diseases. However, its residues in animal meat, milk, eggs and other foods seriously threaten human health, and can cause diseases such as aplastic anemia and granular leukopenia. Low-concentration drug residues can also induce drug resistance of pathogenic bacteria. Many countries such as the European Union and the United States have explicitly banned the use of CAP in the production of animal-derived foods and have established strict limit standards.

After joining the WTO, agricultural and veterinary drug residues have increasingly become technical barriers for developed countries to restrict the export of Chinese agricultural and sideline products. On January 30, 2002, the European Commission issued a resolution 2002/69/EC on the grounds that chlortetracycline was detected in shrimp imported from China, banning the import of China’s animal-derived foods, directly causing China’s aquatic products to export more than $600 million economic loss.

Aureomycin is an over-the-counter drug in dermatology. It cannot be used by patients with allergies. It is a topical drug and is mainly used for mild small areas of scalds and burns. It can also treat skin diseases such as ulcers and impetigo. Uncommon adverse reactions such as skin rashes and redness and swelling are rare. Women who are breastfeeding or during pregnancy should use drugs with caution.

There are two ways for chlortetracycline to enter cells: one is passive diffusion through the hydrophilic groups of the outer cell membrane; the other is active transport by the inner cells.

Oral administration of drugs containing calcium, magnesium, and iron ions together with chlortetracycline will significantly reduce the absorption and serum concentration of chlortetracycline. The mode of action may be that chlortetracycline is chelated by metal ions to form a complex with lower solubility, which is not easy to penetrate the small intestinal mucosa.

BALLYA provides a ballya-tetracyclines-test to tell you if there are tetracyclines(including aureomycin) residues in honey, chicken and pork.