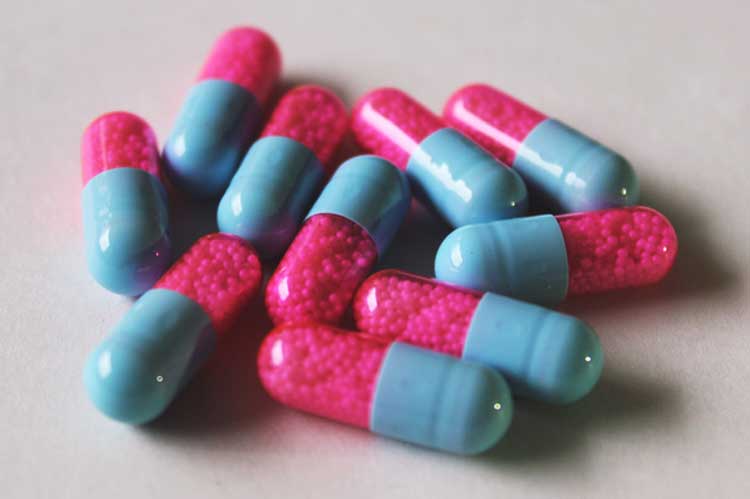 What is Cefdinir used to treat?

Cefdinir belongs to the 3rd generation cephalosporin, which can prevent the synthesis of bacterial cell walls. It has a good bactericidal effect on both gram-positive and gram-negative bacteria, especially for golden yellow grapes and streptococci among gram-positive bacteria.

Cefdinir not only will not be degraded by lactamase produced by bacteria, but also has superior antibacterial activity against produced bacteria by lactamase. Clinically, it can be used to treat respiratory, urinary, ear and nose caused by Staphylococcus, Streptococcus, Pneumococcus, Neisseria gonorrhoeae, Escherichia coli, Klebsiella, Proteus mirabilis, Haemophilus influenzae, etc. Throat and skin and soft tissue infections.

It is stable to beta lactamase produced by various bacteria and has excellent antibacterial activity against beta lactamase producing bacteria. The mechanism of action is that it will prevent the synthesis of bacterial cell walls. It has strong affinity for penicillin binding protein (PBP) 1 (1a, 1bs), 2, 3, but has different active sites for different bacteria.

This product has broad-spectrum antibacterial activity against gram-positive and negative aerobes and anaerobes. Compared with other existing oral cephalosporin antibiotics, the antibacterial activity of this product is strong against Staphylococcus, Streptococcus, Peptostreptococcus, Propionibacteriu. A clinical trial of 1433 cases (100 mg each time, 3 times a day) showed that the effective rate of this product against various infections: superficial purulent disease 89.2%, surgical infection 90%, acute respiratory infection 82.8 %, chronic respiratory infections 63.1%, urinary tract infections 82.8%, gynecological infections 88.4%, ophthalmology infections 94.3%, and otolaryngology infections 75%. The bacteriological clearance rate of gram-positive bacteria was 91.9%, and the bacteriological clearance rate of gram-negative bacteria was 91.4%.

Cefdinir is one of the cephalosporins, which mainly acts to kill bacteria by inhibiting the synthesis of bacterial cell walls. Its antibacterial spectrum is relatively broad, including some gram-positive bacteria, as well as gram-negative bacteria. Therefore, cefdinir can be used clinically to treat infections at multiple sites caused by sensitive bacteria.

The main value of Cefdinir Capsules can be reflected in many places. First of all, Cefdinir Capsules is common. It has a powerful effect on inhibiting various bacteria in clinical practice. It can treat many diseases at the same time with significant pharmacological effects. It has significant therapeutic value in the treatment of gonococcal urethritis, adnexal inflammation and uterine cavity infection, as well as mastitis and perianal redness, and prevention of post-operative wound infection and a variety of serious diseases, but a small number of people may experience intestinal indigestion, gastrointestinal discomfort, skin eczema, and lack of blood after taking it.

After dispersing with water, orally take or swallow it directly. The usual dose for adults is 100 mg once, three times a day. The usual dose for children is 9-18 mg/kg per day in three divided doses. The dosage can be increased or decreased appropriately in accordance with age and symptoms, or as directed by a doctor.

According to practice, after determining the sensitivity of microorganisms to this product, the course of treatment of this product should be limited to the shortest period required to treat the patient to prevent the production of resistant bacteria.

Because of the possibility of shock and other allergic reactions, detailed allergy history should be asked.

The following patients should use it with caution:

In addition, the impact of overdose use of cefdinir has not been studied. In the study of acute, toxic, and erosive ulcers, a single oral dose of 5600 mg/kg did not produce side effects. Other beta lactam antibiotics can cause the following side effects when they are overdosed: nausea, vomiting, diarrhea and convulsions. Serum dialysis can remove cefdinir from the human body. Hemodialysis is useful for patients with toxic reactions caused by overdose medication, especially for patients with renal insufficiency.

Cefdinir belongs to the 3rd generation cephalosporin. Whether for its antibacterial spectrum or antibacterial activity, it has greatly been improved compared with the previous two generations of cephalosporins. But it also has some special side effects, such as red stool and red urine, which need our attention.