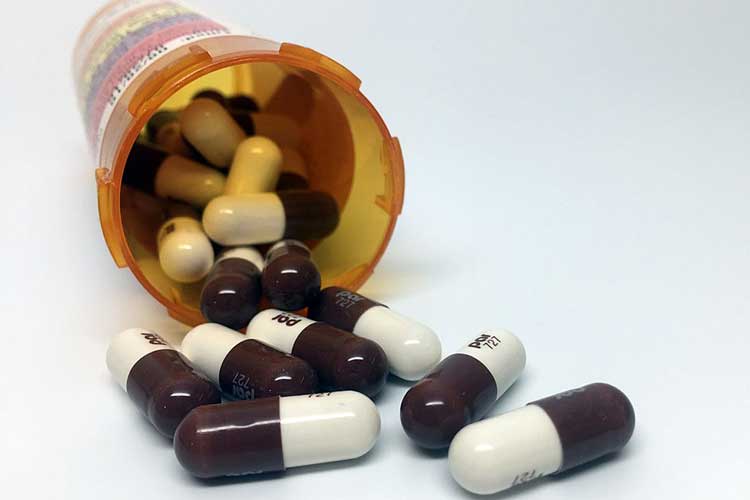 What are the common doxycycline side effects?

Doxycycline is a kind of tetracyclines, which can treat Mycoplasma chlamydia infection. It is pale yellow or yellow crystalline powder, smelly and bitter. It is easily soluble in water and methanol, slightly soluble in ethanol and acetone, and insoluble in chloroform.

Unlike other types of antibiotics, doxycycline can penetrate into tissues and eventually enter cells, where the antibiotic can kill pathogens. A variety of intracellular organisms that are sensitive to doxycycline include many pathogens that cause zoonotic diseases, chlamydia, legionella, and plasmodium. Other susceptible microorganisms include spirochetes and acne-causing bacteria, Bacillus anthracis, and Vibrio cholerae.

Doxycycline hydrochloride is commonly used, which is light yellow or yellow crystalline powder; smelly and bitter. It is easily soluble in water and methanol, slightly soluble in ethanol and acetone, and insoluble in chloroform. Some synthetic drugs containing doxycycline are prone to complex reaction with metal ions in water, forming a red solution and reducing the efficacy.

Doxycycline can interfere with the ability of microbial organisms to produce proteins. Proteins are the basic structural elements of life. The production of proteins in cells is usually done in ribosomes, and this process is necessary for the survival of every organism. Doxycycline kills bacteria and parasites, but has no effect on our own cells. The reason is that the human organism has a ribosomal structure completely different from that of simple organisms.

In the long-term treatment practice, it has been found that doxycycline is a good antibacterial drug. It is a long-acting and broad-spectrum semi-synthetic tetracycline antibiotic made from oxytetracycline. The reason why doxycycline used to treat chronic bronchitis works well is:

Because doxycycline can kill a series of bacteria that affect the respiratory system of the body, it is usually used to treat pneumonia and bronchitis. At the same time, this antibiotic is also widely used to treat doxycycline acne and urogenital infections. Doxycycline is usually given as a capsule or tablet orally, but sometimes it is also given by intravenous injection. After taking doxycycline, it will exert effect for some time, which means that the drug can be used not only as a therapy, but also as a preventive therapy for body diseases.

Nowadays, doxycycline is widely used by tourists or military personnel to tropical countries to prevent some diseases, such as protecting individuals from malaria parasite infection.  Doxycycline can also provide protection against common bacteria that cause diarrhea. In order to effectively prevent infection, when patients are at risk of disease, they need to take drugs every day.

Like many antibiotics, doxycycline is very sensitive to antibiotic-resistant bacteria, and there is evidence that this susceptibility has begun to appear in many diseases where doxycycline is widely used, such as the treatment of acne. This means that the use of doxycycline should be reduced or in some cases replaced by some alternative drugs. Of course, scientists need to conduct more in-depth research and exploration in the later stage to find new alternatives.

The most commonly reported side effect of doxycycline is esophageal inflammation or heartburn, which is often very unpleasant for patients, but patients can effectively prevent the side effects caused by doxycycline by drinking large amounts of water. Twenty percent of people who take the drug often have photosensitivity reactions, which is especially serious for travelers who use the drug for malaria prevention in tropical countries.

Doxycycline should not be used in children and pregnant women, it will cause permanent browning of the user's teeth, and it will also have other adverse effects on the bone development of the fetus. Doxycycline can also increase the toxicity of the anti-inflammatory drug-methotrexate.

3. How to avoid the side effects of doxycycline?

Recently, when scientists disputed the side effects of the anti-malarial drug Mefloquine used in defense forces and refugees, they emphasized the key role doxycycline plays in replacing the drug Mefloquine. Of course, it is now generally believed that mefloquine should be a more effective drug for preventing malaria, but more interestingly, the results of previous studies have shown that many people actually prefer mefloquine to doxycycline. This may reflect the side effects of doxycycline, and because doxycycline needs to be taken every day, it will bring a lot of inconvenience to patients.

Recent studies have found that doxycycline can affect special processes in human cells, especially a class of enzymes that are very important for the body's inflammatory response. This feature may be very beneficial, and it can help researchers develop treatments for many diseases, new treatments for infectious diseases, including cancer (especially bone-related cancers), autoimmune diseases (including rheumatoid arthritis and multiple sclerosis), atherosclerotic diseases (plaques that cause heart disease). However, the application of these new therapies is currently only in the experimental stage. The researchers said that they will continue to explore.

Doxycycline is a tetracycline antibiotic that works well for respiratory infections and can also be brought to tropical countries as a preventive measure to prevent some annoying diseases. Doxycycline side effects exist indeed, but it is still of great significance for human health. The future of doxycycline is promising.

BALLYA provides a ballya-tetracyclines-test to tell you if there are tetracyclines residues in honey, chicken and pork.