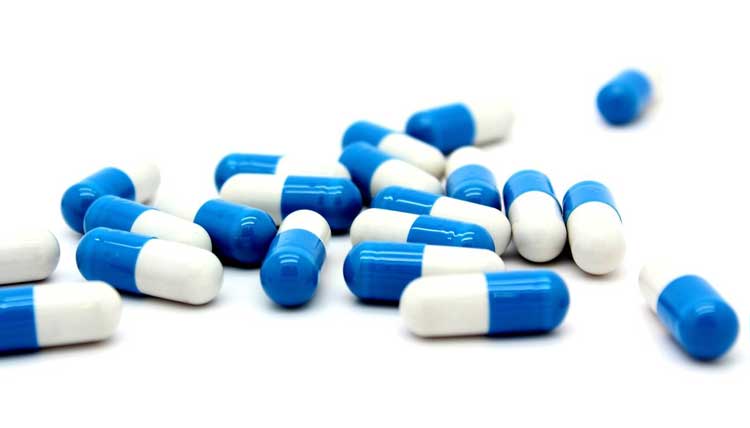 What are the side effects of piperacillin?

Piperacillin belongs to the fourth-generation penicillin. This type of drug is a semi-synthetic penicillin antibiotic. It has obvious antibacterial effect and can kill many kinds of bacteria, such as Proteus, Escherichia coli, Klebsiella and Enterobacter, a variety of anaerobic bacteria and Gram-negative bacteria. Piperacillin can not only treat respiratory infections caused by bacteria, but also has therapeutic effects on gynecological diseases, urinary tract infections, skin infections, and joint infections.

Piperacillin is mainly used by intravenous injection to kill bacteria and eliminate inflammation. For mild patients, the daily injection volume should not exceed 8 grams. For severe patients, the dose can be increased to 12 grams. During the patient's use of piperacillin, some patients will experience redness and swelling at the injection site and phlebitis. It is best to adjust the dosage and the speed of infusion when this happens.

This product is white crystalline powder; odorless; slightly hygroscopic. It is easily soluble in methanol, soluble in absolute ethanol or acetone, and slightly soluble in water.

It is a semi-synthetic semicarbazide anti-pseudomonas penicillin. The effect on gram-positive bacteria is similar to that of ampicillin. It has a good antibacterial effect on enterococci, and also has a certain effect on some Bacteroides and Clostridia.

This product is not resistant to enzymes. Piperacillin is not absorbed orally. Intramuscular injection of 2g, the serum drug concentration peaked at 0.5 hours, about 36μg/mL intravenous infusion of 4g within 30 minutes, immediate plasma concentration> 200μg/ml, 100μg/ml in 1 hour, t1/2 is about 1 hour. It is widely distributed in the body, and the surrounding organs can reach effective concentrations, and there are high concentrations in bile and prostate fluid. Piperacillin is mainly excreted by the kidneys, and 1/2~2/3 of the dose can be excreted in the urine within 12 hours.

The serum protein binding rate of piperacillin is 17%-22%, the apparent volume of distribution (Vd) is 0.18-0.3L/kg, and the distribution half-life (t1/2β) is 11-20 minutes. It is well distributed and can reach a considerable concentration in the cerebrospinal fluid when the meninges are inflamed.

Piperacillin blood elimination half-life (t1/2β) for patients with normal renal function is 0.6-1.2 hours, and those with moderate or more renal insufficiency can be extended to 3.3-5.1 hours without being metabolized in the liver. Piperacillin is eliminated through the kidney (glomerular filtration and tubular secretion) and non-renal (mainly bile) pathways. After intravenous injection of 1g, 49%-68% of the dose is excreted in urine within 12 hours. 10%-20% of drugs with normal liver function are excreted by bile. Very few drugs are excreted through breast milk. Hemodialysis can clear 30%-50% of the dose in 4 hours. Oral probenecid 1g 1 hour before intramuscular injection can increase the peak blood concentration (Cmax) by 30% and prolong the blood elimination half-life (t1/2β) by 30%.

Used in conjunction with aminoglycoside drugs, it can treat infections in patients with neutropenia and immunodeficiency.

Tazocin is a compound preparation, and its components are piperacillin sodium and tazobactam sodium (based on piperacillin and tazobactam, the ratio of the labeled amount is 8:1); the excipients are: ethylenediaminetetraacetic acid Disodium (EDTA), citric acid, sodium bicarbonate and water for injection.

Tazocin (piperacillin sodium and tazobactam sodium for injection), its indication is systemic and local bacteria caused by detected or suspected sensitive bacteria.

Piperacillin contains a total of 64mg (2.79mEq) of sodium per gram of piperacillin, which can cause an increase in the patient's total sodium intake. This should be taken into consideration when patients who need to limit salt intake. Hypokalemia can occur in patients with low potassium reserves or taking drugs that can reduce blood potassium levels (treated with cytotoxic drugs or diuretics). Therefore, it is recommended that such patients regularly measure blood electrolyte levels.

Like other semi-synthetic penicillins, the use of piperacillin can increase the incidence of fever and rash in patients with cystic fibrosis.

Some patients treated with β-lactam antibiotics (including piperacillin) may have bleeding manifestations. These reactions are often related to abnormal blood coagulation tests (such as clotting time, platelet aggregation and prothrombin time), and are more common in patients with renal failure. If there are signs of bleeding, antibiotic treatment (piperacillin/tazobactam for injection) should be discontinued, and corresponding treatment measures should be taken.

It should be noted that drug-resistant strains may appear during treatment, causing double infection. If this happens, corresponding measures should be taken.

Piperacillin belongs to beta lactams. BALLYA provides a betalactam test to tell you if there are beta lactams residues in dairy products you eat every day.