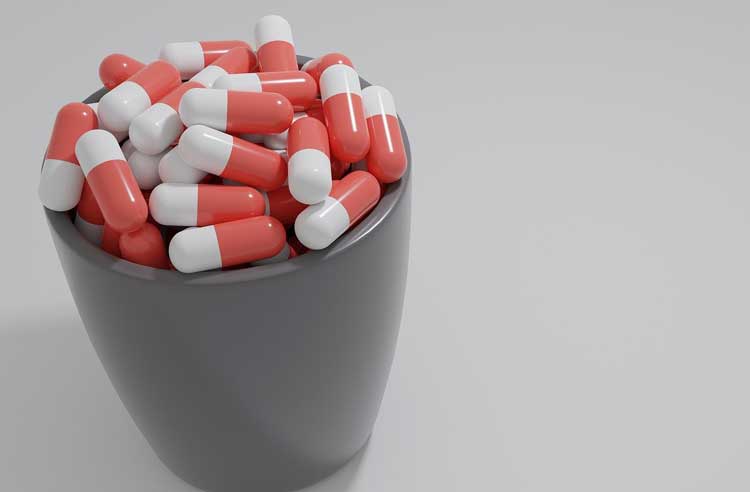 Thiamphenicol is a broad-spectrum antibiotic of chloramphenicol, which has a stronger effect on Gram-negative bacteria than positive bacteria. It is white to off-white crystalline powder or crystals at room temperature. It can be absorbed quickly and completely after oral administration. It is mainly excreted from urine in its original form.

Its antibacterial spectrum and antibacterial effect are basically similar to those of chloramphenicol. It mainly diffuses into bacterial cells and reversibly binds to the 50S subunit of the bacterial ribosome, blocking the growth of the peptide chain (may inhibit the effect of transpeptidase), preventing the synthesis of proteins, thereby playing an antibacterial effect.

Its antibacterial activity is inferior to chloramphenicol except for Streptococcus pyogenes, pneumococcus, Bacillus pertussis and Shigella sungii. It has a strong effect on Gram-positive bacteria such as pneumococcus and hemolytic streptococcus; it has a weaker effect on Staphylococcus aureus, Salmonella or Escherichia coli, Pneumoniae bacillus, etc. than chloramphenicol. It also has a certain effect on anaerobic bacteria, spirochetes, rickettsia, amoeba, etc.

Thiamphenicol is well absorbed after oral or injection administration, and the absorption is rapid and complete. The peak plasma drug concentration is reached within 2 hours after oral administration and within 1 hour after intramuscular injection.

After administration every 6 to 8 hours, it can be quickly and widely distributed in various tissues of the body. Among them, the content in kidney, spleen, liver, and lung is higher, and the content in kidney and liver is about 3 to 4 times that of the same dose of chloramphenicol. It can reach a certain concentration in brain tissue. Due to the presence of enterohepatic circulation, the concentration in bile is also high. It is easy to penetrate the blood-cerebrospinal fluid barrier and enter the cerebrospinal fluid, and can also penetrate into milk and purulent mucus in a small amount.

The plasma half-life is 1.5h, and it is little bound to plasma proteins. Thiamphenicol does not combine with glucuronic acid in the liver, and is excreted from the bile in its original form, and part of it is secreted by the renal tubules. 70% to 90% of the dose is excreted in the urine within 24 hours. Adults take 0.5g orally, and the urine concentration after 12 hours is up to 400μg/ml. Urine excretion is significantly reduced when renal function declines, and there may be a tendency for accumulation in the body.

Thiamphenicol is used for infections of the respiratory system, hepatobiliary system, urinary system and digestive system caused by influenza bacillus, E. coli, and Salmonella that are sensitive to thiamphenicol. It also has a certain effect on typhoid fever, paratyphoid fever and brucellosis; it is also used for gonorrhea and gonococcal urethritis.

Clinically, it is mainly used to treat respiratory system, urinary system, liver and gallbladder, typhoid fever and other symptoms of intestinal surgery, obstetrics and gynecology, and ENT infections, especially for mild to moderate infections.

In a multi-center clinical trial organized by 15 hospitals in Shanghai, a total of 344 patients were enrolled, including 176 patients with respiratory, urinary, biliary, and digestive system infections, 121 bronchial infections, and 47 skin infections. The effective rates were 88%, 86%, and 53%, respectively. Among them, the treatment for pustular psoriasis had the best effect, and the condition was controlled quickly after medication. According to foreign reports, thiamphenicol has been successfully used to treat gonococcal urethritis in Japan and Europe. A single oral dose of 2.5g has the same effect as spectinomycin and cefuroxime.

From 1960 to 1974, France alone had treated more than 6 million cases with thiamphenicol. Among the 15,796 cases announced by the hospital, including gonorrhea, liver and gallbladder, urinary tract, intestinal, respiratory, gynecological and otolaryngology infections, as well as pertussis and salmonella infections, more than 90% achieved "good" curative effects.

It has also been used for pustular psoriasis, 1 to 1.5g per day, administered in divided doses, the course of treatment is 10 days to 4 weeks, 5 cases are treated, 4 cases cured. After the medication, the high fever subsided quickly, the pustules were controlled, the joint pain was significantly reduced, the rashes disappeared or the erythema diminished.

Thiamphenicol is a medicine that can be used by humans and animals. It is used for the respiratory tract, urinary tract and intestinal infections caused by sensitive bacteria such as Haemophilus influenzae, Escherichia coli, Salmonella, etc.

Veterinary Thiamphenicol is an alternative product of chloramphenicol. It has strong antibacterial effect by inhibiting the combination of bacterial TRAN and ribosomes. It is a veterinary drug with broad spectrum, low toxicity and no residue and stronger antibacterial activity than chloramphenicol. It is effective in one dose. The blood concentration can be maintained for more than 17 hours, and the effect is strong and lasting.

As a feed additive, it is effective in preventing intestinal infections of pigs and chickens caused by Salmonella.

Thiamphenicol antibacterial spectrum is similar to chloramphenicol, but the antibacterial effect is not as good as chloramphenicol. Oral absorption is complete, and the plasma half-life is 1.5h. The usual dose for adults is 1 to 2g/d, divided into 3 to 4 times. The adverse reactions in the application of this drug are less than those of chloramphenicol, mainly gastrointestinal reactions, and less toxic to the hematopoietic system, which can cause peripheral neuritis. There is no report of gray baby syndrome. Patients with renal insufficiency may suffer from total head baldness.

Nausea, vomiting, lack of appetite, glossitis, and stomatitis may occur during oral administration. Patients with existing liver disease may have jaundice, liver fatty infiltration, and even acute severe hepatitis.