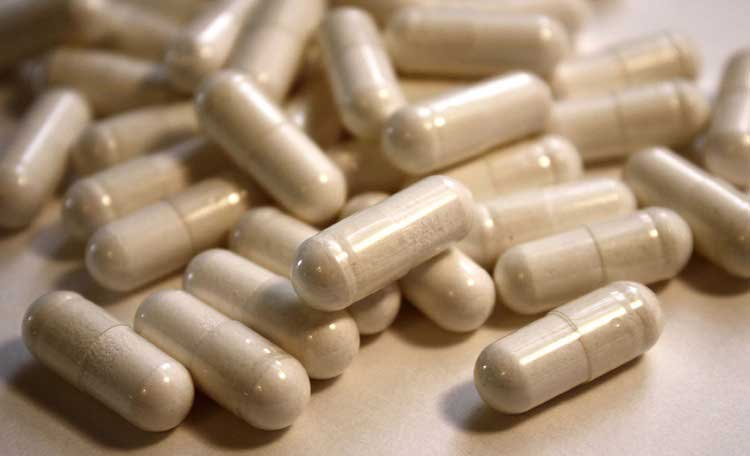 Is vancomycin a strong antibiotic?

Vancomycin’s molecular formula is C66H74ClN9O24. Vancomycins are glycopeptide antibiotics, including vancomycin, norvancomycin and teicoplanin. Vancomycin binds to the alanine at the end of the peptidoglycan, which is the precursor of the cell wall of sensitive bacteria with high affinity, blocking the synthesis of the high molecular weight peptidoglycan that constitutes the bacterial cell wall, causing cell wall defects and killing the bacteria, especially for bacteria that are proliferating. In addition, it also inhibits RNA synthesis in the cytoplasm.

Vancomycin half-life: 4~8 hours, 9 days to renal failure, ineffective against anaerobic bacteria and gram-negative bacteria, hemodialysis will not remove Vancomcin. Vancomycin has strong potency and nephrotoxicity. It will be used when other antibiotics are ineffective against germs. It is the so-called last-line drug. In recent years, due to the excessive abuse of antibiotics, bacteria resistant to vancomycin, such as vancomycin-resistant enterococcus (VRE), have emerged, causing hidden concerns for the prevention and treatment of infectious diseases.

It can inhibit the synthesis of bacterial cell wall, has a strong effect on Staphylococcus aureus, Streptococcus pyogenes, Streptococcus pneumoniae, etc., and has a good effect on Bacillus difficile, Bacillus anthracis, and Bacillus diphtheria. There is no cross-resistance to other antibiotics and very few resistant strains. Vancomycin is not absorbed orally, it must be dissolved with water for injection before intravenous infusion, and the infusion time should not be less than 1 hour. Too fast intravenous infusion can cause skin reactions, and too high concentration can cause thrombophlebitis; intramuscular injection can cause severe pain, so intramuscular injection is not allowed; it has severe ototoxicity and nephrotoxicity, so it should only be used for short-term rescue.

Vancomycin was first separated by EC Kornfeld (Lilly staff) from the soil deep in the Borneo jungle collected by a missionary. The vancomycin-producing bacterium was finally named Amycoplasma orientalis. The original purpose of using vancomycin was to treat infections caused by penicillin-resistant Staphylococcus aureus.

Soon, the advantages of vancomycin became apparent: despite multiple generations of subculture on a medium containing vancomycin, staphylococci still did not show obvious drug resistance. At that time, more and more staphylococci became resistant to penicillin antibiotics, which made vancomycin quickly obtained FDA approval in 1958. Eli Lily first produced and sold vancomycin under the brand name Vancocin (stable and credible).

However, vancomycin has never become the first-line drug for the treatment of Staphylococcus aureus infections, because vancomycin must be administered intravenously and cannot be absorbed orally. The rapid development of anti-beta-lactamase semi-synthetic penicillin drugs, such as methicillin (and its successor products such as ethoxynaphthalene (amine) penicillin, o-chloropenicillin, etc.) can effectively inhibit penicillin resistance bacterial. The low purity vancomycin used in the early experiments has strong ototoxicity and nephrotoxicity. Therefore, vancomycin is only used for methicillin and other resistant Staphylococcus aureus infections.

In 2004, Eli Lilly licensed the Vancocin trademark to Viro Pharma in the United States, Flynn Pharma in the UK and Aspen Pharmacare in Australia. The vancomycin patent expired in the early 1980s, but the FDA did not allow vancomycin produced by any of the three pharmaceutical companies to be sold in the United States. There are several pharmaceutical factories in China that produce generic vancomycin drugs, the trade names of which are Fangkerin and Wanxun (norvancomycin).

Vancomycin has a good antibacterial effect on most gram-positive bacteria including Staphylococcus aureus and coagulase-negative Staphylococcus methicillin-sensitive and resistant strains, various Streptococcus, Streptococcus pneumoniae and Enterococcus.

Vancomycin is limited to systemic infections caused by methicillin-resistant Staphylococcus aureus (MRSA) and intestinal infections and systemic infections caused by Clostridium difficile; penicillins or cephalosporins should not be used for penicillin allergics for patients with severe staphylococcal infection who have failed to treat with the above antibiotics, norvancomycin can be used. Vancomycin is also used for the treatment of enterococcal endocarditis and corynebacterium (diphtheria-like) endocarditis in people allergic to penicillin.

Vancomycin hydrochloride is usually used 2g per day (titer), which can be divided into 500mg every 6 hours or 1g every 12 hours. Each intravenous infusion takes more than 60 minutes. It can be increased or decreased according to age, weight, and symptoms.

The preparation method is to add 10mL of water for injection to a vial containing 0.5g of vancomycin to dissolve, dilute with at least 100mL of saline or 5% glucose injection, and the intravenous infusion time is more than 60 minutes.

People who are allergic to vancomycin antibiotics are not allowed to use vancomycin.

The “superbug” NDM-1 that appeared in South Asian countries such as India has spread to the United Kingdom, the United States, Canada, Australia, the Netherlands and other countries, and 170 people have been infected worldwide. According to US media analysis, although this super bug is terrifying, it is not impossible to control its spread. Domestic experts also believe that super bacteria will not be as ferocious as influenza A, and there is no need to panic.

He Jianfeng, director of the Institute of Epidemiology, Guangdong Provincial Center for Disease Control and Prevention, said that the superbug NDM-1 is actually a genetic change of an enzyme, which is easily mixed with bacteria and becomes a carrier of bacteria, which can be replicated and spread. Superbugs are resistant to many antibiotics, but according to research findings, vancomycin is still effective against it. Major hospitals have reserves and can use it when necessary. However, although vancomycin is effective in the treatment of multi-drug resistant bacteria, it is not known how effective it is.

According to experts, super bacteria can resist almost all antibiotics, and the best antibiotics are tigecycline and vancomycin. If the germ really spreads, pharmaceutical stocks will benefit from it.

Traditionally, vancomycin has been used as the "last line of defense" for antibiotics, and is generally classified as a "tertiary antibiotic", used to treat serious infections that are ineffective against all antibiotics, including golden yellow grapes that are resistant to methicillin.

In recent years, due to the excessive abuse of antibiotics, bacteria that can resist vancomycin, such as vancomycin-resistant enterococcus (VRE), have emerged, causing hidden concerns for the prevention and treatment of infectious diseases. Its status is gradually downgraded by new drugs to the "last-line drug" against infection.

Vancomycin has long been considered the "last drug". It binds to the protein fragments that build the cell wall-peptides to prevent bacteria from producing cell walls and causing them to die. However, bacteria have also continuously increased their drug resistance, reducing the ability of vancomycin to bind to the target.

Today, the risk of infections with vancomycin-resistant enterococci and Staphylococcus aureus is increasing. According to data from the US Centers for Disease Control and Prevention, approximately 23,000 Americans die from 17 antibiotic-resistant bacterial infections each year.

Vancomycin, a polypeptide antibiotic similar to polymyxin B, is often used as the last line of defense against bacterial infections, and is not generally used in clinical practice.

BALLYA provides a ballya-vancomycin-test to tell you if there are vancomycin residues in foods and feed.