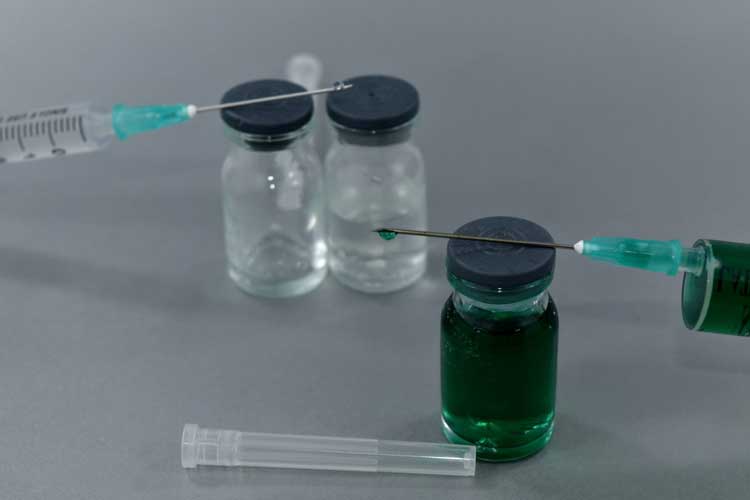 What is gentamicin used to treat?

Gentamicin is one of the few thermostable antibiotics, so it is widely used in media preparation. This broad-spectrum antibiotic independently developed by China is one of the greatest scientific and technological achievements since the founding of New China. It was first developed in 1967 and was successfully identified at the end of 1969. It was named "Gentamicin", which means celebrating the "Ninth Congress" and the greatness of the working class.

Gentamicin is extracted from the fermentation broth of Monospores of Actinomycetes. It is a alkaline compound and is a commonly used aminoglycoside antibiotic. It is mainly used to treat bacterial infections, especially infections caused by Gram-negative bacteria. Gentamicin can bind to the 30s subunit of the bacterial ribosome and block bacterial protein synthesis.

BALLYA provides a gentamicin test to tell you if there are gentamicin residues in dairy products you eat every day.

Wang Yue, whose infant name is Zhongwu, was born in Minhou County (now Fuzhou), Fujian. He was born in Tongming Lane, Shangdu in August 1915. His family had a Wang Dasheng's cigarette shop with a history of more than 200 years. His father, Ainlu, was a scholar in the late Qing Dynasty. Ainlu, a well-known literatus in Fuzhou, was famous for his writing and calligraphy. He participated in the Revolution of 1911 in his early years and served as secretary of the Provincial Construction Department and the Finance Department after the restoration.

Wang Yue was upright, honest, hard-working, and enterprising just like his farther. At the age of twelve (1927), he studied at Fuzhou Yinghua Middle School. In 1929, he transferred to Fuzhou Sany Middle School where he studied hard and ranked among the best.

In August 1941, he was recommended by U.S. Ambassador to China Stuart to go to the Graduate School of Logus University in New Jersey, USA for further study. Under the guidance of the famous Nobel Prize winner, antibiotic research pioneer, and discoverer of streptomycin and neomycin, Professor Wagsman, he completed all the research topics after three years of hard work and achieved excellent results in 1943 Ph.D. in microbiology, received the Golden Key Award from the SIGMX Society, and was hired as a researcher at Merck Pharmaceuticals Institute of Chemical Therapy.

In the early days of liberation, imperialists imposed a complete blockade on China, and imposed an embargo for antibiotics on China. At that time, it was the golden age of antibiotic research and production in various countries in the world, while there was an extreme shortage of antibiotics in China. At this critical moment, Wang Yue felt that he had the responsibility to share the worries for the country and the people, and was determined to fill the gap in medicine in the motherland.

In 1965, he first proposed the research field of finding new antibiotics from Micromonospora in China. In 1966, he and his assistants isolated the well-known gentamicin-producing bacteria from Micromonospora, and officially put it into production on the 20th anniversary of the founding of the People’s Republic of China in 1969. According to statistics, from the start of production to 1985, there were 40 factories across the country producing 868 tons with an output value of more than 1 billion yuan. The discovery of gentamicin has pushed the research and production of antibiotics in China to a new stage, and has made significant contributions to the Chinese medical industry.

Gentamicin is an aminoglycoside drug. Gentamicin mechanism of action is to act on ribosomes in bacteria, inhibit bacterial protein synthesis, and destroy the integrity of bacterial cell membranes. Gentamicin can first diffuse through the porins of the outer cell membrane through passive diffusion, then enter the cell through the cell membrane by the transport system, and irreversibly bind to the isolated ribosomal 30S subunit, leading to the destruction of the A site, and then:

Gentamicin has good stability and a wide range of efficacy. And more importantly, it is of great significance in the history of antibiotic discovery in China. However, gentamicin, like other antibiotics, has certain side effects, especially on hearing and liver and kidney function.