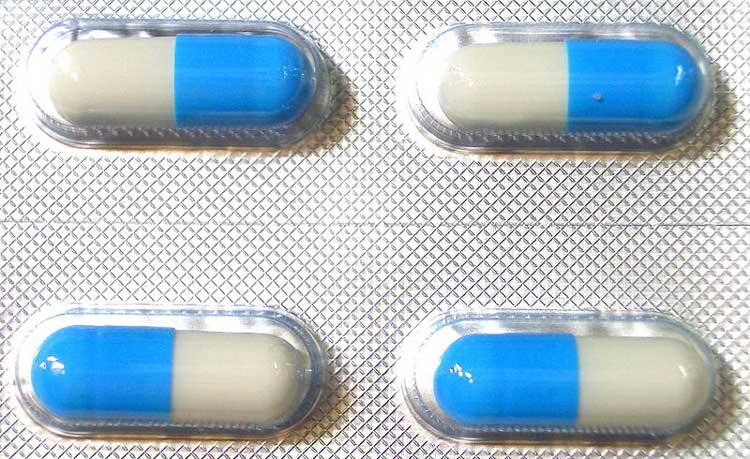 What are the side effects of clarithromycin 500 mg?

Clarithromycin is a derivative of erythromycin. It was successfully developed by Taisho Corporation of Japan in the early 1990s and registered under the trade name Clarith. After that, Taisho first transferred its technology to Abbott of the United States for production. It was listed in Ireland and Italy in 1990. In October 1991, it was approved by the FDA as a new drug for the IB category. The brand name is Biaxin. In 1993, it was listed in Hong Kong, China as Klacid.

The brand name in Europe and Asia is Klaxian. It has been listed in many countries, and the market share has grown steadily, and it has played an important role in clinical practice. Clarithromycin has the characteristics of high efficiency, easy absorption by oral administration, and good acid stability. The drug has strong activity against gram-positive bacteria, stable to enzymes, and has a high concentration in serum and lung tissue. It is clinically proven that the in vivo activity is 6-10 times that of erythromycin and 14-35 times that of josamycin.

It is characterized by improved bioavailability, excellent distribution in tissues and cells, long half-life, and its adverse reaction rate is only 3%. It is used for the treatment of upper and lower respiratory tract and skin and soft tissue infections. It has become a replacement for erythromycin of macrolide antibiotics. In addition, the US FDA has approved the combination of clarithromycin and losec as a treatment plan for gastric and duodenal ulcers caused by Helicobacter pylori; this drug is also the first choice for the treatment of infections in AIDS patients.

Clarithromycin is a 14-membered ring macrolide antibiotic. The antibacterial spectrum is the same as that of erythromycin and roxithromycin, but the antibacterial effect on Gram-positive bacteria such as Streptococcus, pneumococcus, and staphylococcus is slightly better, and it also has certain effects on induced erythromycin-resistant strains.

Clarithromycin and its metabolites in the body have enhanced antibacterial effects on influenza bacilli. Clarithromycin also has a certain effect on Neisseria gonorrhoeae, Listeria, Campylobacter jejuni, and has a stronger effect on Legionella pneumoniae, Mycoplasma pneumoniae, Chlamydia trachomatis, Ureaplasma urealyticum, etc. than erythromycin.

In addition, it has certain activity against Treponema pallidum, Mycobacterium avium and Toxoplasma murine, and most of them are better than other species. In addition to having a strong antibacterial effect on anaerobic cocci, the effect on Bacteroides fragilis is better than that of erythromycin. The effect of Clarithromycin on Staphylococcus aureus, Streptococcus pyogenes, Influenza bacillus and other antibiotics is significantly stronger than erythromycin.

This drug is a macrolide antibiotic, and its mechanism is to inhibit the synthesis of protein by blocking the connection of the 50S subunit of the nucleoprotein to produce antibacterial effects. This drug has an inhibitory effect on Gram-positive bacteria such as Staphylococcus aureus, Streptococcus, pneumococcus, etc., and against some Gram-negative bacteria such as Haemophilus influenzae, Bacillus pertussis, Gonorrhoeae, Legionella pneumophila and some Anaerobic bacteria such as Bacteroides fragilis, Peptostreptococcus, and Propionibacterium acnes.

In general, clarithromycin can treat and relieve sensitive bacterial infections of the ear, nose, throat, lower respiratory tract, skin and soft tissues. For example, if there is acute otitis media, or urethritis, etc., this medicine can be used.

The antibacterial spectrum is similar to erythromycin. It is stable to gastric acid and has a stronger effect on Gram-positive bacteria. It has antibacterial activity against some Gram-negative bacteria, Streptococcus, Mycoplasma and Chlamydia. It is effective against Streptococcus pneumoniae, Streptococcus pyogenes, Staphylococcus aureus, Moraxella catarrhalis, Haemophilus influenzae and Mycoplasma pneumoniae. Clinically, it is mainly used for bronchitis, pneumonia, pharyngitis, tonsillitis, mycoplasma pneumonia, skin and soft tissue infections, otitis media, periodontitis, whooping cough, scarlet fever.

Clarithromycin is a biochemical reagent, which plays a role in preventing microbial contamination and resistance screening in tissue culture. In addition, clarithromycin is a 14-membered ring macrolide antibiotic in remedies. The antibacterial spectrum is the same as that of erythromycin and roxithromycin, but the antibacterial effect on Gram-positive bacteria such as Streptococcus, pneumococcus, and staphylococcus is slightly better, and it also has certain effects on induced erythromycin resistant strain Antibacterial activity.

Adults take 250 mg every 12h, and the dose for severe patients can be increased to 500 mg every 12h; the course of treatment depends on the degree of infection, usually 7 to 14 days. If the creatinine clearance rate is less than 0.501ml/1.73 square meters, the dose is halved.

Children's dose: 7.5 mg/kg each time, 2 times a day, the highest dose does not exceed 500 mg per day. Mild cases: 250 mg each time, 500 mg each time for severe cases, once every 12 hours, and the course of treatment is 7-14 days. Children over 12 years old are counted as adults. Children under 12 should not use this medicine.

Except that its eliminating inflammation, clarithromycin also has its own adverse reactions. The common ones are diarrhea, nausea, taste changes, indigestion, abdominal pain, etc. The general conditions are relatively mild; leukopenia, elevated alkaline phosphatase, and elevated bilirubin are common during medication; occasionally pseudomembranous enteritis and Pancreatitis can be seen; in some cases, clarithromycin may also cause ventricular arrhythmia and prolonged Q-T interval.

People who are allergic to macrolides, pregnant women, breastfeeding women, people with severe liver and kidney dysfunction, arrhythmia, bradycardia, prolonged QT interval, iron deficiency heart disease, congestive heart failure and water and electrolyte disorders should use it with caution. The product is mainly metabolized and excreted in the liver, so patients with liver insufficiency, severe renal insufficiency, and elderly people over 65 years old need to pay special attention to adverse reactions when using the drug.

Gastrointestinal dysfunction and systemic symptoms may be caused by overdose, and gastric lavage and supportive therapy can be given. Neither hemodialysis nor peritoneal dialysis can remove the product, so gastric lavage should be performed as soon as possible, and corresponding treatment should be given. It is forbidden for pregnant women (the concentration of Clarithromycin in animal embryos is 2-17 times that of human serum). Breastfeeding women should use it with caution (breastfeeding should be suspended).

Clarithromycin is a derivative of erythromycin. It is highly effective, easy to absorb orally, and has good acid stability. In general, clarithromycin can basically replace erythromycin. But doctors still need to pay attention to the dosage and combination of clarithromycin, because if it is used improperly, it will put the patient in danger.

BALLYA provides a clarithromycin-rapid-test-dipsticks to tell you if there are clarithromycin residues in aquatic products you eat.