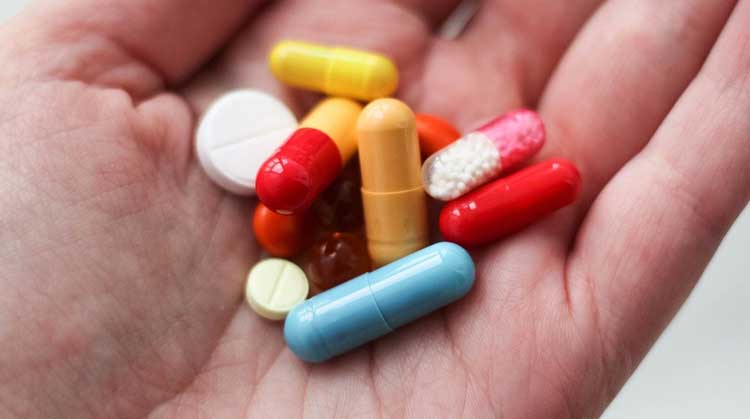 If you drink milk at home, BALLYA can also do an erythromycin test to let you know if there are erythromycin residues in the milk you drink in 10min.

This product is one kind of macrolide antibiotics, made from the culture broth of the actinomycete Streptomyces erythreus isolated from the soil on the island of Panay. It was first published by EliLilly in 1952. Several analogues such as erythromycin B and C are produced in the culture solution at the same time, and the difference in solvent solubility is used to remove them.

Erythrocin is a kind of basic antibiotic produced by Streptomyces erythreus, belonging to the macrolide group. Erythromycin is a bacteriostatic agent, but it also has a bactericidal effect on highly sensitive bacteria at high concentrations.

Erythromycin mechanism of action is that it can penetrate the bacterial cell membrane to reversibly bind to the 50S subunit of the bacterial ribosome near the donor site ("P" position), blocking transfer ribonucleic acid (tRNA) from binding to the "P" position, and also blocking the displacement of the polypeptide chain from the receptor position ("A" position) to the "P" position. This process inhibits the synthesis of bacterial protein and thus has an antibacterial effect. Erythromycin is only effective against bacteria that divide actively.

The protein binding rate is 70% to 90%. The half-life is about 1.4-2.0h, and the half-life of anuria patients can be extended to 4.8-6.0h. Free erythromycin is metabolized in the liver, mainly concentrated in the liver and excreted from the bile. Approximately 2% to 5% of the oral dose and 10% to 15% of the injection volume are filtered from the glomerulus and excreted in the urine. The concentration in urine can reach 10-100μg/ml. In addition, the stool also contains a certain amount of medicine. Peritoneal dialysis and hemodialysis cannot effectively remove erythrocin.

What is erythrocin used for?

In addition, it has inhibitory effect on mycoplasma, actinomycetes, spirochetes, rickettsiae, chlamydia, nocardia, a few mycobacteria and amoeba. Staphylococcus aureus and other Staphylococcus and Streptococcus bacteria. It is characterized by strains that are resistant to penicillin and sensitive to the product. The mechanism of action is than it mainly combines with the 50S subunit of ribonucleoprotein body, inhibiting peptide acyltransferase, affecting the translocation process of ribonucleoprotein body, and hindering peptide chain growth and bacterial protein synthesis.

How to use erythrocin?

Erythrocin can pass through the placental barrier and enter breast milk. Pregnant and lactating women and those who are allergic to macrolides should use it with caution.

What are the side effects of erythrocin?

Erythrocin has antibacterial effects on many bacteria and can replace penicillin in some cases. Therefore, erythromycin has a wide range of uses and good effects. But we should also pay attention to the side effects and drug interactions of erythromycin.