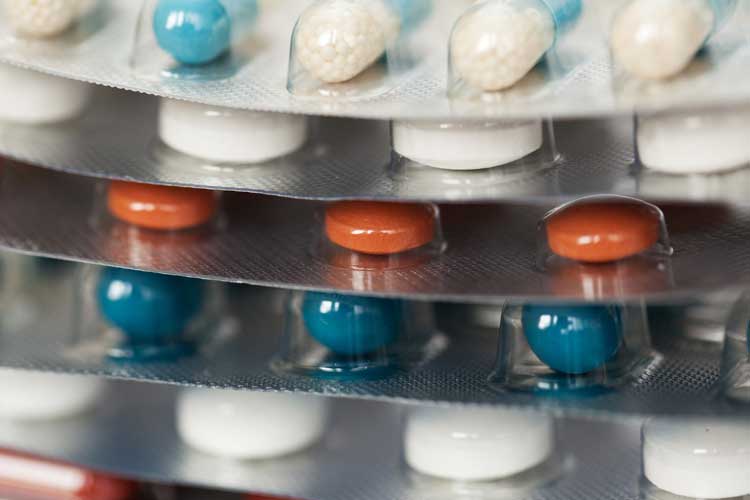 What are beta lactam antibiotics examples?

What are beta lactam antibiotics?

Beta lactam antibiotics (β-lactams) refer to a large group of antibiotics with beta lactam ring in the chemical structure, including penicillins and cephalosporins that are most commonly used clinically, as well as the newly developed atypical β-lactam antibiotics such as cephamycin, sulfur drug class and single ring -lactam.

Such antibiotics have the advantages of strong bactericidal activity, low toxicity, wide indications and good clinical efficacy. The chemical structure of this class of medicines, especially the change of the side chain, has formed many antibiotics with different antibacterial spectrum and antibacterial effects and various clinical pharmacological properties.

The mechanism of action of various β-lactam antibiotics is similar, and they can inhibit cell wall mucopeptide synthase, that is, penicillin binding protein, thereby hindering the synthesis of cell wall mucopeptide, causing bacterial cell wall defect, bacterial cell expansion and lysis. In addition, the lethal effect on bacteria should also include triggering the autolysin activity of the bacteria, and mutant strains lacking autolysin show resistance. Animals have no cell wall and are not affected by β-lactam drugs. Therefore, this class of drugs has a selective bactericidal effect on bacteria and has low toxicity to the host.

In the past ten years, it has been confirmed that the special protein PBPs on the bacterial cytoplasmic membrane is the target site of β-lactam drugs. The number, molecular weight, and sensitivity of PBPs on the cell membrane of various bacteria are different, but bacteria with similar taxonomy have similar types and physiological functions of PBPs.

For example, E. coli has 7 kinds of PBPs. PBP1A and PBP1B are related to bacterial elongation. Penicillin, ampicillin, cephalothin, etc. have high affinity with PBP1A and PBP1B, which can inhibit the growth, reproduction and extension of bacteria, and the bacteria will dissolve and die. PBP2 is related to the shape of tubes. Mecillin, clavulanic acid and thiomycin (imipenem) can selectively combine with them to make bacteria form large round cells, which are stable to osmotic pressure, and can continue to grow for several generations before dissolvation and death.

The function of PBP3 is the same as that of PBP1A, but the amount is smaller, which is related to septum formation and bacterial division. Most penicillin or cephalosporin antibiotics mainly combine with PBP1 and (or) PBP3 to form filaments and spheroids, which make bacteria deform, shrink, gradually dissolve to death. PBP1, 2, 3 are necessary for the survival, growth and reproduction of bacteria. PBP4, 5, and 6 are related to the activity of carboxypeptidase and are of no importance to the survival and reproduction of bacteria. After antibiotics are combined with them, they have no effect on bacteria.

Penicillin (penicillin G), also known as benzyl penicillin, is a natural penicillin with a benzyl side chain. Its sodium or potassium salt is commonly used. Its crystal powder is stable at room temperature and easily soluble in water. Its aqueous solution is unstable at room temperature. When it is placed at 20°C for 24 hours, the antibacterial activity decreases rapidly, and antigenic degradation products can be generated. So penicillin should be prepared as an aqueous solution before use.

Cephalosporin antibiotics are semi-synthetic antibiotics made from the nucleus 7-aminocephalosporanic acid (7-ACA) of cephalosporins connected to different side chains. This class of antibiotics has the advantages of wide antibacterial spectrum, strong bactericidal power, stability to gastric acid and beta lactamase, less allergic reaction, (only partial cross-allergic phenomenon with penicillin), etc. According to its antibacterial characteristics and different clinical applications, it can be divided into four generations of cephalosporins).

Cephalosporins are bactericidal drugs, and their antibacterial mechanism is similar to penicillins, and they can also bind to different penicillin binding proteins (PBPs) on the cell wall.

Bacteria have partial cross-resistance to cephalosporins and penicillins.

Cephamycin is a beta lactam antibiotic obtained from Streptomyces. There are three types: A, B, and C, with type C being the strongest. It has a wide antibacterial spectrum, a strong effect on gram-negative bacteria, stable to a variety of beta lactamases. The chemical structure of cephamycin is similar to that of cephalosporin, but there is a methoxy group on the 7th carbon of the cephalosporin nucleus.

Latamoxef, also known as moxalactam, has a chemical structure of oxycephalosporin. Its sulfur at position 1 is substituted by oxygen, and carbon at position 7 also has a methoxy group. It has a broad antibacterial spectrum and has antibacterial activity similar to cefotaxime. It has a strong effect on Gram-positive and negative bacteria and anaerobic bacteria, especially Bacteroides fragilis. It is extremely stable to beta lactamase and maintains the plasma concentration for a long time.

Aztreonam is the first monocyclic beta lactam antibiotic that has been successfully used in clinical practice. It has a strong bactericidal effect on aerobic gram-negative bacteria, with enzyme resistance, low toxicity, and no cross allergy to penicillin. It can be used for patients allergic to penicillin and is often used as a substitute for aminoglycosides.

Thienamycin chemical structure belongs to carbapenems, and the thiazole ring has a saturated chain, and the 1-position sulfur is substituted by carbon. It has a broad antibacterial spectrum with strong antibacterial effect and low toxicity, but it has extremely poor stability and no practical significance. Mipenem (imipenem, imithiamycin) has the characteristics of high efficiency, broad antibacterial spectrum and enzyme resistance. It is easily inactivated by dehydropeptidase in the body. The mixture used is a combination of this product and the peptidase inhibitor cilasTATin, called tienam, which has good stability and is for intravenous infusion.

Carbapenem antibiotics are a new type of beta lactam antibiotics transformed from the penicillin, which came out in the 1980s. Its structure is similar to the penicillium ring of penicillins, except that the sulfur atom on the thiazole ring is replaced by carbon, and there is an unsaturated double bond between C2 and C3; in addition, the 6-position hydroxyethyl side chain is reversed conformation.

Studies have shown that it is this special group that makes the cis-conformation of this type of compound significantly different from the usual penicillene. It has an extremely broad spectrum, strong antibacterial activity, high degree of resistance and stability to beta lactamase. At present, Taineng (imipenem and cilastatin) and meropenem are commonly used.

Beta lactam has a very rich classification and a broad antibacterial spectrum. But it also has some side effects similar to other antibiotics, so people need to refer to specific precautions when using such antibiotics.