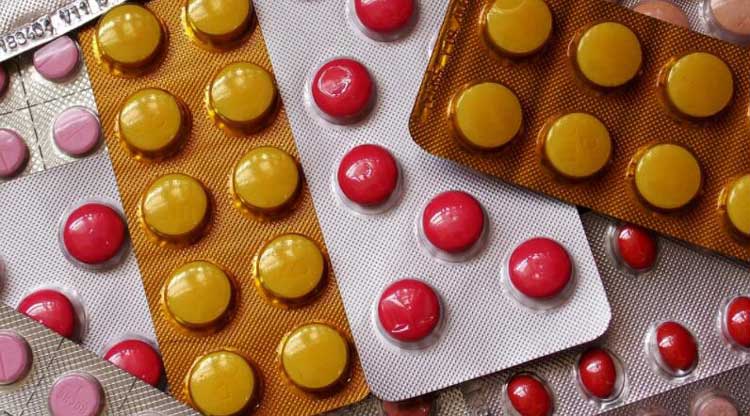 What should be the azithromycin dosage?

It is suitable for the following infections caused by sensitive bacteria: bronchitis, pneumonia and other lower respiratory tract infections; skin and soft tissue infections; acute otitis media; upper respiratory tract infections such as sinusitis, pharyngitis, tonsillitis, etc. (penicillin is a commonly used drug for the treatment of Streptococcus pyogenes pharyngitis, and also a commonly used drug to prevent rheumatic fever. Azithromycin can effectively eliminate oropharyngeal streptococci, but there is no data on the efficacy of azithromycin in the treatment and prevention of rheumatic fever).

This product is stable to gastric acid. Although the oral bioavailability is only 37% and the peak plasma concentration is about 0.4μg/ml after a single dose of 0.5g in 2 to 3 hours, the tissue distribution is good and the protein binding rate is low (7% to 23%), the eliminated half-life is 12 to 14 hours, and the concentrations in prostate, tonsils, lung tissue, stomach tissue, and female genital tissues reach 2.6 μg/g, 4.5 μg/g, 3.6 μg/g, 6.1 μg /g and 2.7～3.5μg/g respectively in 12 to 30 hours after taking the medicine.

More than 50% of the drugs are excreted by bile in their original form, and some are demethylated metabolites. The drug stays in the tissue for a long time and the release is slow. After a single dose is taken 14 days, the original drug can still be detected in the urine. The urinary excretion rate within 1 week is less than 6%, and the renal clearance rate is 1.67～3.156ml/s. The reason why the concentration of this product in the tissue is significantly higher than the blood concentration of the drug is mainly due to the active movement of the drug from local tissues to the above cells through neutrophils and phagocytes. Neutrophils that store drugs at the site of infection are stimulated by bacteria to release drugs and play an antibacterial effect.

It is administered orally once a day, swallowed whole, and can be taken with food. Azithromycin tablets are used to treat various infectious diseases. The course of treatment and the method of use are as follows: For sexually transmitted diseases caused by Chlamydia trachomatis, Haemophilus duke or Neisseria gonorrhoeae, only a single oral administration of 1000 mg of this product is required. Treatment of other infections: The total dose is 1500 mg, 500 mg of this product is taken once a day for three days. Or the total dose is the same, 500 mg on the first day, 250 mg orally once a day on the 2nd to 5th day.

After the listing, other adverse events reported during the use of this product include:

Azithromycin is a new generation of macrolide antibiotics. Compared with erythromycin, it has stronger antibacterial activity, wider antibacterial spectrum and fewer adverse reactions. Another extremely important feature is that azithromycin has a typical post-antibiotic effect, which is related to its long blood half-life.

Relevant data show that after oral or intravenous infusion of azithromycin, its blood half-life can be as long as 35 to 48 hours, so azithromycin can still maintain the minimum effective inhibitory concentration within 72 hours after stopping the drug. This feature, on the one hand, makes it have a long-acting effect. It only needs to be taken once a day to achieve the same therapeutic effect as erythromycin taken multiple times a day.

On the other hand, it does not need to be administered continuously. When applying azithromycin to treat mycoplasma pneumonia and mycoplasma infectious diseases of the urogenital tract, sequential therapy is often adopted, that is, the drug is administered for 3 days and then stopped for 4 days, and the circle continues. In this way, taking the medicine once a day and taking the medicine for a short period of time can significantly increase the patient's compliance and significantly reduce the adverse reactions.

However, some patients have not yet realized this characteristic of azithromycin, or they are based on the habit of taking the drug 3 times a day, or they feel unsafe for taking the drug only once a day and "serving 3 and stopping 4", so they increase the number of medications at will, took azithromycin several times a day, or decide to continue medication by themselves. The results are not helpful to improve the condition, only to increase the adverse reactions.

Therefore, patients should strictly follow the doctor's advice, take azithromycin only once a day, and prevent multiple medications for a day and long-term medication.

Azithromycin has a good effect on many infections, but the side effects and drug resistance of Azithromycin are evident. We must strictly follow the doctor's instructions to control the azithromycin dosage.