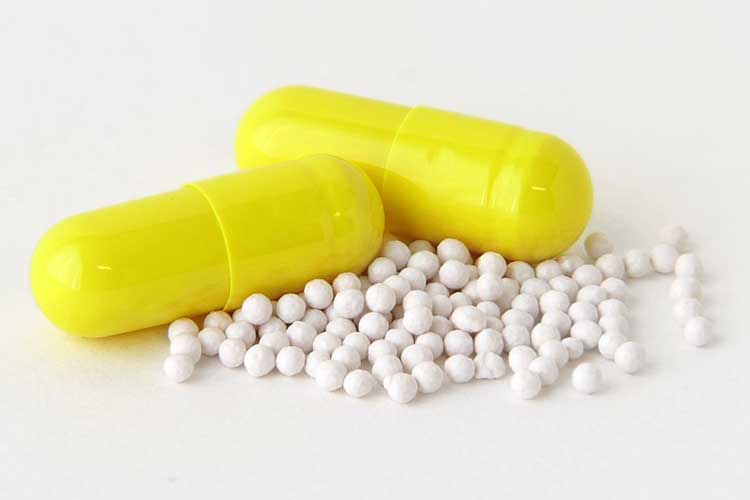 Is ceftiofur a cephalosporin?

Cephalosporin antibacterial drugs are effective drugs for veterinary treatment, and now they are used more and more widely in the livestock and poultry breeding industry. From the point of view of drug molecular structure, all cephalosporin drug molecules contain the structure of cephem, so they belong to beta lactam antibiotics, which is the 7-aminocephalosporan acid (7-ACA) in beta lactam antibiotics, so they have similar sterilization mechanisms.

From the perspective of antibacterial action mechanism, this kind of antibacterial drugs can destroy the cell wall of bacteria and show the strongest bactericidal effect during the reproduction period. It has strong selective effect on bacteria, but almost no toxicity to the animal body; and has the advantages of broad antibacterial spectrum, strong antibacterial effect, resistance to penicillinase, and less common allergic reactions than penicillins. Therefore, they are a kind of important antibiotics with high efficiency, low toxicity and wide clinical application.

It is the third generation cephalosporins for animals with strong antibacterial activity, broad antibacterial spectrum. It has strong effects against Gram-negative bacteria such as Escherichia coli, Salmonella, Pasteurella multocida, and Actinobacillus pleuropneumoniae, etc.; the effect against gram-positive bacteria is weaker than that of the first generation.

This product is not absorbed by oral administration. It is rapidly absorbed by intramuscular and subcutaneous injection, and is widely distributed. The effective blood concentration is maintained for a long time. It first metabolized into active deoxyfuroyl ceftiofur, and then metabolized into non-live milk products. Most of them are eliminated by urine and feces within 24h after intramuscular injection.

Compared with the previous two generations, the third-generation cephalosporins have reduced activity against G+ cocci, enhanced stability to G-bacillus lactamase, and effective anti-G-bacillus effect, which is significantly better than the first and second generations; the antibacterial spectrum has been significantly expanded, and the antibacterial effect on anaerobic bacteria and Pseudomonas aeruginosa has been increased. The third-generation cephalosporins can reach different tissues, synovial cavity and body fluids, and can directly reach the cerebrospinal fluid of patients with meningeal inflammation; no nephrotoxicity. Representative drugs mainly include ceftiofur.

The third-generation cephalosporins are the most widely used cephalosporins in hospitals. They are divided into two categories according to their characteristics of killing gram-negative bacilli. One type mainly kills Enterobacteriaceae bacteria such as Escherichia coli, Proteus, Klebsiella, and also has the effect of killing Gram-positive bacteria. Commonly used are ceftriaxone and ceftiofur, etc.; the other is mainly to kill Pseudomonas aeruginosa, and also includes other gram-negative bacilli.

This product is quickly absorbed after intramuscular and subcutaneous injection, with high drug concentration in the blood and tissues, and the effective blood drug concentration is maintained for a long time, the elimination is slow, and the half-life is long. After intramuscular injection to cattle and pigs, it is quickly absorbed within 15min and forms the first-level metabolite Desfuroyl ceftiofur (DFC) in the plasma. Since the lactam ring is not damaged, its antibacterial activity is consistent with that of Ceftiofur. DFC can further form inactive DFC cysteine ​​difluid in the tissue. The apparent volume of distribution of this product ≤ 1L/KG. Pigs, sheep, and cattle have the highest concentration in the kidney after intramuscular injection of multiple doses, followed by lung, liver, fat and muscle, which can generally maintain a concentration higher than MIC.

For example, pigs are injected intramuscularly at 3 mg/kg once a day for 3 days. The tissue concentrations are: plasma 3.25, respiratory tract 0.60, skin 0.57, lung 0.49, tonsil 0.30, and joint fluid 0.29. Cows were injected intramuscularly at 1 mg/kg, once a day for 5 days, and their tissue concentrations were plasma 1.0 (7.5H after injection), joint fluid 0.65 (2.5H after injection), lung 0.36, and jejunum 0.34. It mainly appears in the formation of the inactive free metabolite-DFC cysteine ​​disulfide in milk. Cefoxifur is excreted slowly, and its half-lives on animals are significantly different (T1/2 for horses, cattle, sheep, pigs, dogs, chickens, and turkeys) are 3.15, 7.12, 2.83, 14.5, 4.12, 6.77 and 7.45H. But most of them can be excreted in urine and feces within 24 hours after intramuscular injection. DFC is rapidly degraded to inactive compounds in the feces of cattle, pigs and chickens.

It has broad potential sterilization effect. It is effective against both gram-positive and blue-negative bacteria. The antibacterial activity is stronger than ampicillin, and the activity against streptococcus is better than that of quinolones. This product is quickly absorbed after intramuscular injection, and is mainly used for respiratory diseases (transportation fever, pneumonia) caused by Pasteurella hemolyticus, Pasteurella multocida and Haemophilus saccharum. It is also effective for respiratory infections such as Corynebacterium pyogenes. It can also treat foot rot caused by Fusobacterium necrosis and Bacteroides niger.

Subcutaneous injection: once per 1 kg body weight Dog 2.2 mg once a day, continuous use for 5 to 14 days

Cephalosporins are widely used for both human and veterinary use, and there are many varieties, but when we use them, we must pay attention to their compatibility. It is best to follow the doctor's instructions for medication, and do not use them randomly, otherwise the losses are large! Among them, ceftiofur cannot be compatible with dexamethasone, hydrocortisone and other drugs.

Ceftiofur is a third-generation cephalosporin with a broad-spectrum antibacterial effect.

Dexamethasone is a long-acting anti-inflammatory, anti-toxin, and anti-allergic adrenal glucocorticoid drug. Ceftiofur is oxidizing (contains multiple imino groups and amide groups), and dexamethasone is reductive (contains two ethylenic bonds). If the two are mixed together, redox reaction or polymerization reaction will occur.

These two drugs are widely used in veterinary clinics. Especially in the case of infection accompanied by fever, more attention should be paid.

Ceftiofur is the first animal-specific third-generation cephalosporin antibiotic. It has the characteristics of broad antibacterial spectrum and strong antibacterial activity. After administration, it is absorbed rapidly, with high bioavailability, long half-life and lasting efficacy. In recent years, ceftiofur has been widely used in veterinary area.

Ceftiofur belongs to beta lactams. And BALLYA provides a betalactam test to tell you if there are beta lactams residues in dairy products you eat every day.