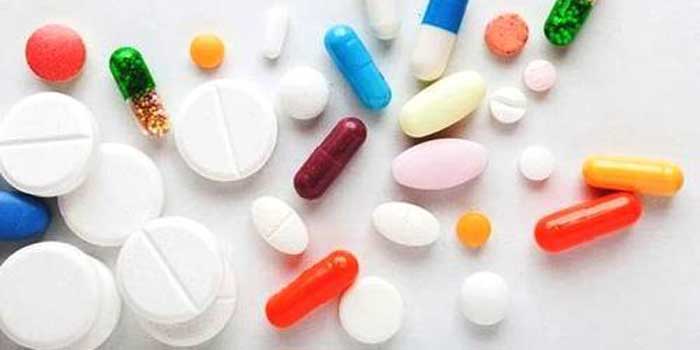 In 1979, Norfloxacin was synthesized, and then a series of fluorine-containing new quinolones were synthesized, commonly known as fluoroquinolones. Quinolone drugs are divided into four generations, and the third generation is widely used. Commonly used drugs include norfloxacin, ofloxacin, ciprofloxacin, fleroxacin, etc. These drugs have bactericidal effects on a variety of Gram-negative bacteria, and are widely used in the treatment of genitourinary system diseases, gastrointestinal diseases, and the treatment of gram-negative bacterial infections in the respiratory tract and skin tissues.

It has a strong antibacterial effect and a broad antibacterial spectrum. It mainly fights against Gram-negative bacteria and also has a considerable effect on Gram-positive bacteria. It is widely distributed in the body and can enter bones, joints and prostate tissues that most drugs cannot enter. Quinolones rarely develop resistance by themselves, and there is no cross-resistance with other antibacterial drugs, which is conducive to the combination of other antibiotics.

Quinolones are divided into first, second, third and fourth generations according to the order of invention and their antibacterial properties.

The adverse reactions are smaller, but the price is more expensive. It has enhanced antibacterial activity against gram-positive bacteria, enhanced effect on anaerobic bacteria including Bacteroides fragilis, and typical pathogens such as Mycoplasma pneumoniae, Chlamydia pneumoniae, Legionella and Mycobacterium tuberculosis. Most products have prolonged half-life, such as gatifloxacin, trovafloxacin, clinfloxacin, and moxifloxacin.

The basic skeletons of quinolone antibiotics are all nitrogen (hetero) double cyclic structures. Quinolones and other antibacterial drugs have different points of action. They target bacterial deoxyribonucleic acid (DNA). The double-stranded DNA of bacteria is twisted into loops or spirals (called supercoils). The enzyme that makes the DNA supercoils is called DNA gyrase. Quinolones hinder this enzyme and further cause irreversible damage to the bacterial DNA, so that the cells cannot divide. They show selective toxicity to bacteria.

Quinolone antibiotics are a class of drugs commonly used by humans and animals. Because of their wide antibacterial spectrum, strong antibacterial activity, no cross-resistance with other antibacterial drugs, and low side effects, they are widely used in disease control of livestock, aquaculture and other breeding industries, including chickens, ducks, geese, pigs, cattle, Sheep, fish, shrimp, crab, etc.

Enrofloxacin, a kind of fluoroquinolone antibiotics, has the characteristics of wide antibacterial spectrum, strong bactericidal power, rapid action, wide distribution in the body and no cross-resistance with other antibiotics. It prevents and treats bacterial infections and mycoplasmosis in livestock and poultry.

The future of quinolones

Quinolone drugs are widely used in the treatment of human and animal diseases. Due to the residues of quinolone drugs in animal tissues, quinolone antibiotics accumulation in the human body after human consumption of animal tissues, they can result in severe resistance to human diseases. The medicinal properties affect the treatment of human diseases. As the saying goes, medicine is poison in one way. Long-term intake of animal-derived foods containing quinolones is pernicious to the human body.

Long-term consumption of animal foods and Chinese patent medicine health foods containing low concentrations of QNs drugs can easily induce the transmission of drug resistance, thereby affecting the clinical efficacy of such drugs. Therefore, the problem of quinolone residues has attracted more and more attention. The Joint Committee of Food Additives Experts of the Food and Agriculture Organization of the United Nations and the World Health Organization and the European Union have established maximum residue limits for various quinolones in animal tissues. The US FDA announced in 2005 that the use of enrofloxacin, an antibacterial drug used to treat bacterial infections in poultry, was banned.

Quinolones, broad-spectrum antibacterial drugs, are mainly used for the treatment of human diseases. In order to avoid harm to the human body caused by consumption of animal foods containing quinolone residues, it is necessary to develop animal-specific quinolone drugs.

However, it is necessary to evaluate the safety of animal-specific quinolones for humans.

Quinolones have a broad antibacterial spectrum and strong antibacterial effect. Coupled with the special mechanism of action of quinolones, it can be used with other antibiotics without worrying about the drug resistance.

BALLYA provides a Quinolones Rapid Test Kit to tell you if there is quinolones residues in dairy products you eat every day.