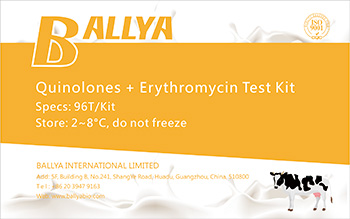 What is quinolones erythromycin combo test?

Two-Sensor Kit, rapid to detect quinolones and erythromycin residues in milk and dairy product by using colloidal gold immune-chromatography technology. As soon as 7 minutes to results.
Get A Free Quote! 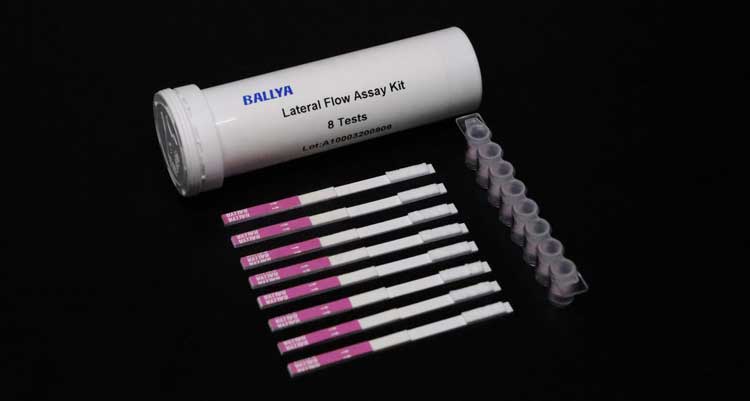 Quinolone drugs are a new type of chemically synthesized antibacterial drugs. The first quinolone drug, nalidixic acid, was accidentally discovered in 1962, and it was applied clinically because of its unique antibacterial characteristics.

The first and second generation quinolone drugs such as nalidixic acid and pipemidic acid, because their antibacterial spectrum is limited to gram-negative intestinal bacilli, are clinically limited to the treatment of urinary tract infections and intestinal infections.

In the past 50 years, this kind of drugs has developed rapidly to the IV generation, and has become one of the most commonly used clinical anti-infective drugs. At present, the most widely used clinically are the "Three Musketeers" are ciprofloxacin, levofloxacin and moxifloxacin.

It has a broad antibacterial spectrum and strong antibacterial activity, and some are comparable to the third-generation cephalosporins (such as ofloxacin, etc.). It also has an effect on the gram-positive bacteria Staphylococcus and methicillin-resistant Staphylococcus aureus (MRSA). Some new fluoroquinolones are also effective against mycoplasma and chlamydia.

It has good oral absorption and wide tissue distribution. Generally, the peak time of fluoroquinolone in blood after oral administration is 1 to 2 hours, and its plasma protein binding rate is low, about 10% to 40%. After taking the drug, it can be widely distributed in tissues such as liver, kidney, skin and lung.

It has a wide range of treatment, and has certain therapeutic effects on intestinal, urinary, biliary, and respiratory infections, prostatitis, osteomyelitis, etc., widely used in the treatment of infections in various departments.

Ofloxacin can still inhibit 96.8% of Gram-negative bacteria and 93.3% of Gram-positive bacteria after 8 years of use in Germany; Ciprofloxacin has 91% of Pseudomonas aeruginosa and 95% of golden yellow in the UK Staphylococcus is sensitive to it; investigations in China have shown that the resistance of fluoroquinolones to Pseudomonas aeruginosa has been on the rise in recent years, from 4.4% to 10%.

Erythromycin is white or off-white crystal or powder; odorless, bitter taste; slightly hygroscopic. It is easily soluble in methanol, ethanol or acetone, and very slightly soluble in water. Its free base is for oral use, and its lactobionate is for injection. In addition, there are ethyl succinate (erythromycin ethylsuccinate) and dodecyl sulfate of propionate (erythromycin) for medicinal use.

Erythromycin can penetrate the bacterial cell membrane and reversibly bind to the 50S subunit of the bacterial ribosome near the donor site (P site), blocking transfer ribonucleic acid (t-RNA) from binding to the P site, and at the same time blocking peptides chain transferring from the acceptor site (A site) to the P site, thereby inhibiting bacterial protein synthesis.

Erythromycin is a macrolide antibiotic. Its antibacterial spectrum is similar to penicillin. Patients allergic to penicillin can choose erythromycin. It is sensitive to Gram-positive bacteria, used for acute tonsillitis, acute pharyngitis, acute sinusitis and other ENT diseases caused by Streptococcus hemolyticus Streptococcus pneumoniae.

The harm of quinolones and erythromycin

With the continuous improvement of living standards, people are paying more and more attention to the quality and safety of animal products. While demanding rich nutrition, they hope to enjoy green, pollution-free, and low-residue animal products.

However, because of the wide application of antibiotics in veterinary and feed additives, the contradiction of drug residues is becoming more and more prominent. If animal food with antimicrobial drug residues is eaten for a long time, some sensitive flora will be inhibited or killed, which will destroy the dynamic balance of the microbiota in the human body.

Quinolones are a new type of antibiotics. Long-term use of it by cows will reduce the immunity of cows and reduce their milk production. Milk contains antibiotics, causing economic losses to dairy stations and dairy farmers. Long-term use of quinolone drug residues in milk causes human respiratory infections, gene mutations, and cancer. 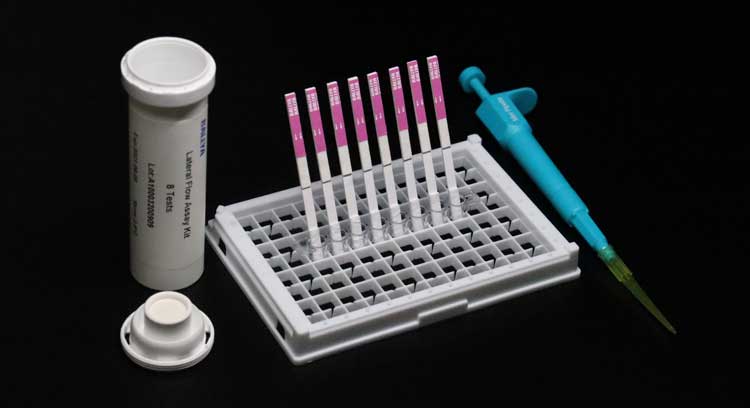 How to use Quinolones Erythromycin Combo Test?

How to order a Quinolones Erythromycin Combo Test?