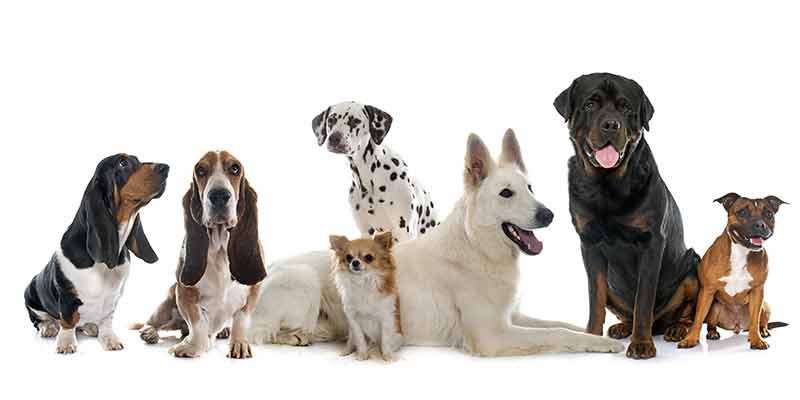 As a companion animal for human life, pets are an important source of happiness and happy life. In many cases, pets can make people’s lives healthier and better. Communicating with pets is extremely beneficial to the human heart, and it can also alleviate people’s psychological stress. For lonely old people, keeping pets adds a bit of color to their lives and is a good companion for their lives. For children, keeping pets can foster children’s sense of responsibility and love and enhance their social skills. For families Pets can not only protect the family as a guard, but also promote family harmony.

The most common pets are cats and dogs. A survey of people who have kept dogs and cats in life, they also have a relatively good health condition, gradually reduced to see a doctor. It can be seen that keeping pets is very helpful to human health. While paying attention to the health and well-being of human life, the health of pets is also important. The existence of pets today is quite common, and the health of pets is closely related to people’s lives and health.

Lyme disease in dogs is a bacterial disease that is transmitted and transmitted by ticks, causing symptoms such as high fever, lame feet, and swelling of the joints. Sometimes it can be more serious and cause kidney damage, heart disease or central nervous system problems. Although Lyme disease is one of the most common tick-borne diseases in the world, only 5% to 10% of infected dogs even experience symptoms. When symptoms appear, they can last for several days, then continue to reappear and disappear for weeks.

The adrenal glands are two small glands located next to the dog's kidneys. The glands help regulate a variety of bodily functions and are responsible for the production of cortisol and aldosterone. Cortisol is a steroid that helps your dog fight stress, while aldosterone helps regulate water and electrolytes in the body. A deficiency of these two hormones is called adrenal insufficiency or Addison's disease.

The symptoms of different kidney diseases will be slightly different, such as glomeruli and nephritis: subcutaneous edema and ascites may occur, and usually they are healthy, but they have slight weight loss and loss of appetite. In severe cases, significant weight loss and anorexia, Polyuria, drink more, nausea, vomiting and other symptoms. Renal failure: The clinical symptoms are also acute and chronic, and are not specific. In acute cases, anorexia, vomiting, depression, and palpation may appear enlarged and painful. Chronic renal failure does not have obvious clinical symptoms, or only mild symptoms, such as the appearance of ammonia-flavored breath, slight weight loss, slight polydipsia and polyuria, dehydration, anorexia, and vomiting.

Dogs with heart disease are mainly divided into two parts. The first is acute. The symptoms are particularly difficult breathing, the pulse is very frequent, and they are unwilling to go out. The mouth and eye conjunctiva may become purple, and they often fall suddenly. On the ground, there is also pulmonary edema. If it is chronic and the condition develops slowly, it is likely to be months or years. The spirit is not very good. I don't like exercise. It will become very tired after a little exercise, and it is especially difficult to breathe. In addition, the heart sound is not very strong, and often the heart murmur can be heard.

Canine parvovirus is a severe infectious disease with high contact sexual transmission in dogs. It is clinically characterized by acute hemorrhagic enteritis and myocarditis.
Canine parvovirus is highly contagious to dogs and can be infected by dogs of all ages. However, dogs from weaning to 90 days of age have more morbidity and are more severe. Some puppies have sudden dyspnea, heart failure, and myocarditis may appear in a short time and die suddenly. According to the types of clinically affected dogs, purebred dogs and exotic dogs have a higher incidence than native dogs. The disease can occur all year round, but it occurs frequently in cold winter and spring. Sick dogs have the highest toxic content in the feces.

What is dog cushing disease

Cushing's disease, also known as Cushing's syndrome, refers to a dog that secretes too much of a hormone in the adrenal glands. The medical term for this condition is hyperadrenal cortex. In simple terms, after suffering from this disease, the outer layer of the adrenal gland will review its work.
Symptoms of Cushing's disease: excessive drinking and urination, excessive eating, frequent urination at night, frequent asthma, enlarged belly, fat pads on the neck and shoulders, hair loss, lethargy, and hard white scales on the skin.

The weight of a cat is mainly determined by its breed and body size. For example, Maine cats are larger and weigh more than 10 kilograms, but young cats generally reach about 3 kg in four or five months, and adult cats have a normal body size of 3-6 kg. Male cats are heavier than female cats. Small cats are usually about 3 kg, while larger cats can be about 6 kg.

Early clinical symptoms are usually non-specific, such as intermittent anorexia, weight loss, polydipsia and urine, occasional vomiting or diarrhea, and lethargy. Due to the strong storage capacity of the liver, more specific symptoms such as jaundice, hepatic encephalopathy, bleeding tendency, or ascites can be seen in the later stages of the disease. These symptoms all appear with the decline of liver function.
The treatment of cat liver disease depends to a large extent on its cause, and this is what makes a liver biopsy meaningful. In addition to symptomatic relief, nutritional support is the most effective. Intravenous infusion is performed on dehydrated cats, and corresponding liver protection drugs and procoagulant drugs are used for symptomatic treatment according to the condition.

The basic symptoms of nephropathy include sensitivity in the kidney area. Cats often bulge on their backs and hind legs, and are reluctant to move. Cats in the kidney area are very resistant. They have symptoms of urinary disturbance such as urinary retention and pain. At first, it manifests as oliguria, and then changes to polyuria; renal edema of different degrees occurs, and the edema of the limbs and eyelids is most obvious.
Cat kidney disease treatment: nephropathy can be divided into prerenal, renal, and postrenal. The most important thing is to find the primary cause and remove the primary cause for accurate and effective treatment. Under normal circumstances, infusion is used to increase kidney perfusion, promote recovery of renal function, control inflammation and infection, and can also be treated with hormone drugs.

Vestibular syndrome is a common type of neurological syndrome in small animals, with various causes. From the source of the disease, it can be divided into central and peripheral. At the same time, it also includes congenital and acquired nature. It is a disease of cat body imbalance caused by central damage to the vestibular nucleus located in the medulla oblongata and partial damage to the vestibular nerve of the 8th cerebral nerve.

When calculus and gingivitis occur, salivation is the most common first. The food intake gradually decreases. I want to eat but do not open my mouth, gradually lose weight, and have bad breath. This disease not only exists in the body of elderly cats, but also for pet cats that do dental care and clean their teeth from time to time, they are susceptible to dental diseases such as stomatitis.
Cats have a good mouthful of healthy teeth. Naturally, they will be better and better. They will lay a foundation for the health of cats and cats, so parents must not neglect their teeth. Elderly cats have dental calculus and gingivitis. The main reason is that they eat soft feed for a long time or do not pay attention to oral hygiene. The main symptoms are drooling, and the food intake is gradually reduced. Sometimes they want to eat but do not open their mouths, their bodies gradually lose weight, and their bad breath is bad.

C-reactive protein (CRP) refers to some proteins (acute proteins) that rise sharply in the plasma when the body is infected or tissue is damaged. CRP can activate complement and strengthen the phagocytosis of phagocytic cells to play a conditioning role, thereby removing pathogenic microorganisms that invade the body and damage, necrosis, and apoptotic tissue cells, and play an important protective role in the body's natural immune process.
Different types of diseases have different CRP changes. CRP in dogs is highly sensitive to the disease, and can quickly rise in the early stages of the disease, reflecting the condition in a timely manner. In addition, the concentration of CRP is not affected by antibiotics and immunosuppressants. It can accurately monitor the development of the disease during treatment, so it has high value in clinical diagnosis and treatment.

Serum amyloid A (SAA) is the main acute phase protein in cats and binds to plasma high-density lipoprotein (HDL). Clinical studies now focus on SAA types during the acute response to inflammatory diseases.
SAA begins to increase at about 6-8 hours after viral and bacterial infections, and rises earlier, decreases faster and recovers more rapidly during recovery, so it has a higher blood loss than the reference single blood in the identification of early bacterial and viral infections in cats Routine makes more sense.

People are often lonely sometimes, and they may need to camouflage themselves in society. However, pets are always the most natural and true self. Pets are loyal and interesting partners. Pets have already become a member of our family, and it is our responsibility and obligation to protect their physical health. Regular pet health inspection can effectively avoid unnecessary diseases and treat existing health and safety risks in a timely manner. Ballya provides a variety of rapid test kits for pet diseases. The test results comply with EU standards. It is easy to operate, and fast and accurate.