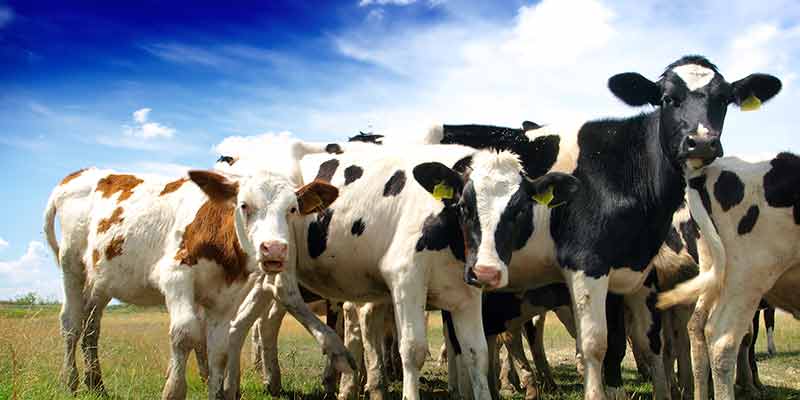 Pigs, cattle, sheep, chickens, etc. are common economic animals. During the feeding process, there will be various diseases and health problems, and it is often difficult to determine which diseases are involved in the treatment of diseases. BALLYA provides a variety of rapid test kit for disease, allowing veterinarians or farmers to know the type of disease, effectively symptomatic treatment, improve cure rates, and avoid economic losses.

In order to facilitate the understanding of the disease and take effective prevention and control measures, pig diseases are usually classified. There are many ways to classify them. Now, several common classification methods are introduced below.

(1) Classification according to the cause of the disease

① Acute disease: The disease progresses rapidly and the elapsed time is extremely short. From several hours to 2 to 3 weeks, the symptoms are sharp and obvious, such as swine edema and poisoning.

② Chronic disease: The progress of the disease is slow and the elapsed time is long. From 1 to 2 months to several years, the symptoms are generally not obvious, and physical strength is gradually consumed, such as tuberculosis and some parasitic diseases.

③ Subacute disease: It is a type between acute and chronic, such as rash block swine erysipelas and so on.

[Treatment] There is no specific therapy at present, and symptomatic treatment is mainly used. Strengthen feeding management; pay attention to the elimination of blood-sucking insects to reduce the spread of the disease; prevent vaccination against bovine fever and attenuated vaccine to control the epidemic of the disease.

Bovine viral diarrhea is an infectious disease in cattle characterized by inflammation, erosion, necrosis and diarrhea caused by viruses.

[Treatment] There is no specific therapy for this disease. Treat symptomatic treatment, strengthen nursing, and promote the rehabilitation of sick cattle.

[Prevention] Strengthen comprehensive epidemic prevention measures. It is strictly forbidden to purchase cattle from diseased areas, and imported cattle must be quarantined and quarantined to ensure that no sick animals are introduced. When this disease occurs, the sick cattle should be isolated for treatment or emergency slaughter. The cowshed and utensils should be disinfected with 10% lime milk or 1% sodium hydroxide solution. Manure and dirt accumulate and ferment. It has been reported that the immunization of newborn calves with lyophilized swine fever attenuated vaccine successfully controlled the epidemic.

[Treatment] There is no specific drug treatment for this disease. Suspicious cases can be treated with oxytetracycline, mycin, or sulfa drugs. Once confirmed to have this disease, it is best to eliminate it.

Tuberculosis is a zoonotic chronic infectious disease caused by Mycobacterium tuberculosis. It is characterized by progressive wasting; and various tissues and organs of the body form tuberculous nodules and caseous necrosis.

Calf paratyphoid is mainly a calf infectious disease caused by Salmonella Dublin and Salmonella typhimurium, which is mainly manifested as symptoms of sepsis and gastroenteritis.

[Treatment] Sulfamethoxazole, 20-40 mg per kg of body weight per day, divided into two oral doses. Because Salmonella often has drug-resistant strains, when one drug is not effective, another drug can be replaced.

Bovine neonatal ascariasis, or bovine ascariasis, is the laying of eggs by young adults parasited in the small intestine of calves. The eggs are excreted in the feces and develop into infectious eggs outside the body. Migrating, infected fetuses; or because of the presence of larvae in colostrum, the calves are infected by feeding. Ascaris parasites are seen only 7-10 days after the calf is born.

A cold is an acute febrile disease characterized by cold, fever, runny nose, and cough caused by the body's sudden cold attack. The incidence of young animals is more frequent in the early spring and late autumn when the temperature changes suddenly.

Pneumonia is an inflammation of the alveoli, bronchioles, and interstitial lung. It is common in young and old cattle.

Endometritis is a disease in which the endometrium is infected by pathogenic microorganisms and cannot be pregnant normally.

[Treatment] Antibacterial and anti-inflammatory; promote uterine contraction and promote the discharge of inflammatory secretions; improve the local blood circulation of the officer, promote tissue repair and uterine function recovery. -Generally, local treatment is sufficient, but acute cases with severe systemic symptoms should be combined with intramuscular injection of antibacterial drugs and other systemic symptomatic treatments.

In the past, gastric diseases were more common, such as foregastric flaccidity, rumen accumulation, rumen flatulence, and valvular obstruction. The main cause of the disease is due to improper feeding management, such as too simple grass and feed, long-term feeding of rough and indigestible forage, concentrated feeding of excessive and refined feed, and mildew or freezing of grass and feed, suddenly Stress factors such as changing feeding methods, as well as various reasons such as exercise and insufficient drinking water, can cause diseases.

Mainly due to lack or excess of nutrients, insufficient content of certain vitamins and minerals in forages and feeds, resulting in imbalance of nutrients and metabolic disorders in sheep, resulting in poor development of sheep, decline in production performance and disease resistance, Even life-threatening diseases such as white muscle disease, sheep ketonuria, sheep hairy disease, rickets, and vitamin A and vitamin B deficiency appear.

It mainly includes diseases during pregnancy and childbirth and postpartum. Such as miscarriage, dystocia, paralysis of production, etc., the fetus cannot produce smoothly or postpartum dysfunction caused mainly by maternal or fetal abnormalities.

Diseases caused by mycoplasma include: chronic respiratory disease, viral arthritis, and the like.

Diseases caused by fungi include aspergillosis and crown moss.

(1) Gosling Plague
Caused by gosling virus. Goose from 1 to 60 days of age are susceptible to disease, but the peak period of disease is less than 20 days of age, with a lethal rate of more than 90%. The symptoms are that the sick goose is alone, the neck is loose, and the eyes are lethargic. The severe person does not eat, and discharges yellow-green stools. There is a dirty secretion around the nostrils. The characteristic gastrointestinal lesions can be seen on the autopsy. There is a yellow-white band-shaped pseudomembrane in the intestinal cavity, which blocks the intestinal cavity.

(3) Goose colibacillosis
Escherichia coli disease, commonly known as "egg blast", is caused by a specific serotype of E. coli. It mainly occurs in adult geese, but in recent years it has also occurred in breeding geese. The lesions of the female goose are mainly peritonitis, ovarian inflammation, and salpingitis. The course of disease is usually 2 to 6 days. A few sick gooses can recover, but they cannot recover eggs. Male geese mainly have red swelling and ulcers in the mating device. Covered with a yellow viscous liquid with necrotic skin.

(4) Goose coccidiosis
Caused by goose coccidia. It is more common in goslings, and the peak period is May to August every year. The sick goose's appetite is diminished, the spirit is distressed, and the neck is shaken. The stool is red and sticky and bright red later.

(5) Thrush
Caused by Candida albicans. Sick geese grow poorly, lose their spirits, and have loose feathers. The sac mucosa is thick, grayish-white, and has round ulcers.

(6) Nematode disease
Caused by tapeworm parasites in the small intestine. It usually occurs in geese aged 15 to 90 days. Sick geese reduce their thirst, indigestion, pull green or grayish white dung, suddenly lie down, walk swaying, have difficulty standing, stretch their neck and open their mouth, and die of paralysis.

During the feeding of economic animals, various diseases and health problems will occur. Once this happens, farmers will face huge economic losses. The best way to deal with economic animal disease is through prevention and detection. Ballya has independently developed a rapid test kit for a variety of animal diseases, which allows veterinarians and farmers to understand the physical conditions of animals in a timely manner and deal with them accordingly.