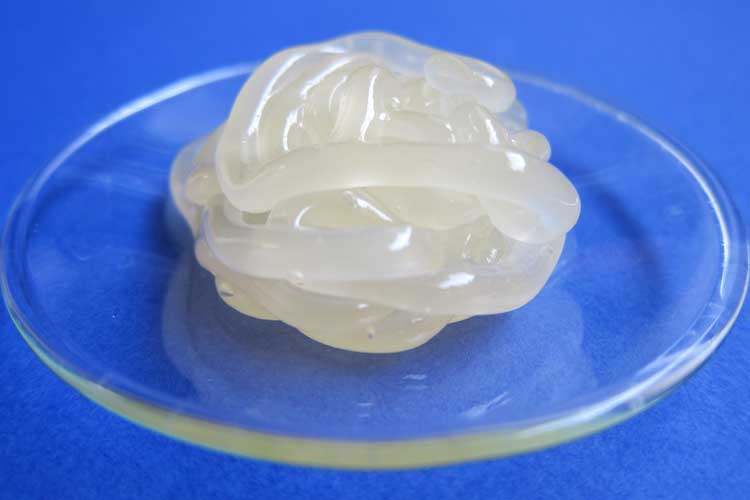 What is tetracycline eye ointment used for?

What is tetracycline eye ointment?

This product appears as light yellow or yellow ointment.

This product is a broad-spectrum antibacterial agent, which has a bactericidal effect at high concentrations. Many rickettsia, mycoplasma, chlamydia and spirochetes are sensitive to this product. Enterococcus is resistant to it.

What is tetracycline ointment used for?

Tetracycline eye ointment is a broad-spectrum antibiotic and is widely used in clinical practice. It can effectively kill Gram-positive bacteria and some Gram-negative bacteria. It has an indirect therapeutic effect on Mycoplasma pneumonia, Chlamydia, Rickettsia and Amoeba. Tetracycline ointment is mainly used clinically for the treatment of conjunctivitis, keratitis, blepharitis, trachoma, etc. It can also play a competent role in treating chronic conjunctivitis. Tetracycline ointment can also be applied to some skin, mucous membranes and traumatic infections, which have a good anti-inflammatory effect.

The etiology of conjunctivitis can be divided into two categories: infectious and non-infectious.

The affected eye has foreign body sensation, burning sensation, heavy eyelid, and increased secretion. When the cornea is affected by the disease, photophobia, tearing, and varying degrees of vision loss may occur.

Conjunctivitis is mostly contagious by contact, so frequent hand washing should be encouraged to avoid random eye rubbing. It is recommended to wash your face with running water, separate towels, handkerchiefs and other items from others, and clean and disinfect them frequently. Certain isolation measures should be taken for patients with infectious conjunctivitis, and swimming in public swimming areas is not allowed. If one eye suffers from conjunctivitis, the patient must be told to protect the healthy eye from infection. Those who work in a windy, dusty and smokey environment should improve the environment and wear protective glasses to prevent conjunctivitis.

The inflammation of the cornea caused by various factors is collectively called keratitis. It is one of the common diseases in ophthalmology and one of the main blindness diseases in China. The cornea is located at the forefront of the eyeball and contact directly with the outside world. It is susceptible to damage from microorganisms, trauma, and physical and chemical stimuli. Clinically, it has irritation symptoms such as blurred vision, pain, photophobia and tearing, and obvious vision loss.

The ophthalmological examination shows loss of corneal gloss, decreased transparency, and ulcer formation. In severe cases, corneal perforation, intraocular infection and even blindness may occur. At present, keratitis is divided into infectious, immune, malnutrition, nerve paralysis and exposure according to the cause of the disease. Infectious keratitis mostly occurs in the central area of the cornea, while immune keratopathy easily occurs in the periphery of the cornea.

It refers to endogenous diseases from the whole body, such as some autoimmune diseases, or some other systemic diseases (such as vitamin A deficiency, trigeminal nerve damage) spreading to the cornea.

The cornea has no blood vessels, so acute infectious diseases are not easy to invade the cornea. However, the corneal tissue participates in the immune response of the whole body. Although its immune response is lower than that of other tissues, its metabolism is slower, which makes this immune response change lasting for a longer time. Being in a sensitive state, so that it is prone to allergic diseases, such as vesicular keratitis.

The symptoms of keratitis caused by different causes are also different. Bacterial keratitis has the most acute onset and the most severe symptoms, with increased and viscous secretions. Viral keratitis is second to it, with few secretions, which are watery or mucus-like; fungal Keratitis is the mildest, and sometimes the corneal disease is already severe, but the patients’ feeling is not obvious. Patients with herpes simplex keratitis may lose corneal perception.

Corneal inflammation will inevitably affect vision to a greater or lesser extent, especially when the inflammation invades the pupil area. The corneal scar formed after the ulcer is healed not only prevents light from entering the eye, but also changes the curvature and refractive power of the corneal surface, so that the object cannot focus on the retina to form a clear image, thus reducing vision. The degree of visual involvement depends entirely on the location of the scar. If it is located in the center of the cornea, even if the scar is small, it will affect vision greatly.

Blepharitis is usually caused by seborrheic dermatitis (a skin disease that causes itching, dandruff, and inflammation) or bacterial infection.

The eyelid is one of the organs that secrete sebaceous glands. The secretory glands of the eyelids secrete fat to the surface of the tear fluid. Its purpose is to reduce the evaporation of tears, but excessive secretion often causes blepharitis.

In the scorching summer, sweat and body excretion increase sharply. Therefore, people who lack personal eye hygiene, do not pay attention to diet, often eat fried, fried and other foods, should pay special attention to the occurrence of blepharitis. Because the early symptoms of blepharitis are similar to those of all ophthalmological diseases, it is easy to be overlooked. Many patients in the outpatient department are not properly treated, so not only are they often suffering from the symptoms of blepharitis, but these symptoms continue to worsen.

In severe cases, stye (redness and swelling of the oil glands, commonly known as pinholes) or chalazion (swelling of the oil glands without redness) and even cellulitis often recur. In addition, the symptoms of blepharitis can easily be misdiagnosed as xerophthalmia, which delays the treatment. Therefore, it is necessary to use a slit lamp to observe the changes of the eyelids to establish the diagnosis.

Trachoma is a chronic infectious conjunctival keratitis caused by Chlamydia trachomatis. It is called trachoma because of its rough and uneven appearance on the surface of the eyelid conjunctiva. In the early stage of the disease, there is infiltration of the conjunctiva, such as nipple and follicular hyperplasia, and corneal pannus. In the late stage, the affected eyelid conjunctiva is scarred, resulting in inverted eyelid deformity, aggravating corneal damage, and seriously affecting vision and even causing blindness. The incubation period is 5 to 14 days.

The disease is a chronic infectious disease caused by Chlamydia trachomatis infection. Chlamydia trachomatis mainly invades the eyelid conjunctiva, which may have hyperemia and blurred blood vessels, nipple hypertrophy, follicular hyperplasia, corneal pannus, and finally end up with scarring.

The clinical manifestations are mostly acute. The patient has foreign body sensation, photophobia, tearing, and more mucus or mucous purulent discharge. After a few weeks, the acute symptoms subside and enter the chronic phase. At this time, there is no discomfort or only the eyes are easily fatigued. If it is cured or heals itself at this time, no scars will be left.

However, in the course of chronic disease, repeated infections often occur in endemic areas, and the condition aggravates. When there is an active pannus on the cornea, the irritation becomes more pronounced and vision will loss. In the late stage, the symptoms are more obvious, which seriously affects vision and even blindness due to sequelae, such as entropion, trichiasis, corneal ulcers and dry eyeballs.

Chlamydia trachomatis is often attached to the secretions of the eyes of patients. Any contact with this secretion can cause trachoma. Therefore, publicity and education should be strengthened to cultivate good hygiene habits. Do not rub your eyes with your hands, and wash and dry your towels and handkerchiefs frequently.

Tetracycline eye ointment has a good effect on eye inflammation. And in daily life, we should pay attention to eye sanitation and skin clean, and participate in sports often in order to strengthen resistance.