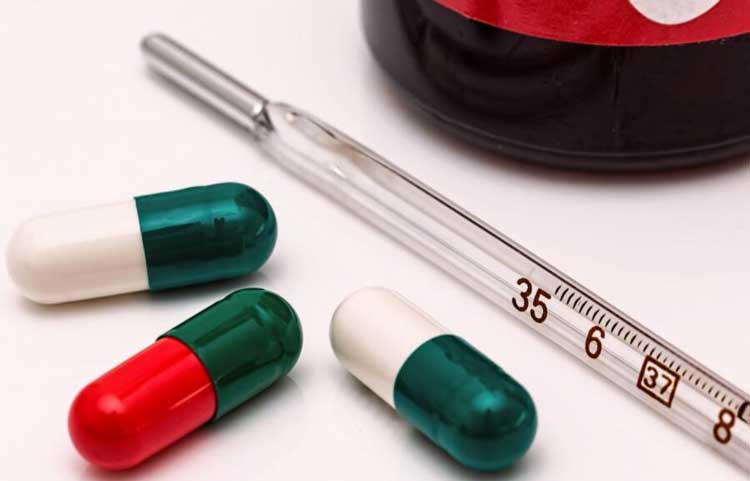 What is spectinomycin used to treat?

Spectinomycin, also known as actinospectacin, antibiotics belonging to aminoglycosides. Unlike streptomycin, it does not cause misreading of mRNA, but it can bind to bacterial 30S ribosomes and hinder protein biosynthesis. In spectinomycin-resistant strains, mutations can be seen in the protein called "S5" in the 30S ribosome.

Spectinomycin has the advantage of less toxic and side effects. According to the "Technical Specifications for Veterinary Drug Tests" of the Ministry of Agriculture, the mice dosing test did not find any toxic reactions.

Spectinomycin is one of aminocyclitols, which is isolated from the fermentation broth of Streptomyces, and is used clinically as its dihydrochloride pentahydrate. Although spectinomycin has a certain antimicrobial effect on a variety of Gram-positive and negative bacteria, its effect is not strong; its most prominent effect is its powerful bactericidal effect on Neisseria gonorrhoeae, including both enzyme-producing and non-enzyme-producing strains inhibited by 6.3-12μg/ml, and drug-resistant bacteria rarely appear. So it is mainly used for the treatment of simple terrestrial gonorrhea.

The spectinomycin mechanism of action is the same as that of aminoglycosides. The dose for adults is 2 grams of one-dose therapy of intramuscular injection. Its side effects are mild, and occasionally can cause dizziness, fever, nausea, headache, etc. In order to reduce the production of drug-resistant bacteria, the use of this crystal should be limited to infections caused by beta lactamase-producing gonococcus for people allergic to penicillin g.

Aminoglycoside antibiotics are named because their molecular structure has an amino cyclic alcohol and one or more amino sugar molecules, which are connected by glycosides to form glycosides. They are mostly polar compounds and are easily soluble in water. It is not easy to absorb and generally requires injection. The role of aminoglycoside antibiotics is to combine with bacterial ribosomes and interfere with the process of bacterial protein synthesis. They are a class of quiescent fungicides and are currently important drugs for the treatment of severe infections by aerobic gram-negative bacilli.

Spectinomycin is an aminocycloalcohol antibiotic produced by Streptomyces, which is a combination of neutral sugar and aminocyclitol one - side bond. It is often white or almost white crystalline powder, easily soluble in water, and the pH of 1% solution is 3.8-5.6.

What is spectinomycin used for?

Spectinomycin has a moderate antibacterial effect against aerobic gram-negative bacteria such as Escherichia coli, Klebsiella, Enterobacteriaceae, Proteus, Acinetobacter, Haemophilus influenzae, Morganella, etc. It is particularly effective against Neisseria gonorrhoeae. Among gram-positive bacteria, it is effective against group A streptococcus and Staphylococcus epidermidis. Among atypical pathogens, it is sensitive to Mycoplasma urolyticus. t1/2=2.5 hours.

Trobicin is a second-line drug for urethral, ​​cervical and rectal infections caused by Neisseria gonorrhoeae. It is mainly used for infections caused by resistant strains such as penicillin and tetracycline. Since most patients with gonorrhea are concurrently infected with Chlamydia trachomatis, a 7-day course of tetracycline or doxycycline or erythromycin should be followed after the application of trobicin.

Gonorrhea is a sexually transmitted disease caused by Neisseria gonorrhoeae with purulent infection of the urogenital system. Neisseria gonorrhoeae is a gram-negative diplococcus, and it is not hard to survive without the human body, easy to be killed with general disinfectants. Gonorrhea occurs mostly in sexually active young men and women.

In recent years, there has been a significant increase in gonorrhea in the world. Since 1975, gonorrhea has come back in China, and the number of patients has been increasing. It is the main type of STD. In recent years, with the sharp increase in syphilis cases, the cases of gonorrhea have been declining year by year. However, gonorrhea is still a common sexually transmitted disease in China, and it is also a Class B infectious disease that needs special prevention and control specified in the "People's Republic of China's Law on the Prevention and Control of Infectious Diseases."

Neisseria gonorrhoeae, the causative agent of gonorrhea, was first isolated in 1879 by Neisseria. It belongs to the Neisseria family, Neisseria genus. Neisseria gonorrhoeae is kidney-shaped, with two concave surfaces facing each other and the same size, about 0.7 microns in length and 0.5 microns in width. It is most suitable in a humid environment with a temperature of 35°C and 5% carbon dioxide.

They often exist in polymorphonuclear leukocytes, elliptical or spherical, often arranged in pairs, without flagella, no capsule, no spores, poor resistance to external physical and chemical conditions, afraid of drying and extreme temperature conditions. It is hardly resistant to various chemical disinfectants.

The main symptoms of gonorrhea are frequent urination, dysuria, pus from the urethra or purulent discharge from the cervix and vagina. Preventive measures include promoting health education and avoiding non-marital sex. Promote safe sex and the use of condoms. Pay attention to isolation and disinfection to prevent cross-infection.

Trobicin is an aminoglycoside antibiotic produced by Streptomyces spectabilis. It mainly has high antibacterial activity against Neisseria gonorrhoeae and Neisseria gonorrhoeae that produces beta lactamase. It has moderate antibacterial activity against many enterobacteriaceae. Professionella and Pseudomonas aeruginosa are usually resistant to tribicin; strains resistant to tribicin are often still sensitive to streptomycin, gentamicin, tobramycin, etc. Trobicin has a good effect on Ureaplasma urealyticum, but has no activity on Chlamydia trachomatis and Treponema pallidum. The mechanism of action of Trobicin is to bind to the 30S subunit of bacterial ribosomes and inhibit bacterial protein synthesis.

5. Spectinomycin for veterinary use

Spectinomycin was discovered by American Mason and others in 1961 in the last century. It is used in the clinical treatment of livestock and poultry veterinary medicine, and is mainly used to treat diseases caused by E. coli, Salmonella, Pasteurella and Mycoplasma caused by sensitive bacterial infections.

Occasionally, skin rash, nausea, dizziness, fever, chills, insomnia, headache, and injection local discomfort are seen. The second dose of medicine can cause liver and kidney damage, blood cell reduction, etc. Occasionally, decreased hemoglobin and hematocrit, decreased creatinine clearance, and increased alkaline phosphatase, BUN, and transaminase values happen. There are also cases of decreased urine output. It is contraindicated for patients with a history of allergy to trobixin and aminoglycoside antibiotics and patients with kidney disease.

Spectinomycin is an aminoglycoside antibiotic. Although its mechanism of action is different from that of streptomycin, it still has a certain antibacterial effect. Spectinomycin has small side effects and is mainly used in clinical treatment of gonorrhea.