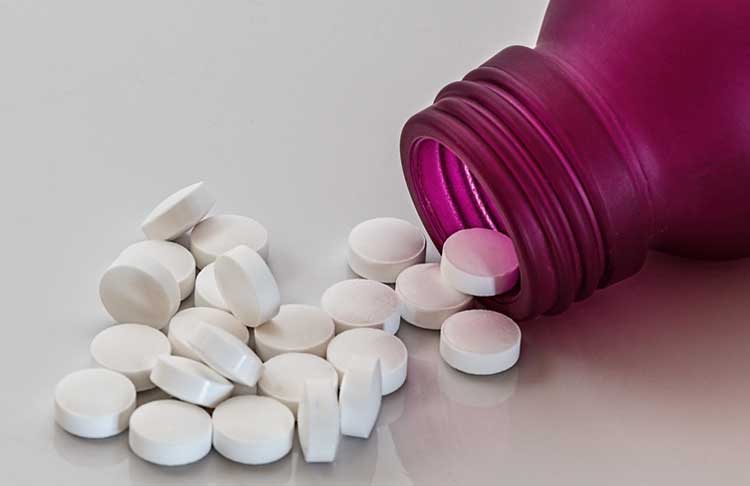 Tilmicosin is an over-the-counter drug. It is a semi-synthesized livestock and poultry antibiotic from a hydrolysate of tylosin, and tilmicosin phosphate is used for medicine. It is mainly used to prevent and treat domestic animal pneumonia (caused by infection of Actinobacillus pleuropneumoniae, Pasteurella, Mycoplasma, etc.), avian mycoplasmosis and mastitis in lactating animals.

Tilmicosin is a kind of tylosin hydrolysate as a precursor to semi-synthetic macrolide antibiotics for animals. It was first developed by the British Elanco Animal Health Products Company in the 1980s, and it was listed in some foreign countries. In China, the Ministry of Agriculture of China has approved certain veterinary drug factories to produce Tilmicosin raw materials, premixes, solutions and injections.

Tilmicosin has a strong antibacterial effect, excellent pharmacokinetic characteristics, and can also improve the immunity of animals. In addition, the latest research shows that Tilmicosin also has antiviral effects in the prevention and treatment of several swine diseases. Moreover, there is no cross-resistance with other commonly used antibiotics in the clinical treatment of various animal diseases.

Compared with Tylosin, its dosage is less, the effect is long-lasting, the side effects are smaller, the residue in the body is lower, and it is safer and non-toxic. It is an economical, safe, and effective new antibacterial and growth-promoting veterinary drug in animal diseases. Therefore, Tilmicosin will play a more important role in the control of animal diseases in the future and has broad application prospects.

This product is quickly absorbed by oral administration and subcutaneous injection, but not completely. The apparent volume of distribution is large, and the drug concentration in the lung tissue is high. It has good tissue penetration and can quickly and completely enter the breast from the blood. The drug concentration in the milk is high, the maintenance time is long, and the half-life in the milk is as long as 1-2 days.

It has inhibitory effect on gram-positive bacteria, certain gram-negative bacteria, mycoplasma, spirochetes, etc.; it has stronger antibacterial activity than tylosin against Actinomyces pleuropneumoniae and Pasteurella.

Tilmicosin is a semi-synthetic macrolide antibiotic. It has a 16-membered ring lactone structure. The hydroxyl group on the ring and the sugar or substituted sugar are connected by glycoside bonds, and the macrocyclic tension is small. Tilmicosin mainly plays an antibacterial effect by inhibiting the protein synthesis of bacteria. Its reversible combination with 50S ribosomal subunits inhibits the activity of translocases, affects the displacement process of ribosomes, and hinders the elongation of peptide chains and protein Synthetic. It is a growth phase bacteriostatic agent. Tilmicosin is one of the safest antibiotics currently, and part of the reason for its less toxicity is that it does not bind to the 80S ribosomes of mammals.

Tilmicosin has a bactericidal effect in coordination with macrophages. In the normal state, the macrophages that exist in the alveoli can swallow the bacteria and mycoplasma gathered at the infected site, use their own digestive enzymes to kill the swallowed pathogens, and then release the so-called antigenic immune component from the killed bacteria. And it transmits information in lymphocytes and promote the production of antibodies.

But in fact, some of the bacteria that were swallowed into the macrophages could not be killed, and tilmicosin could cooperate with the macrophage digestive enzyme to kill the pathogen. The study also confirmed that porcine reproductive and respiratory syndrome virus (PRRSV) and porcine circovirus type I (PCV2) can cause a decrease in the number of macrophages in pigs, and at the same time reduce their immune function. Tilmicosin can help macrophages to make their immune function close to normal. Tilmicosin can also inhibit the necrosis of neutrophils, with the effect of inducing apoptosis, and preventing inflammation from intensifying. In addition, Tilmicosin may also act as an immune mediator to regulate the body's immune function, thereby promoting the body's defense function.

Tilmicosin is a macrolide drug, which has obvious antibacterial and anti-inflammatory effects. It can prevent inflammation. After the antibacterial effect, it can also inhibit the replication of blue ear virus, thereby reducing the occurrence of mycoplasma pneumonia, pleuropneumonia, and parapneumonia in nursery pigs. Tilmicosin has a good effect on respiratory diseases and can control the development of PRRS.

Most of Tilmicosin on the market is powder, because the injection will be more toxic to the body, and the therapeutic dose is very close to the lethal dose, so the use of the mixture with feed is safer. The dosage of Tilmicosin registered by the Ministry of Agriculture is 200 to 400 mg/kg of the mixture, and it is used continuously for 7 to 14 days. According to the requirements, the mixing dosage is 200～400g/t, and the current market tilmicosin premix content is mostly 20%, that is, the concentration of 20% tilmicosin mixing material is 1～2kg/t, using multiple coating technology Tilmicosin has better efficacy in the same dosage.

After using Tilmicosin to speed up gastric emptying, it can prolong the time the drug stays in the stomach. Because Tilmicosin has a strong bitter taste, the contact area with gastric mucosa will increase if it stays in the stomach for too long, thereby increasing the irritation of the gastric mucosa and causing the risk of gastric ulcer. Before using Tilmicosin, it is necessary to control the feed of the pigs, and then mix the feed with medicine, so that it is easily absorbed by the small intestine, thereby improving the efficacy of Tilmicosin and avoiding damage to the gastric mucosa.

Tilmicosin currently on the market is divided into two types: coated and uncoated. The low-cost Tilmicosin uses non-coating technology. The process is simple, but it tastes bitter and does not tolerate acid, so it can’t perform well under the action of stomach acid. In order to solve this problem, some regular manufacturers will use Tilmicosin coating technology, which is released only in the intestines, which can solve the bitterness problem, and directly reach the intestines, so the treatment effect is better.

The dosage of Tilmicosin registered by the Ministry of Agriculture is 200-400 mg/kg of the mixture, and it is used continuously for 7-14 days. According to the requirements, the mixing dosage is 200～400g/t, and the current market tilmicosin premix content is mostly 20%, that is, the concentration of 20% tilmicosin mixing material is 1～2 kg/t.

This product is forbidden to be injected intravenously. A single injection of 5 mg/kg for cattle can be fatal, and it is also easily fatal for pigs, horses and primates. Its toxic target organ is the heart, which can cause negative heart effects.

Both intramuscular injection and subcutaneous injection can cause local reactions (edema, etc.), and should not be in contact with the eyes. The subcutaneous injection site should be selected in the area on the ribs behind the shoulder. The target organ of the poisonous effect of this product is the heart, which can cause tachycardia and weakened contractility. Injection of 50 mg/kg under the cowhide is not fatal, while 150 mg/kg is fatal. Intramuscular injection of l0mg/kg in pigs caused increased breathing, vomiting and convulsions; 20 mg/kg could cause death in 3/4 of the test pigs. Monkeys have no symptoms of poisoning after an intramuscular injection of 10 mg/kg, 20 mg/kg induces vomiting, and 30 mg/kg is fatal.

A. Pay attention to the dosage form

The pharmacopoeia states: The instructions for use of Tilmicosin injection only indicate the usage and dosage of cattle and sheep. Since the therapeutic dose of Tilmicosin in pigs is very close to the lethal dose, it is necessary to master the dosage for pigs. Intramuscular injection of 10 mg/kg body weight in pigs can cause increased breathing, vomiting and convulsions; intramuscular injection of 20 mg/kg body weight can cause death of 3/4 of the test pigs; therefore, Tilmicosin is suitable for mixing use in pigs.

B. Pay attention to the dosage amount

C. Pay attention to the effect of gastric emptying

Therefore, when tilmicosin is used, gastric emptying should be accelerated to shorten the residence time of the drug in the stomach. When tilmicosin is used, the feed of pigs should be controlled for a period of time, and then the medicine should be mixed with the feed. At this time, the medicine will only stay in the stomach for a short time and will be quickly discharged into the small intestine. Tilmicosin is easily absorbed in the small intestine, which not only enhances the effect of tilmicosin, but also avoids the drug's damage to the gastric mucosa.

Tilmicosin has a similar mechanism to chloramphenicols such as florfenicol. Although its mechanism of action is to bind to the 50s subunit of the ribosome, florfenicol enters the bacterial cell through its fat-soluble diffusion to inhibit bacterial protein synthesis. Tilmicosin has strong tissue penetration and the drug concentration in lung tissue is the highest, to target and effectively control and treat animal respiratory diseases. Therefore, the combined use of florfenicol and tilmicosin can also enhance the efficacy.

Tilmicosin is a macrolide antibiotic synthesized from a hydrolysate of tylosin, but its effectiveness and safety are slightly better than tylosin. Tilmicosin is an animal-specialized drug with a wide range of applications, but its usage and dosage need to be strictly controlled.

BALLYA provides a ballya-tilmicosin-test to tell you if there are tilmicosin residues in meat, especially pork.