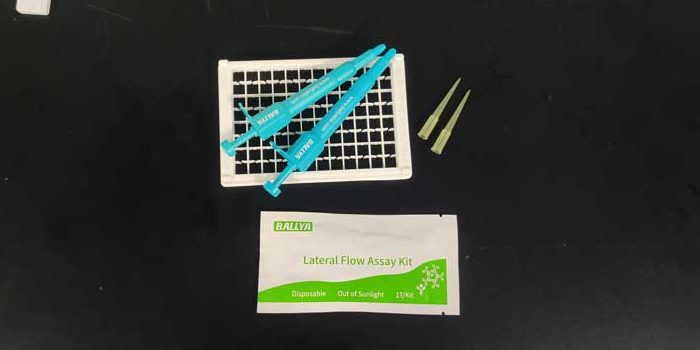 What is BALLYA Tilmicosin Test?

Tilmicosin is an over-the-counter medicine, English name: Tilmicosin. A special antibiotic for livestock and poultry semi-synthesized from a hydrolysis product of tylosin.

Telicosin mainly plays an antibacterial role by inhibiting the protein synthesis of bacteria. It reversibly binds to the 50S ribosomal subunit, inhibits the activity of translocating enzymes, affects the displacement process of ribosomes, hinders peptide chain extension and protein synthesized as a bacteriostatic agent during the growth period.

1. Preparation of Desucrose Tylosin Dissolve 19 grams of Tylosin Phosphate in 100 ml of water, slowly heat to 50 °C, then slowly add 3 ml of concentrated sulfuric acid, heat to 30 °C for 1 hour, and then cool to at room temperature, add 500 ml of butyl acetate, and finally adjust the pH to 13 with 0.1 mol / L NaOH, separate the organic layer, and wait for the next reaction.
2. Preparation of tilmicosin Add the separated organic layer to 4 ml of 3,5-dimethylpiperidine, heat to 70 ℃, add 3 ml of formic acid, separate the water layer, add 400 ml of water, use 0.1mol / LNaOH to adjust the PH value to 11, there is precipitation, filtration, washing, vacuum drying to obtain 15.1 g of product, yield 89%.
This process adopts the separation and extraction process of acid-soluble alkali precipitation and alkali-soluble acid precipitation. The solubility of the target compound in water and organic medium is different. No distillation or heating is needed, which is beneficial to popularization.

How Tilmicosin uses for?

Because Tilmicosin has a good effect on a variety of pathogens of the respiratory system, it is widely used in the prevention and control of porcine respiratory syndrome (Prdc), but there are also some misunderstandings when used in the field. First of all, Tilmicosin Star is sensitive to most pathogenic bacteria in the respiratory system, but it is not a panacea. For example, its effect on Salmonella and Streptococcus is relatively weak. A good prevention and control effect is based on correct diagnosis and selection of correct drugs. Compatible use; secondly, the dosage of Tilmicosin registered by the Ministry of Agriculture is 200-400 mg/kg feed, and it is used continuously for 7 to 14 days. However, many large-scale pig farms are using tilmicosin at low doses (for example, 50 mg/kg or 100 mg/kg feed) for disease prevention and control, which will promote the development of tilmicosin resistance; Micosin injection has potential nephrotoxicity to pigs, but many pig farms in China are using tilmicosin injection, the palatability problem of tilmicosin. At present, there are many tilmicosin at home and abroad. The preparations are on the market, but most of them are powders, which are too bitter and cannot be used at the recommended dosage in the Pharmacopoeia (200-400 g/ton feed, calculated according to the effective substance of Tilmicosin), which seriously affects the feed intake of pigs.

This product is forbidden to inject intravenously. Cattle can be lethal once by intravenous injection of 5 mg / kg. It is also lethal to pigs, horses and primates. Its toxic target organ is the heart, which can cause negative cardiac effects.

The drug is relatively safe, without carcinogenic, teratogenic and embryotoxicity, but it may cause cardiotoxicity and renal toxicity. It has been reported that cows have acute cardiotoxicity after intravenous injection of temicosin, manifested as ataxia, tachycardia, jugular vein pulsation, hyperventilation, and collapse, but the clinical manifestation is normal within 30 minutes. In addition, swelling at the injection site.

Tilmicosin use as a veterinary medicine

Telicosin injection can effectively treat bovine respiratory diseases caused by Pasteurella multocida and Pasteurella hemolyticum type Ⅰ and Mycoplasma infection. The therapeutic effect is better than ampicillin sodium injection. In the application of beef cattle, telmicosin can significantly reduce the temperature of sick cattle and reduce the degree of clinical symptoms when subcutaneous injection of single doses of 10 mg / kg, 20 mg / kg and 30 mg / kg is used to treat Pasteurella calves pneumonia And the degree of lung tissue lesions, at the same time, the number of pasteurella detected in bovine lung tissue and the mortality of sick cattle also decreased significantly.

Temicosin can be used for bacterial and mold infections in sheep and goats. The use of tilmicosin before pregnant ewes can reduce mastitis and increase the lamb's weight before weaning. In addition, it can also be used to treat sheep's bacterial respiratory disease. The recommended dosage is 10 mg / kg body weight.

In addition to the weight gain effect of tilmicosin in drinking water, it also has the effects of anti-infection, reducing morbidity, reducing pathological damage, and improving survival rate. The effect of preventing respiratory diseases is significantly better than tylosin.
The administration of tilmicosin in drinking water also has a significant effect on preventing avian Pasteurella infection, and it has a strong inhibitory and killing effect on Pasteurella after entering the chicken.
In addition, tilmicosin has strong antibacterial activity against poultry mycoplasma, and has been used to treat poultry mycoplasmosis with good results. At the same time, it can effectively reduce the degree of airbag damage induced by artificial infection of Mycoplasma gallisepticum and E. coli, and improve the feed conversion rate.

It is clinically recommended for the prevention of respiratory infections in chickens. It should be administered with thirst or continuous drinking water. The dosage should be greater than or equal to 200 mg / L, and continuous use for 3 to 5 days is appropriate. According to 100 ~ 200 mg / L drinking water administration for 5 days can prevent and treat mycoplasmosis. In addition, the treatment of experimental mycoplasma gallisepticum with 100 mg / L, 200 mg / L and 300 mg / L drinking water has good preventive and therapeutic effects.

What specimen can be detected by BALLYA Tilmicosin Test?

To protect human have health food and avoid contaminated food. The Tilmicosin is harmful for human being, can not take too much in body. 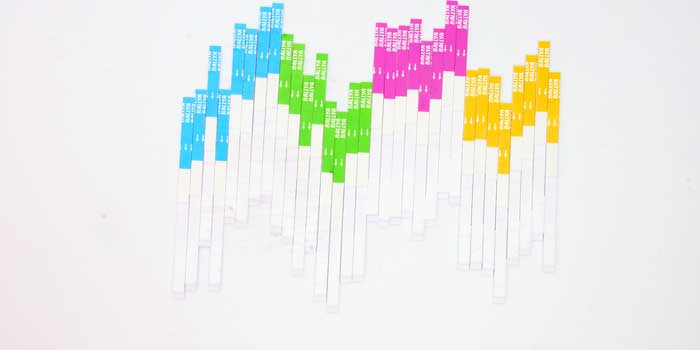 How to use BALLYA Tilmicosin Test?

1. Take chicken meat specimen, pork specimen and extrat supernatant
2. Add the supernatant to cassette
3. Wait for 15 minutes to result
4. The details of operation, refer to the kit instruction

BALLYA Tilmicosin Test is a qualitative test kit. It’s only for screening purpose. If have positive cases or suspected case, maybe use other detection method to make a further detection, such as, ELISA, PCR, qPCR, etc.

As a veterinary drug, this product is absorbed orally quickly but not completely. It is widely distributed in animals and can enter tissues and body fluids well. Mainly excreted from urine in the form of original drugs. But it is inevitable that there will be residual drugs left in the body. This is likely to cause tilmicosin residues in chicken and pork. It is necessary to detect tilmicosin in chicken and pork.
BALLYA Tilmicosin Test provided by BALLYA can effectively and quickly detect whether chicken contain tilmicosin residues. Not only is the operation simple and the detection time is short, it allows the tester to obtain the test results in the first time.