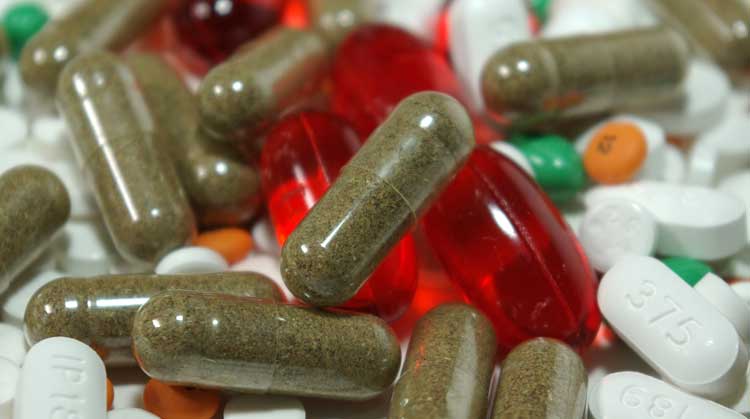 What is neomycin used for?

It is an antibiotic, which belongs to the aminoglycoside antibiotic together with streptomycin, kanamycin and gentamicin. It is produced by Streptomyces freundii; it is effective against both Gram-positive and Gram-negative bacteria. The product is mainly a mixture of neomycin B and C. Neomycin has complete cross-resistance with kanamycin and partial cross-resistance with streptomycin; similar to similar antibiotics, it has nephrotoxicity and inner ear toxicity, and its damage to inner ear is often irreversible.

It is rarely absorbed after oral administration. The intact intestinal mucosa can only absorb about 3%, but a considerable amount can be absorbed by mucosa with ulcers or exfoliation or inflammation. Most of it is excreted with feces unchanged. Neomycin has a strong antibacterial effect on Mycobacterium tuberculosis, and its minimum inhibitory concentration is generally 0.5mg/ml. Most nontuberculous mycobacteria are resistant to this product.

Neomicina has a poor effect on Staphylococcus and other gram-positive cocci. Each group of streptococci, Pseudomonas aeruginosa and anaerobic bacteria are resistant to this product. Neomycin mainly binds to the 30S subunit of bacterial ribosomes and inhibits bacterial protein synthesis. Bacteria can easily develop resistance after contacting with neomycin. The combined application of neomycin and other antibacterial drugs or antituberculosis drugs can reduce or delay the development of drug resistance. The product is white or almost white powder.

Oral absorption is poor, and intravenous administration is required. After intravenous injection, it is quickly distributed to the body tissues. Among them, the liver and kidney have the highest concentration, which is concentrated in nucleated cells and high in white blood cells. This product does not easily penetrate the brain barrier, so it does not enter the cerebrospinal fluid: the product is metabolized very little, 12% to 25 within 24 hours % is excreted by the kidneys, and 50%～90% is excreted in the bile. Since the product is released slowly from the storage tissue, the plasma elimination half-life is long, about 36h.

What is neomycin used for?

Preparation before colon surgery, as adjuvant treatment when hepatic coma. Neomicina is not suitable for the treatment of systemic infections. This product is not effective against Pseudomonas aeruginosa.

Neomycin is an aminoglycoside broad-spectrum antibiotic, which has a good effect on gram-negative bacteria, positive bacteria and tubercle bacilli. It is the most sensitive to Escherichia coli, and also sensitive to Staphylococcus aureus, Bacillus anthracis, Diphtheria, Aerogenes, Proteus and Shigella, and less sensitive to Pseudomonas aeruginosa. Cross-resistance may occur between this product and streptomycin, kanamycin and gentamicin. Due to the clinical toxicity of this product, it is generally not administered by injection, and is only used for oral and topical applications.

It has little oral absorption and can be used to treat diarrhea. It has a good effect on diarrhea caused by E. coli. It can also be used for medication before abdominal and intestinal surgery. The topical application is also effective, and it has a good effect on skin and mucous membrane infections such as abscesses, boils, ulcers and burns caused by sensitive bacteria. It is an antibiotic with less intestinal absorption. It can be used to inhibit the growth of intestinal flora, reduce the production of ammonia and blood ammonia. It can be used for the treatment of ammonia poisoning.

This product is rarely absorbed in the gastrointestinal tract, so gastrointestinal reactions may occur, such as loss of appetite, nausea and increased stool frequency, hearing loss, tinnitus, or fullness of the ears (ototoxicity); staggering gait, dizziness, or unsteady gait (ototoxicity, affecting the vestibule); significantly reduced urine output or frequency of urination, or extreme thirst (Nephrotoxicity).

Large doses may cause symptoms of neurotoxicity and respiratory depression. Among the aminoglycosides, this product has the strongest neuromuscular junction inhibitory effect, and many patients have suffered severe respiratory depression or even died for it. The ototoxicity of this product may be accompanied by nephrotoxicity, and the two often appear at the same time.

Inner ear damage begins as high-pitched hearing loss, and then quickly progresses to deafness. Vestibular dysfunction is only seen when hearing is impaired at the same time. Inner ear damage is permanent. The nephrotoxic effect of this product may be related to the combination of the drug with the protein of renal tubular cells. The clinical manifestations are mild proteinuria, necrosis of renal tubular epithelial cells, casts, decreased muscle clearance and oliguria. This damage can develop into extensive necrosis of renal tubular epithelial cells.

It can cause malabsorption syndrome and steatorrhea when taken orally. When neomycin is applied locally, 6-8% of patients have allergies (mainly various rashes). Patients who are allergic to this drug may have cross-reactions when using other aminoglycosides. Hearing loss often occurs during neomycin treatment. Even people with normal renal function may experience hearing loss after topical application of 0.5% neomycin solution. Among patients treated with neomycin, abnormal urine sediment and azotemia are common. After washing the wound or serosal cavity with neomycin solution, neuromuscular contact block with respiratory paralysis has also occurred. Applying neomycin to a large area of ​​skin or trauma can cause body reactions.

Neomycin is seldom absorbed by oral administration (about 3%), but when long-term oral administration of large doses is given, a considerable amount can still be absorbed when the intestinal mucosa has ulcers or inflammation. Especially when renal function declines, the blood concentration can significantly increase. After oral administration, most of them are excreted with feces unchanged.

Patients with chronic intestinal infections who have been taking the product for a long time, especially those with impaired renal function or taking other ototoxic or nephrotoxic drugs should still pay attention to the possibility of nephrotoxic or ototoxic symptoms. There is a lack of data on the safe use of this product in premature infants and newborns, so it should not be used. Pregnant women should use this product with caution. Breastfeeding women should stop breastfeeding during the medication. Elderly patients should use this product with caution.

Neomycin eye drops are made of prednisolone acetate, neomycin sulfate, polymyxin sulfate and other ingredients. It can treat eye diseases that require anti-inflammatory treatment, such as non-purulent conjunctivitis, blepharitis, scleritis, non-herpetic keratitis, dacryocystitis, after eye surgery and foreign body removal, chemical or thermal burns, abrasions, lacerations or other ocular trauma.

This product should not be injected directly under the bulbar conjunctiva or into the anterior chamber of the eye. Do not touch the mouth of the bottle. Tighten the cap after use to avoid drug contamination.

Long-term use of steroids in the eye may increase intraocular pressure and cause glaucoma, and may also cause the formation of posterior subcapsular cataracts. It is recommended that intraocular pressure be measured frequently during medication. Long-term use of corticosteroids in the eyes may also cause corneal thinning. The use of steroids in patients with thinned cornea or sclera may cause eyeball perforation.

Steroids are the general term for a large class of cyclopentyl fused perhydrophenanthrene derivatives widely distributed in the biological world. Steroid compounds do not contain bound fatty acids and are non-saponifiable lipids; these compounds belong to isoprenoid substances, which are produced by cyclization of triterpenoids and then through internal molecular reorganization and chemical modification.

On October 27, 2017, the list of carcinogens published by the International Agency for Research on Cancer of the World Health Organization was preliminarily compiled for reference. Androgen (anabolic) steroids are in the list of category 2A carcinogens.

Long-term application of the drug may cause overgrowth of non-sensitive bacteria. If double infection occurs, the drug should be stopped and appropriate treatment should be given. If chronic ocular inflammation occurs after long-term medication, the possibility of corneal fungal infection should be considered. Topical application of corticosteroids can delay wound healing.

The main components of compound neomycin ointment are neomycin and bacitracin. Neomycin ointment belongs to the class of antibiotics. It is mainly used for sensitive bacteria causing impetigo or purulent skin diseases, bacterial infections on ulcers and burns, etc.

Systemic administration of neomycin can cause severe nephrotoxicity and ototoxicity, and systemic administration of bacitracin can cause severe nephrotoxicity, so both are limited to topical application. The product is light yellow or yellow ointment, used for purulent skin diseases such as impetigo caused by sensitive bacteria and bacterial infections on burns and ulcers.

If there is renal dysfunction or systemic application of other nephrotoxic or toxic drugs, pay attention to the possibility of toxicity. For example, there may be uremic symptoms such as decreased urination frequency, decreased or increased urine output, hearing loss or tinnitus. Pay attention to personal hygiene during medication and keep the topical area clean and dry.

Neomycin and streptomycin are both aminoglycoside antibiotics. Neomycin is widely used, and it is mainly used for gastrointestinal infections. At the same time, we need to pay attention to the side effects of neomycin and its drug interactions.

BALLYA provides a neomycin-streptomycin-gentamicin-combo-test-kit to tell you if there are neomycin, streptomycin and gentamicin residues in dairy products you eat every day.