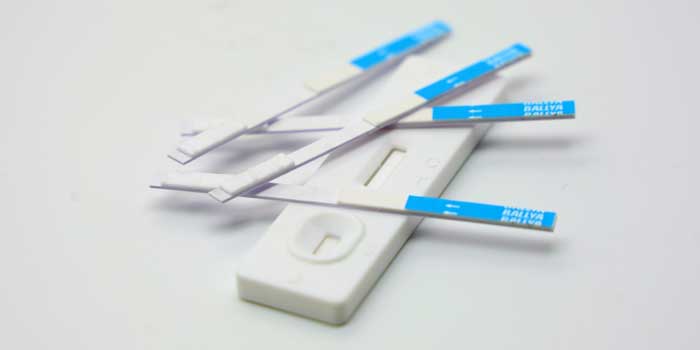 What is BALLYA Colchicine Test?

BALLYA Colchicine Test is manufactured by BALLYA, it’s rapid test for detection the content of Colchicine in all kinds of tobaccos. Lateral flow assay test base on the gold immunochromatography assay technology.
Get A Free Quote!

Colchicine is an alkaloid, originally extracted from the lily family colchicine. It is yellow needle-shaped crystals, easily soluble in water, ethanol and chloroform, bitter and toxic.

The extraction method of colchicine

The traditional method of extracting colchicine from plants is generally solvent extraction. The advantage of this method is that the instrument and materials are easy to obtain, the method is relatively simple, but the reagent consumption is large.

The basic principle of the solvent extraction method is: according to the nature of colchicine, use the difference of its solubility in different solvents to separate according to certain steps and methods.

What is the use of Colchicine?

(1) Gout
This product may reduce white blood cell activity and phagocytosis and reduce the formation of lactic acid, thereby reducing the deposition of uric acid crystals, reducing inflammatory reactions, and playing an analgesic effect. Mainly used for acute gout, it is ineffective for general pain, inflammation and chronic gout.

(2) Anti-tumor
It can inhibit cell mitosis and has anti-tumor effects, but it is highly toxic and has seldom been used. It has a significant effect on breast cancer, and may also have a certain effect on cervical cancer, esophageal cancer, and lung cancer. Some patients' tumors shrink, which is conducive to surgical resection.

The biological effects of colchicine

(1) For mid-term karyotype analysis (higher concentration)
Inhibit mitosis, destroy the spindle, and make the chromosomes stagnate in the mid-division.

What are the side effects of Colchicine?

(1) Gastrointestinal reaction: the most common side effect. Many gout patients experience nausea, loss of appetite, vomiting, abdominal discomfort and diarrhea after taking colchicine. Some patients are unable to adhere to medication due to nausea, vomiting or severe diarrhea.

(2) Bone marrow toxicity: It mainly inhibits the hematopoietic function of the bone marrow, leading to leukopenia and aplastic anemia.

(3) Liver damage: It can cause abnormal liver function, and jaundice can occur in severe cases.

(4) Kidney damage: proteinuria may occur, and generally does not cause renal failure.

(5) Other side effects: including hair loss, skin allergies, depression, etc.

Precautions for the use of colchicine

(2) It can cause reversible malabsorption of vitamin B12.

(3) Gastrointestinal reactions are usually prodromal symptoms of intolerance to this product or poisoning, and the dose should be reduced or stopped in time.

(4) Combined use with hypertension drugs can reduce the antihypertensive efficacy of the latter.

(5) Simultaneous application of thiazide diuretics and colchicine will affect its anti-gout efficacy.

(6) Pregnant women can cause teratogenicity, and the elderly are prone to accumulative poisoning, so use with caution.

(8) Bone marrow suppression, gastrointestinal reaction, and paralytic intestinal obstruction. Leakage outside the blood vessel can cause local necrosis (for intravenous injection).
Note: The above content is for reference only, please use this substance under the guidance of experts!

What specimen can be detected by BALLYA Colchicine Test?

Specimen include: all kinds of grain. Widely used in grain and Chinese herbal medicine.
You can choose the right products according to your needs.

To protect the health tobacco, avoid contaminated tobacco. The excess Colchicine is harmful for animal being, can’t take too much in the body. 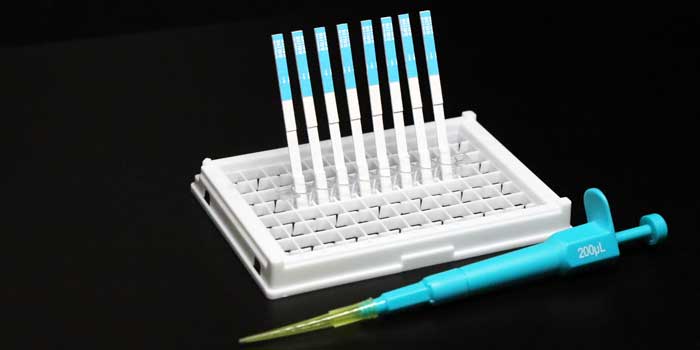 How to use BALLYA Colchicine Test?

1. Take some tobacco specimen
2. Add the supernatant to cassette
3. Wait for 15 minutes to result
4. The details of operation, refer to the kit instruction

BALLYA Colchicine Test is a qualitative test kit. It’s only for screening purpose. If have positive cases or suspected case, maybe use other detection method to make a further detection, such as, ELISA, PCR, qPCR, etc.

BALLYA Colchicine Test is suitable for the detection of Colchicine residues in all kinds of tobaccos. Simple operation, high accuracy and short detection time are the characteristics of this product.

Where to buy BALLYA Colchicine Test?