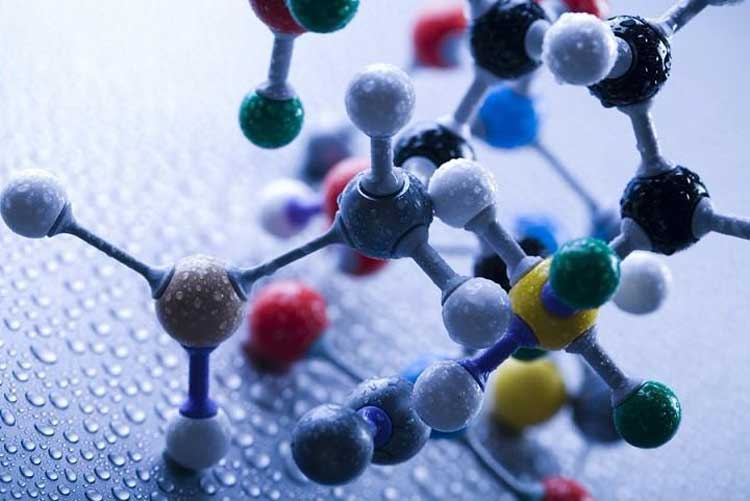 What is a polypeptide?

What is a polypeptide?

Polypeptide antibiotics are extracted from the culture broth of Polymyxa bacterium or Aerospore bacterium. With the development of biotechnology, the clinical application of peptides as drugs has become more and more extensive, and the corresponding pharmaceutical research has also received increasing attention. Compared with traditional small-molecule organic drugs, peptides have poor stability. Polypeptide antibiotics have the characteristics of polypeptide structure, including polymyxins (polymyxin B, polymyxin E), bacitracins (bacitracin, gramicidin) and vancomycin.

Among the peptide antibiotics, different antibiotics have different antibacterial effects. They can fight against infections of Gram-positive bacteria, Gram-negative bacteria, Pseudomonas aeruginosa, fungi, viruses, spirochetes, and protozoa. It has a good therapeutic effect on urinary tract infections, bovine mastitis and other diseases. It exerts antibacterial effect in small doses, sterilization in large doses.

Such antibiotics first affect the outer membrane of sensitive bacteria. The amino group of the cyclic polypeptide part of the drug interacts with the bivalent cation binding point of the bacterial outer membrane lipopolysaccharide, which destroys the integrity of the outer membrane, and the fatty acid part of the drug can penetrate the outer membrane, thereby increasing the permeability of the cytoplasmic membrane, leading to the escape of small molecules such as phosphoric acid and nucleosides in the cytoplasm, causing cell dysfunction and even death. Since Gram-positive bacteria have a thick cell wall on the outside that prevents drugs from entering the bacteria, such antibiotics have no effect on them.

The mechanism of action of peptide antibiotics is also different. Polymyxins can change the function of bacterial cytoplasmic membrane, while bacitracin acts on the cell wall and cytoplasm. The biggest advantage of peptide antibiotics is that bacteria are not easy to develop drug resistance, but the disadvantage is that they are more toxic. In addition to damaging bacterial cell membranes, they also act on animal cell membranes. They are mainly toxic to the kidney and nervous system.

With the development of biotechnology, the clinical application of polypeptides as drugs has become more and more extensive, and the corresponding pharmaceutical research has also received increasing attention. The surface adsorption of protein is another headache encountered during its storage and use. For example, riL-2 will be adsorbed on the surface of the pipe during perfusion, causing loss of activity.

Polypeptide antibiotics are a type of antibiotics with the structural characteristics of polypeptide, including polymyxins (polymyxin B, polymyxin E), bacitracin (bacitracin, gramicidin) and vancomycin.

A group of antibiotics isolated from different bacteria of the genus Polymyxa can be divided into 8 types of polymyxin A, B, C, D, E, K, M and P according to their chemical structure, of which only polymyxin B and polymyxin E have low toxicity that can be used in clinical applications. The other several species are too toxic to be used in clinical practice. Polymyxin B and Polymyxin E were used to treat severe Pseudomonas aeruginosa or other gram-negative bacilli infections in the 1960s. Due to the continuous development of new low-toxic, and effective antibiotics, these two drugs have been replaced by them, but when the above-mentioned bacteria are resistant to other antibiotics and sensitive to these two drugs, it can still be used as a second-choice drug.

The commercial product of polymyxin B is polymyxin sulfate; the commercial product of polymyxin E includes polymyxin E methanesulfonate and polymyxin E sulfate. Colistin is the same drug with different names of polymyxin E. Polymyxin B and Polymyxin E have the same antibacterial spectrum. Most Gram-negative bacilli such as Pseudomonas aeruginosa, Escherichia coli, Klebsella spp., Enterobacter spp. are very sensitive to it, and they are sensitive to Haemophilus influenzae, Pertussis, Salmonella, and Shigella, relatively resistant to Proteus and Serratia marcescens, while Neisseria and Brucea are not sensitive to it. It is not effective against Gram-positive bacteria. Except for Bacteroides fragilis, other Bacteroides and Fusobacterium are all sensitive to anaerobic bacteria. Bacteria develop resistance to these antibiotics slowly, and sometimes resistant strains of Pseudomonas aeruginosa can be seen. Polymyxin B and Polymyxin E have complete cross-resistance.

The two drugs are no longer used as systemic treatment drugs, but are only administered as various local treatments, such as the treatment of external auditory canal, corneal or skin infections. In addition, it can be used for urinary tract perfusion or atomization inhalation therapy.

They are separated from Bacillus licheniformis and Bacillus brevis, both of which are composed of amino acids linked by peptide chains. Both antibiotics have high antibacterial activity against most Gram-positive bacteria. Staphylococcus aureus and β-hemolytic streptococcus are very sensitive to them, and they are often resistant to group B streptococci. Bacitracin is sensitive to pathogenic Neisseria, while gramicidin is slightly weaker.

It is completely ineffective against Gram-negative bacilli. The mechanism of action of bacitracin is mainly to inhibit the synthesis of bacterial cell wall; gramicidin mainly changes the permeability of bacterial cytoplasmic membrane. Because these two antibiotics have severe renal toxicity, they are only used for local treatment. It can be made into creams, ointments, sprays, etc. for external use, or formulated as a solution for eye drops, ear drops, wound cleaning, bladder flushing, etc. It is often combined with neomycin or polymyxin B to expand its antibacterial spectrum.

A tricyclic glycopeptide antibiotic isolated from Streptomyces orientans in 1956. It has a strong antibacterial effect on gram-positive bacteria. It was widely used in clinical practice in 1958. Because the preparations at that time contained impurities, they often caused adverse reactions such as chills, high fever, and low blood pressure, and the advent of penicillin-resistant penicillin in the 1960s. Therefore, the clinical application is greatly reduced. The preparation of this drug has been purified, and the adverse reactions have been significantly reduced, and it is now considered as a relatively safe drug.

Vancomycin can effectively fight against Gram-positive bacteria, including Staphylococcus aureus, Staphylococcus epidermidis, Streptococcus pneumoniae, Streptococcus viridans and Enterococcus. Bacillus anthracis, diphtheria, tetanus, clostridium, etc. are all sensitive to it, but they are ineffective against most Gram-negative bacteria, Rickettsia, Chlamydia, mycoplasma, and fungi. This drug rarely develops resistance, even if it does, it develops slowly. It does not cross-resistance with other antibiotics. Staphylococcus aureus, Staphylococcus epidermidis, and Streptococcus pneumoniae that are resistant to many other antibiotics are also sensitive to them, so it is clinically important to treat infections caused by such resistant bacteria.

Most of the existing antibiotics target the key metabolic pathways required for reproduction, so they are only effective against pathogens in the replication phase; while peptide antibiotics target membranes and are effective for both metabolically active and metabolically inactive microorganisms. This unique mode of action has so far not produced resistance problems. This means that peptide antibiotics can not only safely and effectively eliminate pathogens, but also minimize or even eliminate the risk of drug resistance, thus once and for all solve the current drug resistance problem facing humans.

Conventional antibiotics have appeared corresponding drug-resistant pathogenic strains, and the problem of drug resistance of pathogenic bacteria has increasingly threatened people's health. Finding new types of antibiotics is an effective way to solve the problem of drug resistance. Polypeptide antibiotics are considered to have broad application prospects in the pharmaceutical industry because of their high antibacterial activity, wide antibacterial spectrum, wide variety of options, and the difficulty of target strains to produce resistance mutations.

In recent years, although some progress has been made in the research of non-injection administration of polypeptides, there are still many difficulties. Almost all peptide drugs require penetration enhancers for mucosal delivery, and there are many types of them. The problem is how to reduce their irritation and whether long-term use affects the integrity of the epithelium.

Substituting micro-particles for penetration enhancers may be a promising method of oral administration. Although some achievements have been made in overcoming osmotic barriers and enzyme barriers, there has been no breakthrough. In addition, the issue of hepatic clearance of peptides should be paid attention to. Understanding the relationship between liver clearance mechanism, structure and clearance will help realize the dream of oral administration of peptides.

BALLYA provides a ballya-vancomycin-test and ballya-polymyxin-b-test to tell you if there are vancomycin and polymyxin b residues in foods and feed.