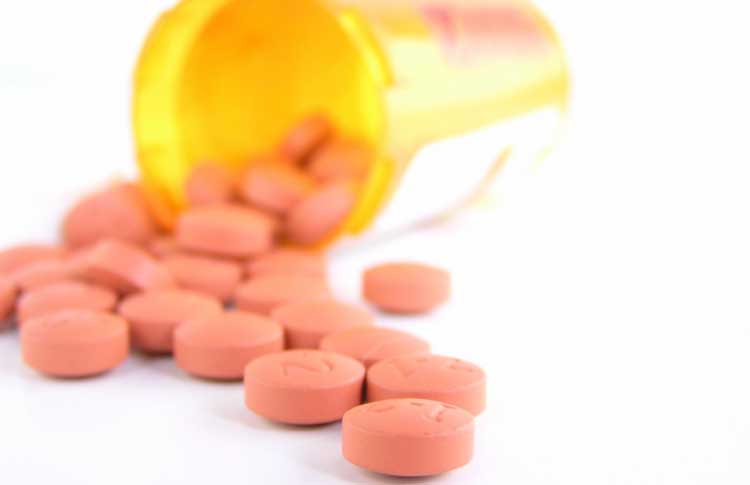 What is the difference between amoxicillin and penicillin?

Amoxicillin is one of the most commonly used semi-synthetic penicillin broad-spectrum beta lactam antibiotics. It is a white powder with a half-life of approximately 61.3 minutes. It is stable under acidic conditions, and the gastrointestinal absorption rate reaches 90%. Amoxicillin has a strong bactericidal effect and a strong ability to penetrate cell membranes. It is one of the most widely used oral semi-synthetic penicillins. Its preparations include capsules, tablets, granules, dispersible tablets, etc., and are now often combined with clavulanic acid to make dispersible tablets.

Amoxicillin is a semi-synthetic broad-spectrum penicillin. Its antibacterial spectrum and antibacterial activity are basically the same as ampicillin, but its acid resistance is stronger than ampicillin, and its bactericidal effect is stronger and faster than the latter, but it cannot be used for the treatment of meningitis. The half-life is approximately 61.3 minutes. It is absorbed more quickly and completely than ampicillin.

Amoxicillin has a strong bactericidal effect and a strong ability to penetrate cell walls. After oral administration, the lactam group in the drug molecule is immediately hydrolyzed to form a peptide bond, which is quickly combined with the transpeptidase in the bacteria to inactivate it, cutting off the only way that the bacteria rely on the transpeptidase to synthesize glycopeptides to build the cell wall, making the bacteria quickly become spherical bodies and rupture and dissolve, and eventually swell and die due to the loss of the cell wall and the continuous penetration of water.

It has strong antibacterial and bactericidal effects on most pathogenic G+ bacteria and G-bacteria (including cocci and bacilli). Among them, Streptococcus pneumoniae, Streptococcus hemolyticus, aerobic gram-positive cocci such as penicillinase-not producing Staphylococcus, Enterococcus faecalis, Escherichia coli, Proteus mirabilis, Salmonella, Haemophilus influenzae, Neisseria gonorrhoeae and other aerobic gram-negative bacteria that do not produce β-lactamase and Helicobacter pylori are sensitive to it. Hemodialysis can remove some drugs, but peritoneal dialysis has no effect on removing this product.

3. What is amoxicillin used for?

Amoxicillin can be used to treat typhoid fever, other salmonella infections and typhoid carriers to obtain satisfactory results. The treatment of urinary tract infections caused by sensitive bacteria that do not produce beta lactamase has also achieved good results.

For patients with lower urinary tract infections and non-enzyme-producing Neisseria gonorrhoeae urethritis and cervicitis, a single oral dose of 3 g is sufficient. Ear, nose, throat infections, respiratory infections and skin and soft tissue infections caused by Streptococcus pneumoniae, Staphylococcus aureus which does not produce penicillinase, Streptococcus hemolyticus and Haemophilus influenzae which does not produce β-lactamase are all indications. Leptospirosis can also use amoxicillin. This product can also be used for urogenital infections caused by sensitive Escherichia coli, Proteus mirabilis and Enterococcus faecalis. This product, combined with clarithromycin and lansoprazole, has a good effect on the treatment of Helicobacter pylori infection.

Amoxicillin is suitable for the following infections caused by sensitive bacteria (strains that do not produce beta lactamase):

The national health department stipulates that a penicillin skin test must be performed before using amoxicillin, and those with a positive reaction are prohibited. In addition, penicillin sodium and penicillin potassium are also penicillin antibiotics, and skin tests must be done before use. If it is inconvenient to do a skin test, you can take one-third of a capsule first. If there is no adverse reaction, you can take it normally. If you feel unwell, go to the hospital as soon as possible.

Amoxicillin has a variety of dosage forms, including injections, capsules, tablets, granules, etc. However, no matter which dosage form, it has high requirements for the storage environment. It should be shaded, sealed, and stored in a cool, dark and dry place. Even if the storage conditions are appropriate, chemical changes such as decomposition and polymerization of amoxicillin may still occur along with time, forming new allergic substances. In the hot and humid season, this deterioration and failure rate will accelerate.

In addition, amoxicillin and aminoglycoside drugs (such as gentamicin, kanamycin), ciprofloxacin, pefloxacin and other drugs are contraindicated and cannot be placed in the same container. The use of amoxicillin capsules must be in accordance with the doctor's advice. Taking it as a family medicine by yourself is stupid and dangerous. In the process of taking amoxicillin, if allergic reactions such as skin rashes occur, or serious adverse reactions of the digestive system, such as diarrhea, vomiting, etc., the drug must be stopped immediately.

Penicillin was the first natural antibiotic used clinically in the 1940s, and a series of semi-synthetic penicillins were subsequently developed based on the chemical structure of penicillin. Amoxicillin is one of them, so what is the difference between penicillin and amoxicillin?

In order to get rid of this defect of pure natural penicillin, a variety of penicillins with penicillinase resistance, acid resistance, and broad antibacterial spectrum have been synthesized. Because they have beta lactam rings in their structure, they are also called β-lactam anti-inflammatory drugs. Beta-lactam anti-inflammatory drugs destroy the bacteria by affecting the formation of bacterial cell walls. The tissue cells do not have plant cells, so the toxic and side effects on the body are not great, but some people will develop skin allergies. In severe cases, they are prone to anaphylactic shock. Amoxicillin belong to the broad-spectrum penicillins, and are synthetic penicillins for oral administration. Therefore, amoxicillin belongs to penicillin drugs, not purely natural penicillin, and patients with skin allergies to pure natural penicillin should not use amoxicillin capsules.

Amoxicillin are semi-producing broad-spectrum penicillin drugs with strong antibacterial effect and strong ability to work through plant cells. The antibacterial spectrum is broader than penicillin G. It is effective against most disease-related G bacteria and G-bacteria (including leather Blue-negative bacilli and streptococci).

Amoxicillin are suitable for respiratory infections, urinary tract infections, bile duct infections, skin and soft tissue infections, meningitis, blood infections, endocarditis, etc. caused by more sensitive bacteria. Amoxicillin capsules are stable under the acid-base standard and can be administered orally. The digestion rate of the digestive tract reaches 90%. After oral administration, the lactam group in the molecular structure of the drug is immediately hydrolyzed into peptide bonds, which can quickly infuse with the bacterial body and then degrade it.

Amoxicillin has a hydroxyl and amino group based on the structure of penicillin, so amoxicillin is also called amino penicillins.

Amoxicillin can be used to treat typhoid fever and typhoid fever carriers; it can also be combined with clarithromycin and lansoprazole to eradicate Helicobacter pylori in the stomach and duodenum and reduce the recurrence rate of peptic ulcer. Penicillin does not have these indications.

Penicillin has poor stability to enzymes, including our commonly used penicillin g or penicillin V, which are all natural penicillins, while amoxicillin is a synthetic amino penicillin, which is relatively stable to penicillin and can be taken orally.

Penicillin g is quickly inactivated by gastric acid after oral administration due to its poor acid tolerance, so it only absorbs 15% of the dose. Therefore, penicillin G is only available in injection form.

Amoxicillin will not be destroyed by gastric acid when taken orally, and the absorption is rapid and complete, reaching 60% to 75% of the dose. Therefore, amoxicillin is not only available in injection, but also in oral dosage form.

In summary, amoxicillin vs penicillin has different antibacterial spectrums and different indications. Penicillin g is only available for injection, while amoxicillin is also available in oral dosage forms. The adverse reactions are slightly different. The clinical application should be selected based on the patient and disease conditions.

Amoxicillin and penicillin belong to beta lactams. BALLYA provides a betalactam test to tell you if there are beta lactams residues in dairy products you eat every day.