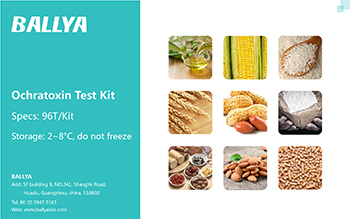 Ochratoxin is another mycotoxin that has attracted worldwide attention after aflatoxin. 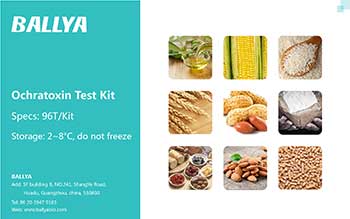 Ochratoxin A is the most important toxin in the ochratoxin family. It is produced by a variety of Aspergillus (Aspergillus) and Penicillium (Penicillium verruca). 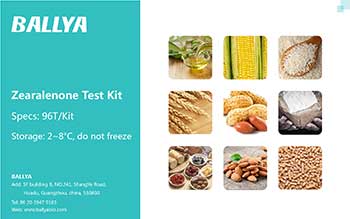 Zearalenone, also known as F-2 toxin, was first isolated from corn with gibberellosis. 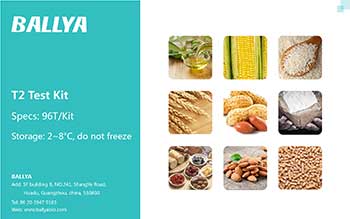 In Mucor, naturally occurring in food and feed, T-2 toxin is a secondary metabolite of cytotoxic fungi produced by various species of Fusarium. 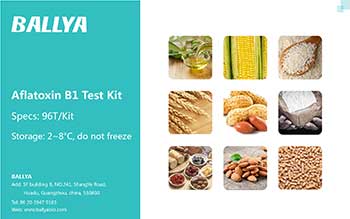 Aflatoxin B1 is an aflatoxin produced by Aspergillus flavus and A. parasiticus. 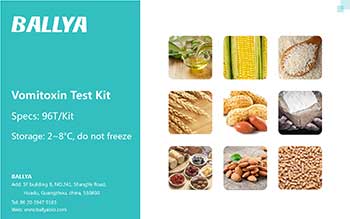 The main component of vomitoxin is DON (deoxynivalenol, deoxynivalenol), which belongs to the group of monomyxins. 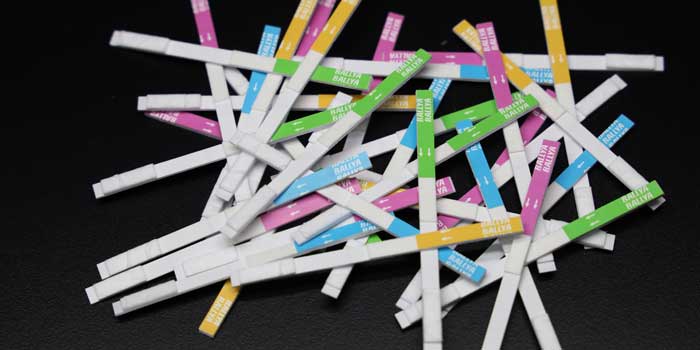 Mycotoxins mainly refer to toxic metabolites produced by molds in foods they contaminate. They can enter humans and animals through feed or food, causing acute or chronic toxicity to humans and animals, and damage to the liver, kidneys, and nervous tissues of the body. Hematopoietic tissue and skin tissue.

According to statistics, there are more than 300 known mycotoxins, and common toxins are:
Aflatoxin, Zearalenone / F2 Toxin (ZEN / ZON, Zearalenone)
Ochratoxin, T2 toxin (Trichothecenes)
Vomiting toxin / deoxynivalenol (DON, deoxynivalenol)
Fumonisins / fumonisins (including Fumonisins B1, B2, B3)

Mold is a type of fungus, which is characterized by a relatively developed mycelium and no large fruiting bodies. Like other fungi, it also has cell walls, parasitic or saprophytic means of survival. Some molds transform food into toxic substances, and some may produce toxins in foods, that is, mycotoxins. Since the discovery of aflatoxin, the contamination of food by mold and mycotoxins has attracted increasing attention. It causes great harm to human health, mainly manifested in chronic poisoning, carcinogenic, teratogenic and mutagenic effects.

After mold contaminates food and produces toxins, if people ingest such foods can cause various damage to human health, called mycotoxins poisoning.
Narrow mycotoxin poisoning means that toxin-producing fungi parasitize on food or feed, produce toxic metabolites under appropriate conditions, and cause poisoning after being consumed by humans and animals.
Mycotoxin poisoning in the broad sense includes those who have eaten mycotoxins or are Poisoning caused by food (feed) contaminated by mycotoxins.

There are three main symptoms of human mold poisoning:
1. In the case of mold poisoning, oral mucosa, glandular stomach, and intestinal ulcers will occur in birds. A large amount of hydrochloric acid will be secreted from gastric parietal cells after infection, which will lead to the occurrence of adenitis.
2, toxins absorbed through the digestive tract are mainly decomposed by the liver, so when mold poisoning occurs, it can cause liver swelling, blackening, or brush bleeding.
3. Fungal poisoning can cause functional changes or damage to the animal's organs. Serious conditions can also lead to animal death and immunosuppression.

Treatment for people who have had chronic or acute exposure to mold and mycotoxins with possible mold toxicity may include oxygen therapy, immunotherapy, detoxification therapy, nutrient therapy and immunotherapy to improve and regulate the immune system.

Mycotoxins are most commonly found in these foods

When the environmental conditions are appropriate, such as higher temperature and humidity conditions, food may be moldy. A large number of research results have shown that mycotoxins have been found in foods and processed products such as commonly used cereals, dairy products, fermented foods and animal feeds. Different fungal species are easy to reproduce in different foods.
The growth of mold is affected by many factors, the most important of which is water activity. The water activity of growing crops and stored fruits and vegetables is sufficient to maintain mold growth, while cereals and cereal products cannot maintain mold growth due to low storage moisture. This is why cereals are used as the most basic ingredient and stored food. However, if the cereal products have water activity> 0.65, molds may also grow and reproduce. Molds often invade food materials and deteriorate the raw materials, and molds can be seen on food. 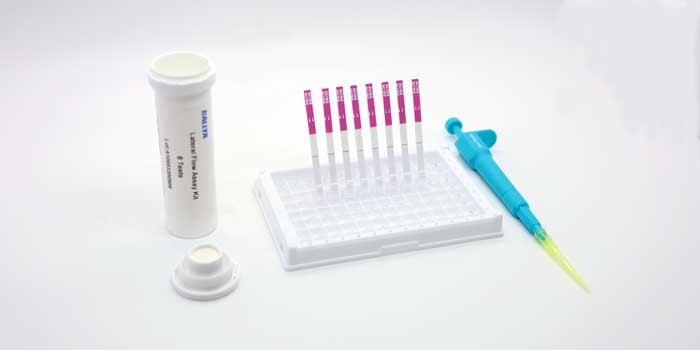 The commonly used methods for mycotoxin detection are as follows:

I. TLC:
The TLC method is aimed at different samples. The mycotoxin is extracted from the sample with a suitable extraction solvent, purified by column chromatography, and then expanded and separated on a thin layer chromatography. The fluorescence of mycotoxins is used to determine the minimum content by comparing its strength with the standard. TLC sample preparation is cumbersome, and the extraction and purification effects are not ideal. There are many impurities in the extraction solution, which affects the fluorescence intensity of the spots during expansion.

3. Immunochemical detection method: (colloidal gold immunochromatography, enzyme-linked immunosorbent assay):
Immunological detection method is a biochemical analysis method based on the selective reaction between antibodies and antigens or haptens. Usually has high selectivity and low detection limit. It is widely used for the determination of various antigens, semi-antibodies or antibodies. Generally, it can be divided into fluorescent immunoassay.

The best mycotoxin test medium is urine, as mycotoxins accumulate in the liver and kidneys. So testing urine is also easier and less invasive.

Mycotoxins are an anti-nutritional factor present in feeds and raw materials, and are secondary metabolites of strong mycotoxins. Mycotoxins are produced during the processing, transportation, and storage of feed. It should be said that there is no place in the world that can escape from mold contamination. Mycotoxins are very harmful to the human body, and direct contact with mycotoxins should be avoided as much as possible, so it is especially important to prevent and detect mycotoxins in food. Ballya provides a variety of mycotoxin rapid detection kits, the detection results comply with the European Union standards, not only simple operation, but also fast and accurate. BALLYA also produce other rapid test based on immuno-chromatography.