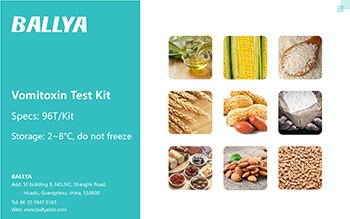 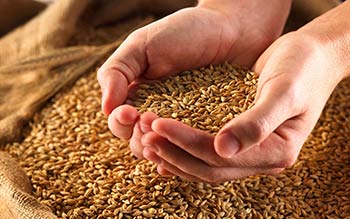 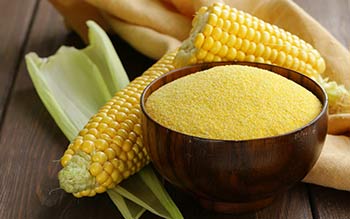 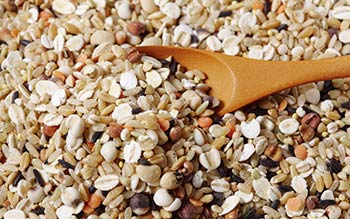 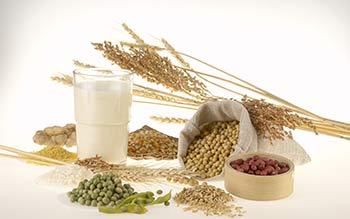 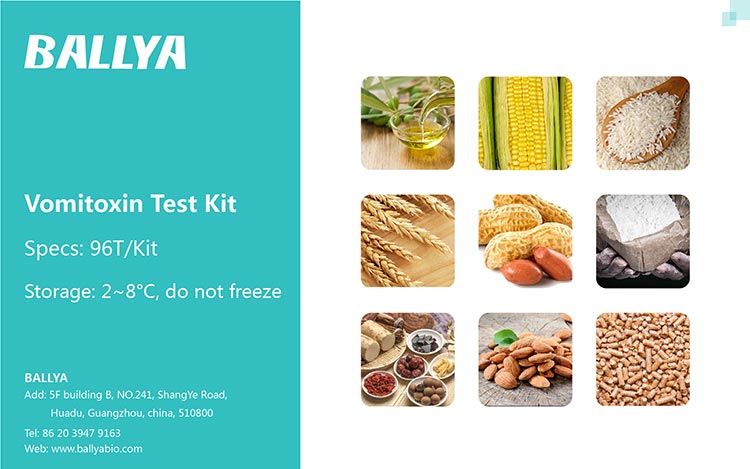 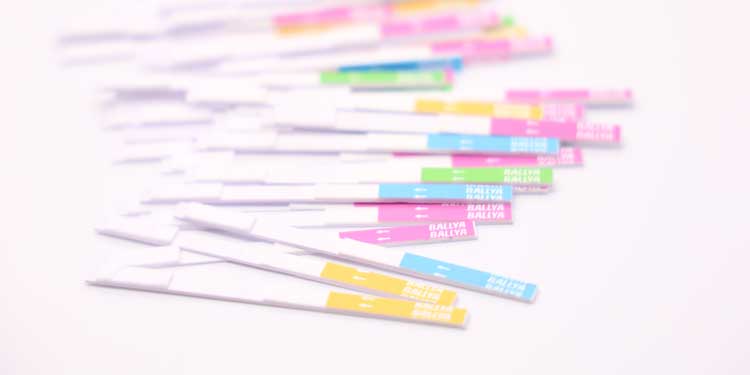 What is the deoxynivalenol test?

BALLYA Deoxynivalenol Test is a rapid one-step test that can qualitatively (or quantitatively) detect deoxynivalenol in grains and feed in just eight minutes.
Get A Free Quote!

Aspergillus, Penicillium and Fusarium are the most important molds that produce toxins. So far people have known about 300 different mycotoxins, but only a few are thought to be related to livestock and poultry diseases. Ingestion of a large amount of mycotoxins often causes acute symptoms of poisoning, but a small amount of ingestion will produce clinical manifestations of non-heterosexuality, such as reduced food intake, poor growth, slow weight gain, increased mortality, and immunosuppression. Trichothecenes is the most common type of contaminating mycotoxins in grains, produced by Fusarium, including T-2 toxin, nivalenol, zearalenone, Fumonisin, Fusarenone. X and Deoxynivalenol (DON) and so on. It can have a wide range of toxic effects on humans and animals, such as loss of appetite, weight loss, and metabolic disorders.

DON is a trichothecenes toxin, mainly produced by Fusarium graminearum and Fusarium pink. DON was first isolated from barley infected with head blight in Kagawa Prefecture, Japan in 1970 by Shinichi Zhu. In 1973, Vesohder isolated the toxin from corn contaminated with Fusarium graminearum that caused sows to refuse to eat and vomit in northwestern Ohio, the United States; and based on its characteristics of inducing animal vomiting, it was named Vomitoxin (VT).

DON is mainly produced by certain Fusarium species, including: Fusarium graminearum, Fusarium oxysporum, Fusarium moniliforme, Fusarium cladosporium, Fusarium pink and Fusarium nivalis. Many grains can be contaminated, such as wheat, barley, oats and corn. The contamination of grains by DON is related to factors such as toxin-producing strains, temperature, humidity, ventilation and sunshine. This fungus grows slowly in cereal crops mostly in low temperature, humidity and harvesting seasons. Generally, it has higher concentrations in barley, wheat, corn, and oats, and lower concentrations in rye, sorghum, and rice.

DON contamination of grains is very common and has been reported all over the world, especially in China, Japan, the United States, Argentina and South Africa. In areas with high incidence of malignant tumors such as gastric cancer and esophageal cancer in China, DON is one of the main contaminating mycotoxins. The contamination of grains and cereals by this toxin is very common, with the highest detection rate and detection amount, and the highest detection content can reach 170.22 mg/kg. The pollution rate and content in the diet of residents in areas with high incidence of esophageal cancer and gastric cancer in Hebei Province of China are quite high.

DON may accumulate to a certain extent in the body, but it has strong cytotoxicity without special target organs. After humans and animals ingest food contaminated with DON, they can have acute poisoning symptoms such as anorexia, vomiting, diarrhea, fever, unstable standing and unresponsiveness. In severe cases, it damages the hematopoietic system and causes death, but some animals are not sensitive to DON. Pigs are the most sensitive. In addition, DON has an effect on the immune system, has obvious embryotoxicity and certain teratogenic effects, and may be genetically toxic, but has no carcinogenic or mutagenic effects. However, there are many conflicts in the results of immunotoxicity studies, and there is no conclusive evidence.

Low doses of DON mainly cause the animals' appetite loss, weight loss, metabolic disorders and other symptoms. Large doses can cause vomiting. Animals have different responses to DON. Male animals are more sensitive to toxins, and pigs are more sensitive than mice, poultry and ruminants.

DON is often associated with resistance syndrome in pigs. When the content of DON in the pig feed exceeds 1μg/kg, the food intake will be significantly reduced, or even refusal to eat, the body weight gain will be lower than the normal pig's level, and vomiting will be accompanied. Adding pure DON to the pig feed will reduce the feed intake, and the decrease in feed intake is inversely proportional to the added concentration. One symptom of DON-poisoned pigs is the refusal to feed and the appearance of "stiff pigs". The toxin content of 10 mg/kg in corn will cause the pigs to refuse to eat. Is this refusal to eat due to the local irritation of the toxin on the digestive tract or poor palatability, there is no final conclusion. Dairy cows seem to be insensitive to DON, but low-yielding cattle fed with feed containing DON also suffer from disease.

DON is both an immunosuppressant and an immune booster, and its effect is related to the dose and duration of action. Animal studies have found that DON can significantly inhibit the immune function of animals, and can induce apoptosis of T cells, B cells and IgA cells in the mucosa of mice thymus, spleen, and small intestinal mucosa. The toxic effect of DON on the immune system is mainly manifested in its obvious acute and chronic toxicity, causing loss of appetite, vomiting, weight loss and metabolic disorders.

The Deoxynivalenol Rapid Test Kit is a colloidal gold immunochromatography assay that detects Deoxynivalenol residue in grain, feed and meets EU MRL. BALLYA colloidal gold detection card can meet the rapid requirements of the field, and result within 5-10 minutes, and can be qualitative or quantitative with high sensitivity.

This product uses the colloidal gold competition method to quickly detect the residues of Deoxynivalenol in cereals and feeds through specific antigen-antibody reactions. It is suitable for on-site rapid detection of various enterprises, testing institutions and supervision departments. 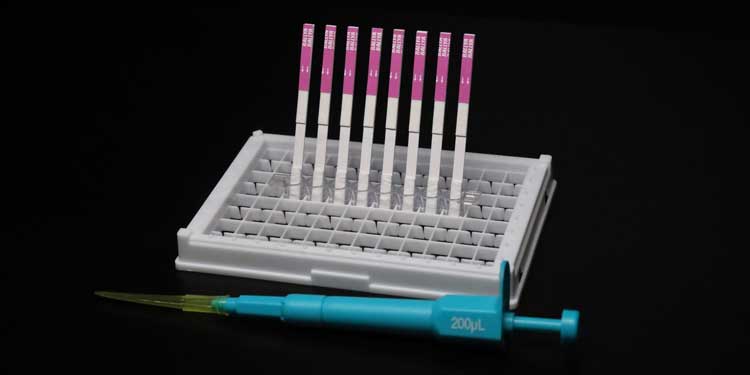 Test samples include: grain, feed, and grain products such as beer and edible oil.

The LOD maybe change according to requirement or specimen's difference, refer to kit instruction

The Importance of Deoxynivalenol Test

Materials Required for Deoxynivalenol Test, But Not Provided

How to use Deoxynivalenol Test?

Deoxynivalenol is widely present in nature and pollutes our grain feed and almost all the resources on which we depend for survival. Therefore, timely detection of the presence of Deoxynivalenol is particularly important.

The Deoxynivalenol Test provided by BALLYA can remove your doubts, and timely and accurately detect whether food and beverage contain Deoxynivalenol.

How to order Deoxynivalenol Test?