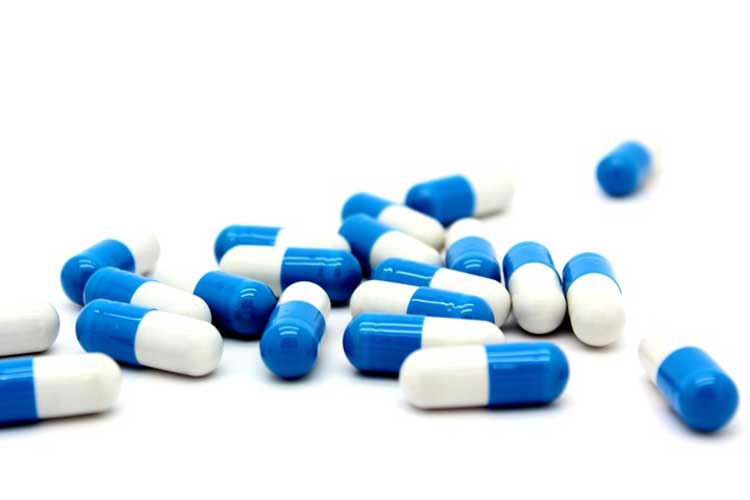 Tetracycline is an organic compound with the molecular formula C₂₂H₂₄N₂O₈. It and its salts are yellow or light yellow crystals. They are extremely stable in a dry state. Except for chlortetracycline, the aqueous solutions of other tetracyclines are quite stable. Tetracyclines are soluble in dilute acids, alkalis, etc., slightly soluble in water and lower alcohols, but insoluble in ether and petroleum ether.

Tetracycline has a molecular formula of C22H24N2O8 and a molecular weight of 444.45. It is a broad-spectrum antibiotic. It is a yellow crystal with bitter taste and melting point 170～175℃ (decomposition). It is slightly soluble in water, soluble in ethanol and acetone, stable in the air, but easy to absorb water, discolor by strong sunlight.

4. What is tetracycline used for?

Tetracycline hydrochloride is a broad-spectrum antibiotic. It has an inhibitory effect on most gram-positive and gram-negative bacteria. The high concentration has a bactericidal effect, and can inhibit rickettsia, trachoma virus, etc., and has a better effect on gram-negative bacilli. Its mechanism of action is mainly to prevent the combination of aminoacyl and ribonucleoprotein bodies, prevent the growth of peptide chains and protein synthesis, thereby inhibiting the growth of bacteria. It also has a bactericidal effect at high concentrations.

Tetracycline is mainly extracted from the culture broth of Streptomyces viridans or dechlorinated from chlortetracycline. It is not very toxic. But tetracycline acne are common, such as nausea, vomiting, loss of appetite, double infection, affecting bone and tooth growth, etc.

Later, it was discovered that the chemical structure of these antibiotics was not stable enough, and they were prone to drug resistance. Severe bacterial resistance has led to an urgent need to develop new tetracycline antibiotics. Through extensive structural modification, the second generation semi-synthetic tetracycline antibiotics represented by doxycycline and minocycline were discovered. This kind of antibiotics is more lipophilic and is conducive to cell absorption. However, in recent years, drug-resistant strains have also appeared continuously, which limits its clinical application.

In 2005, the U.S. Food and Drug Administration (FDA) approved the marketing of tigecycline, which has a significant inhibitory effect on the widely drug-resistant Staphylococcus aureus and vancomycin-resistant bacteria. The emergence of glycylcycline antibiotics represented by it marked the birth of the third generation of tetracycline.

Because the necessary pharmacophore for the third-generation tetracycline activity against drug-resistant bacteria is to have a variety of substituents on the D ring, such as glycyl, dimethylamino, fluoro and so on, it is very difficult to construct this kind of structure using previous semi-synthetic methods. It is necessary to develop a new and efficient total synthesis method to construct a D-ring multi-substituted tetracycline skeleton. This also marks the research of tetracycline from semi-synthesis into a new era of total synthesis.

Mechanism of action: Tetracycline can bind to a protein of the 30S subunit of the ribosome, thereby inhibiting the translocation process of the ribosome. It encodes a membrane-bound protein composed of 399 amino acids, which prevents tetracycline from entering cells.

After taking tetracycline tablets, some patients will experience increased intracranial pressure such as headaches, vomiting, etc. Patients must stop the drug immediately if these symptoms occur.

Some patients taking tetracycline tablets will have symptoms such as hyperphosphatemia and acidosis, and some patients will experience aggravated original symptoms of kidney disease.

Long-term use of tetracycline tablets can lead to drug resistance and aggravate infections of the digestive tract, urinary tract, and respiratory tract.

Tetracycline has an effect on the growth and development of bones and teeth, and can also cause tetracycline teeth. Therefore, pregnant women, adolescents and breastfeeding women are prohibited from using this drug.

After the sample is extracted and purified, the tetracycline antibiotics can be separated by thin layer chromatography or liquid chromatography, and then quantitatively determined by spectrophotometric, fluorescence or mass spectrometry detection systems.

Compared with other analytical methods, the microbial inhibition method is simple to operate, low in price, and does not require sophisticated instruments and complicated sample pretreatment processes, so it is suitable for screening many samples. The biggest disadvantage of the microbial suppression method is that it cannot distinguish the specific types of tetracyclines, so it is difficult to carry out quantitative detection.

The milk sample was centrifuged to defatted, diluted with a phosphate buffer at a ratio of at least 1:30, and then directly determined by enzyme immunoassay. The detection limit can reach 5 ng/g. Because the antibody used in this method is strongly related to chlortetracycline Therefore, although this method is not used to detect tetracyclines, the detection limit for chlortetracycline is as low as 5 ng/g. Due to the existence of cross-reaction and high false positive rate, immunoassay is generally used as the primary screening method for the detection of tetracyclines.

What is tetracycline? In the early days when tetracycline was created, it was the gospel of mankind. It solved many medically difficult diseases at that time. Antibiotics were abused and developed drug resistance because of this "magic curative effect". And now, how to solve the problem of tetracycline resistance will be a problem for mankind.