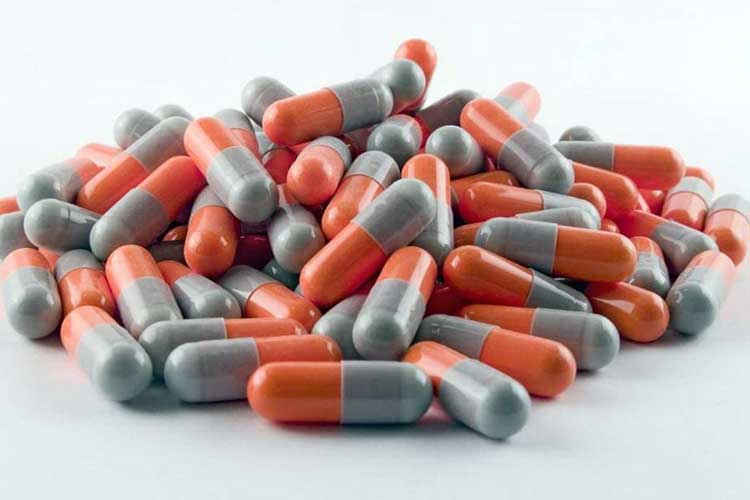 What are cephalosporins antibiotics used for?

There are about 30 commonly used types, which are divided into one, two, three, four, and five generations according to the time of their invention and the difference in antibacterial properties.

The cephalosporin compound was first extracted in 1948 by the Italian scientist Giuseppe Brotzu from the cephalosporin in the drainage ditch of Sardinia. He discovered that these acremonium secreted some substances, which can effectively resist the typhoid bacillus that causes typhoid fever. The University of Oxford has successfully extracted cephalosporin C, which is stable to beta lactamase, but it is not effective enough for clinical use. Clavulanic acid is a new oxygen-containing nucleus beta lactam antibiotic produced by Streptomyces.

The core of cephalosporin is 7-aminocephalosporin (7-ACA for short), which is derived from cephalosporin C and has been confirmed to be similar to the core of penicillin (ie. 6-aminopenicillanic acid, 6-APA). The side chain of 7-ACA was modified and some very useful antibiotics were obtained. The first cephalothin was issued by Eli Lilly in 1964.

Cephalosporins can be applied in various parts of the body. Therefore, if various tissues and organs are infected, as long as the pathogenic bacteria are sensitive to cephalosporins, they can be used. It is a kind of bactericide, which means if the concentration is enough, it can kill the bacteria, unlike those bacteriostatic agents like tetracycline, erythromycin, and chloramphenicol. Therefore, cephalosporins can be used for more serious infections.

Because of the above characteristics, cephalosporins have higher practical value in clinical practice.

As cephalosporin has so many advantages, patients and doctors all favor it. When a patient has an infection or fever, no matter what kind of infection it is, they use cephalosporin first, especially the third-generation cephalosporin produced in large quantities in China with a low price. Therefore, abuse was common in the past.

In the past five years, many negative bacteria such as Escherichia coli and pneumoniae bacteria that are difficult to be treated with third-generation cephalosporium have emerged in China.

The extended-spectrum beta lactamase produced by these bacteria can destroy cephalosporins and produce drug resistance. In Shanghai, the proportion of bacteria resistant to third-generation cephalosporin, such as Escherichia coli and pneumoniae bacteria, has accounted for 10%-40%. Many cephalosporins are used. As a result, the good antibacterial effects of these drugs have been greatly weakened, and infections caused by these drug-resistant bacteria are clinically difficult to deal with.

2. Take it orally if you can, and intravenously by drip

Many patients will ask their doctors to give them intravenous cephalosporins in order to pursue an early recovery. This is not appropriate. Whether to use cephalosporin, or use it intravenously or orally depends on the doctor's decision.

And intravenous drip is better than bolus injection. Why is this? This is because cephalosporin can also produce adverse reactions. If the patient has a severe allergic reaction or other critical adverse reactions to it, and a bolus injection is used, then the drug will quickly enter the blood and the doctor cannot stop the administration. But if you choose drip infusion, even if the drip is fast, once the patient has an adverse reaction, the infusion speed can be immediately slowed down, and the tube can even be clamped immediately to terminate the administration.

3. It cannot be mixed with other drugs

In principle, antibacterial drugs and any other drugs should not be mixed together, even if they are both antibacterial drugs. For example, if a patient receives an intravenous drip of two antibiotics, cephalosporin and gentamicin, it is not allowed to put the two drugs into the same bottle for infusion at the same time. Because the physical and chemical characteristics of various antibacterial drugs are different.

If they are added together, maybe the color remains unchanged, and there is no precipitation, but in fact they may have interacted, reducing their antibacterial effects, or even producing new compounds harmful to the human body. Therefore, the application of antibacterial drugs must be administered separately, and two drugs must not be placed in one container at the same time.

Do not take medication before or after drinking, or shock and fainting occur easily. The elderly may even be life-threatening.

Side effects of cephalosporins taken with alcohol

Cephalosporin and alcohol may have a disulfiram-like reaction. Disulfiram is a drug for abstinence from alcohol. After taking this medicine, even if you drink a small amount of alcohol, your body will experience severe discomfort.

The metabolic process of ethanol in the body can be simply described as: first oxidized to acetaldehyde in the body, and then converted into carbon dioxide and water with the assistance of related enzymes. Disulfiram and other similar drugs can inhibit aldehyde-related enzymes when taken with alcohol, accumulated acetaldehyde in the body producing a series of physiological reactions. Its severity is directly proportional to the dosage of the drug and the amount of alcohol consumed. This reaction is more serious in the elderly, children, patients with cardiovascular and cerebrovascular diseases, and those who are sensitive to ethanol, and generally occurs 15-30 minutes after medication and drinking.

2. Drugs that cause disulfiram reactions

So, what common drugs taken with alcohol can cause disulfiram-like reactions?

B. Nimidazole drugs such as metronidazole, tinidazole, ornidazole, secnidazole.

3. The interval between alcohol and cephalosporin

Some people may wonder, shouldn’t drink alcohol only during medication? The answer is "no." After taking the drug, the specific duration of alcohol prohibition needs to be weighted according to his own situation.

According to related literature reports, disulfiram-like reactions caused by cephalosporin antibiotics are highly correlated with alcohol consumption, but there are individual differences as the metabolism rates of alcohol and drugs is different, but the longer the interval between drinking and medication, the lower the incidence of those adverse reactions.

What should we do if friends around us meet the similar situation? Advise him to stop medication and alcohol-containing products in time, ask the patient to adopt a horizontal posture to keep his breathing smooth. The mild ones can relieve soon, and the more severe ones should be sent to the nearest medical institution immediately.

Cephalosporin is widely used in our daily lives, but it is important to note that the combination of cephalosporin and alcohol is often harmful and sometimes fatal. So, just like no drinking while driving, there should be no drinking during medication.