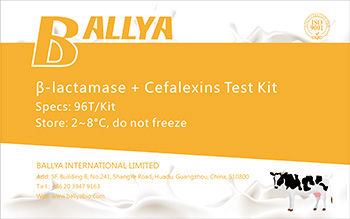 What is Betalactam Cefalexin Combo Test?

Two sensor Test Kit, rapid to detect beta lactams and cefalexin residues in milk and dairy product by using colloidal gold immune-chromatography technology. As soon as 7-10 minutes to results.
Get A Free Quote! 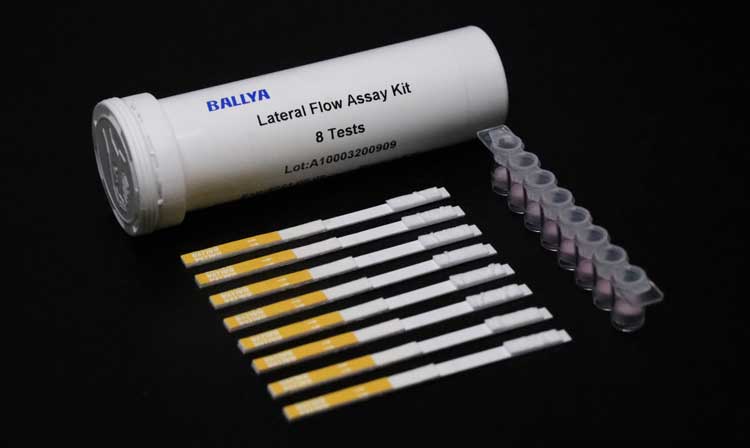 It is the most widely used class of existing antibiotics, including penicillins and cephalosporins that are most commonly used clinically, as well as newly developed cephalosporins, thiomycins, monocyclic β-lactams, etc.

Such antibiotics have the advantages of strong bactericidal activity, low toxicity, wide indications and good clinical efficacy. The chemical structure of this class of medicines, especially the change of the side chain, has formed many antibiotics with different antibacterial spectrum and antibacterial effects and various clinical pharmacological properties.

Cephalexin is the first-generation cephalosporin, also known as "Pioneer No. 4", which belongs to β-lactams. It can inhibit the synthesis of cell walls, swell the cell contents to rupture and dissolve, and kill bacteria. It is effective against a variety of gram-positive and gram-negative bacteria (such as Staphylococcus, Pasteurella and Escherichia coli).

Pseudomonas and Proteobacteria are usually resistant to it. Maintaining blood drug concentration higher than MIC is very important for the effect of the drug. Prolonging the dosing interval or missed dosing will reduce the therapeutic effect. The dosage and dosing interval are determined according to the site of infection, severity and pathogenic bacteria.

In severe or acute infections, the dose can be doubled or the frequency of administration can be increased. This product is toxic to rabbits and can only be used for special indications.

The antibacterial mechanism of cephalexin is to inhibit the synthesis of the bacterial cell wall, so that the cell swells to death, thereby achieving a bactericidal effect. Cephalexin is a broad-spectrum antibiotic.

Except for Enterococcus and methicillin-resistant Staphylococcus aureus, most strains of Chemicalbook Streptococcus pneumoniae, Streptococcus hemolyticus, and Staphylococcus penicillinase producing or not producing are sensitive to this product. Cephalexin has obvious antibacterial effect on Neisseria, but it has no significant effect on Haemophilus influenzae.

The Hazards of Betalactam and Cefalexin

Cephalexin is a β-lactam antibiotic shared by humans and animals, and is widely used in veterinary clinics. After veterinary drugs are used in animals, the drugs or their metabolites may accumulate or remain in meat and internal organs or enter milk, eggs and other livestock and poultry products.

"Metabolism" and "Excretion" are the process of removing drugs from animals. The hazards of antibiotics in food, especially meat and its products are also becoming increasingly apparent.

Regular consumption of foods containing low-dose antibacterial drug residues can cause allergic reactions in susceptible people. For example, penicillin, tetracycline, sulfa drugs and certain oxygenoside antibiotics, milder manifested as urticaria, fever, joint swelling and pain, etc., are antigenic, which can stimulate the body to produce antibodies and cause allergies when allergies are severe.

Long-term low-dose intake of certain antibiotics can also cause carcinogenesis, teratogenesis, and mutagenesis. For example, benzimidazole drugs can interfere with cell mitosis and have obvious teratogenic effects and potential carcinogenic and mutagenic effects; sulfonamides have a tendency to cause tumors; most of the quinolone drugs have photosensitizing effects. 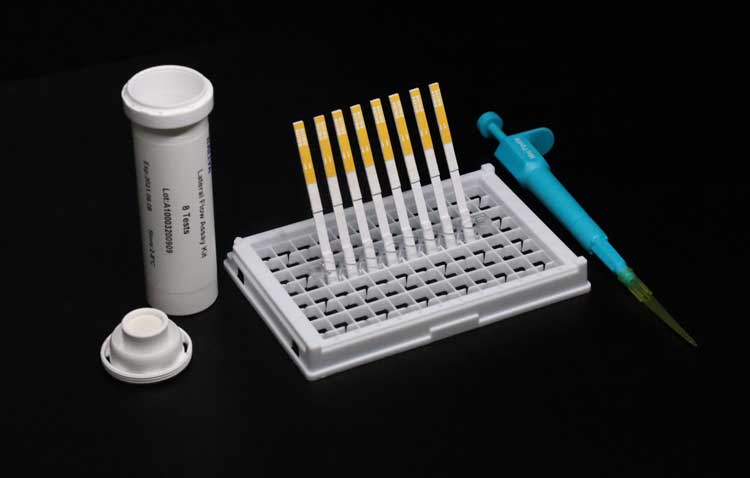 How to use Betalactam Cefalexin Combo Test?

How to order a Betalactam Cefalexin Combo Test?