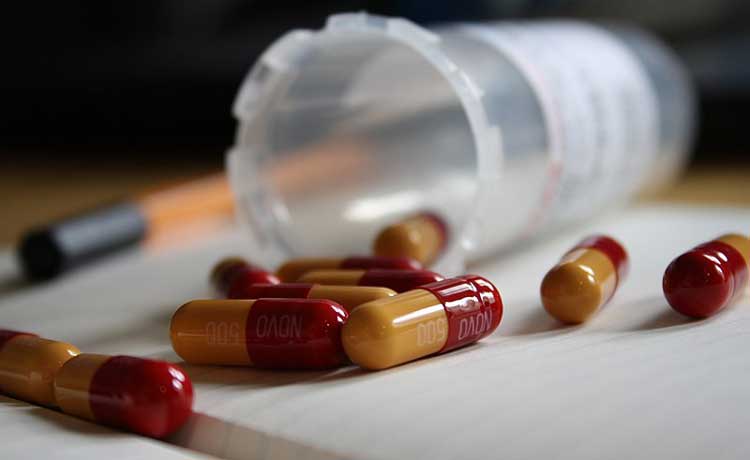 What is clavulanic acid used for?

What is clavulanic acid?

The drug can increase the effect several times to ten times, so that the drug-resistant strains can restore their sensitivity. Clavulanic acid is a new oxygen-containing nucleus beta lactam antibiotic produced by Streptomyces. Clavulanate potassium is needle-like crystals and is easily soluble in water.

Clavulanate potassium is needle-like crystals and is easily soluble in water.

Clavulanic acid is a broad-spectrum antibiotic, but its antibacterial activity is very weak. It has an inhibitory concentration of 30～60μg/m1 for Gram-negative bacteria and positive bacteria. It is ineffective against Pseudomonas aeruginosa and Enterococcus. Its MIC for Neisseria gonorrhoeae is 5μg/m1. The MIC of Gram-positive bacteria such as Streptococcus is 12-15μg/ml, the MIC of Bacteroides fragilis is 13.1μg/ml, and the MIC for most other bacteria is 30-125μg/ml.

Clavulanic acid can broaden the antibacterial spectrum of antibiotics intolerant to beta lactamase, such as penicillin g, ampicillin, amoxicillin or cephalosporin II (cephalothin), increase the antibacterial activity, and increase efficacy of β -Endophthalaminase bacteria, such as Staphylococcus aureus, Escherichia coli, Pneumoniae bacillus, Proteus mirabilis, Proteus vulgaris, Influenza bacillus and Fragile bacillus, etc. However, there is no synergistic effect on amoxicillin or ceftizidine-sensitive bacteria in combination with clavulanic acid.

What is clavulanic acid used for?

Clavulanic acid alone is not effective. The enzyme is irreversibly inactivated by being firmly combined with beta lactamase to protect the penicillin or cephalosporin antibiotics that are not resistant to the enzyme from being destroyed, so that they can enter the active site and exert their antibacterial effect, overcoming bacterial resistance to improve curative effect.

Amoxicillin and clavulanate potassium is suitable for lower respiratory tract infections, otitis media, sinusitis caused by beta lactamase producing Haemophilus influenzae and Moraxella catarrhalis; urinary tract and skin and soft tissue infections caused by Staphylococcus aureus producing beta lactamase and intestines bacteria producing enzyme such as Escherichia coli and Klebsiella; it can also be used for mild to moderate infections caused by enterococci. This product can also be used for the above-mentioned various infections caused by non-enzyme-producing strains of the above-mentioned bacteria. This product is white or off-white suspended particles, fragrant and sweet. This product is a compound preparation, and its components are amoxicillin and clavulanate potassium.

This product is suitable for various infections caused by sensitive bacteria, such as:

This product is a compound preparation composed of amoxicillin and Clavulanate potassium in a ratio of 7:1. Amoxicillin and ampicillin have similar anti-sensitive microbial effects. It mainly acts in the reproduction stage of microorganisms by inhibiting the adhesion of cell wall peptides.

Clavulanate potassium has a beta lactam structure similar to penicillin. It can inactivate most of the enzymes produced by bacteria by blocking the active site of beta lactamase, especially for clinically important and plasmid-mediated beta lactamases (these enzymes are usually associated with changes in penicillin and cephalosporin resistance) work better.

Amoxicillin can enter the kidney cells to play a role, so it can damage the kidney cells of the patient, thereby impairing its kidney function. With age, the kidney function of middle-aged and elderly people gradually declines. If such patients use excessive amoxicillin for treatment, it can increase the burden on their kidneys, slow down the excretion of drugs from the body, and form solid crystals in their urine, which can block their urethra and make them rupture and hemorrhage, leading to symptoms such as blood in the urine and renal colic.

Clavulanic acid has small toxicity and little side effects in clinical application. People who are allergic to penicillin should not use it.

Clavulanic acid itself is not very useful, but due to its unique characteristics, it can be combined with other drugs to exert a satisfactory effect. Amoxicillin and clavulanate potassium is a successful case, which can be used to treat a variety of infections.