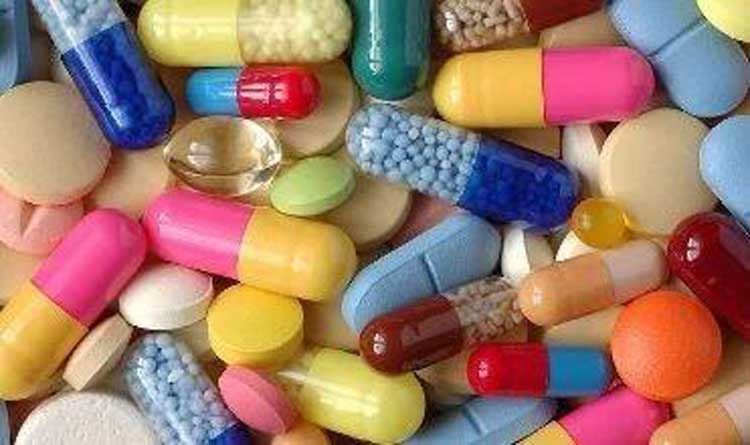 What antibiotics are macrolides?

Macrolides are the general term for a class of antibacterial drugs with 12-16 carbon lactone ring in the molecular structure, which inhibits bacterial protein synthesis by blocking the activity of peptide acyltransferase in the ribosome for 50s.

It is a fast antibacterial agent, mainly used for the treatment of infections such as aerobic gram-positive and negative cocci, certain anaerobic bacteria, Legionella, Mycoplasma and Chlamydia. Studies have shown that in addition to antibacterial effects, macrolide antibiotics also have other extensive pharmacological effects.

If you drink milk at home, Ballya can also do a macrolides test to let you know if there are macrolides residues in the milk you drink in 10min.

Generally speaking, the macrolide antibiotics refer to the broad-spectrum antibiotics produced by Streptomyces. They have a basic lactone ring structure and are effective against both Gram-positive and Gram-negative bacteria, especially against Mycoplasma, Chlamydia, Legionella, Spirochetes and Rickettsia.

Erythromycin is a macrolide antibiotic produced by Streptomyceserythreus. It has broad-spectrum antibacterial activity against upper respiratory tract pathogens such as Mycoplasma, Chlamydia and Legionella pneumophila, and has been widely used to treat upper respiratory tract infections for more than forty years. The decreased activity of erythromycin is believed to be the result of the interaction of its 6-hydroxyl, 9-carbonyl, and 8-hydrogen, so it is unstable in gastric acid and quickly degrades into inactive by-products.

This acid instability makes erythromycin lose its antibacterial activity and its bioavailability is greatly reduced. Therefore, the structural modification of these sites and overcoming their acid instability became a research hotspot in the 1880s. Therefore, the second generation of macrolide antibiotics-clarithromycin, azithromycin, roxithromycin, Dirithromycin and fluoroerythromycin came into being, and they went on the market in the 1990s. Compared with erythromycin, the second-generation macrolide antibiotics have the following characteristics:

What everyone is familiar with is the antibacterial effect of macrolides. In addition, macrolides have other effects.

It acts by inhibiting the synthesis of protein. It is usually a fast bacteriostatic agent and a fungicide at high concentrations.

In addition to the antibacterial effects of macrolides, they also play a certain role in anti-inflammatory and regulating airway secretion, immune regulation, and hormone saving effects.

As we mentioned above, macrolide drugs have antibacterial and non-antibacterial effects. Therefore, when we talk about clinical application, we also talk about it from these two aspects.

Macrolides can act on most bacteria

It can treat diphtheria, coryneform bacteria, sepsis, etc. Erythromycin can eradicate diphtheria bacillus and effectively improve the condition of acute and chronic diphtheria carriers. The effective rate can reach 90% in adults, but it cannot change the course of acute infection.

Clarithromycin can be combined with other drugs to eradicate Helicobacter pylori infection.

Clarithromycin and azithromycin can be used for the treatment of nontuberculous mycobacteria such as Mycobacterium avium in immunodeficiency patients.

It can replace penicillin for patients with staphylococcal, streptococcal or pneumococcal infection allergic to penicillin. It can also be used to treat skin and soft tissue infections caused by sensitive bacteria. It can be used as an alternative medicine for the treatment of cryptosporidiosis and toxoplasmosis.

2. Clinical applications other than antibacterial effects

Anti-inflammatory, regulating airway secretion and immunomodulatory effects of macrolides that do not rely on antibacterial effects are important reasons for their widespread application in the respiratory system.

The most effective drug for the treatment of DPB (16-membered ring has been proven ineffective), and its mechanism of action is related to its anti-inflammatory effect and potential immune regulation mechanism, and has little to do with anti-bacterial infection.

At present, more than 30% of patients with CRS still have symptoms that are difficult to control after comprehensive treatment. Biofilm may be an important factor in the occurrence and persistence of recurrent and refractory CRS inflammation. Therefore, drugs that can decompose or prevent the formation of biofilms have become a new choice for the treatment of refractory CRS.

Macrolides have the functions of anti-infection, anti-inflammatory, immune regulation, inhibition of mucus secretion, and inhibition of bacterial biofilm formation. They have been clinically applied to the treatment of CRS.

The European Society of Allergy and Clinical Immunology CRS and Nasal Polyp Diagnosis and Treatment Guidelines (EPOS 2012 Edition) pointed out that long-term use of macrolide drugs such as clarithromycin in the treatment of chronic sinusitis can achieve the same effect as surgery or hormone application.

The Chinese CRS Diagnosis and Treatment Guidelines (2012 edition) point out: 14-membered ring macrolide drugs can be used for CRS without nasal polyps, poor conventional drug treatment, no eosinophilia, normal IgE, allergens Non-allergic CRS patients tested negative. It is recommended that small doses of macrolides (1/2 the conventional dose) be taken orally for a long time, and the course of treatment should not be shorter than 12 weeks.

The 2007 Guidelines for the Diagnosis and Treatment of Chronic Obstructive Pulmonary Disease in China pointed out that for acute exacerbations of grade I and II COPD, the pathogenic microorganisms are usually Haemophilus influenzae, Streptococcus pneumoniae, Moraxella catarrhalis, etc. Macrolides can be used for treatment.

In 2014, the Lancet Journal of Respiratory Medicine suggested that azithromycin should be considered as maintenance treatment for COPD patients with frequent attacks and resistance to standard therapies.

In 2015, the American Thoracic Society/European Society of Respiratory Diseases "Consensus on Chronic Obstructive Pulmonary Disease" pointed out that long-term use of macrolides can prevent repeated exacerbations of COPD.

In addition, macrolides can also treat bronchiectasis, pulmonary cystic fibrosis, severe asthma, cryptogenic organizing pneumonia, and respiratory virus infections. However, some of the current evidence is insufficient or controversial, and more researches are needed to verify them.

As a motilin receptor agonist, it can stimulate intestinal peristalsis. At present, erythromycin and azithromycin are commonly used.

Because of its unique immunomodulatory effect, it can be used in the treatment of tumors, such as erythromycin and roxithromycin. In addition, we need to be wary of the 2018 US FDA warning that long-term use of azithromycin after hematopoietic stem cell transplantation can increase the risk of tumor recurrence.

It is mainly used in cases related to HP infection, such as rheumatoid arthritis. It can also effectively treat common clinical autoimmune diseases such as alopecia areata, autoimmune thrombocytopenic purpura and Sjogren's syndrome.

It is used to treat chronic and refractory skin diseases such as psoriasis, vitiligo, allergic purpura, and rosacea through multiple mechanisms such as anti-HP, anti-inflammatory, anti-allergic and immune regulation.

The most common, it may be related to pro-gastrointestinal motility. The incidence of erythromycin is higher than other drugs.

The liver damage is small at the normal dose, and long-term large-scale application can cause cholestatic hepatitis. After esterification, drugs such as roxithromycin, erythromycin ethylsuccinate, and azithromycin are more prone to cholestatic jaundice, so they should be used for a short time. Avoid or stop using it when serum transaminase rises more than three times the normal limit.

Macrolides can cause the QT interval to be prolonged, and may lead to torsades de pointes, and even ventricular fibrillation or sudden death. Although this adverse reaction is rare, it is fatal. In 2013, the US Food and Drug Administration also issued a warning that azithromycin has a potentially fatal arrhythmia risk. Therefore, patients with high risk of arrhythmia should weigh the pros and cons before medication.

Long-term medication may cause hearing loss, poor balance, and tinnitus, which are rare and dose-dependent. It usually occurs within 1-2 weeks of medication, and it is prone to occur at high doses. It can be recovered after stopping or reducing the dose.