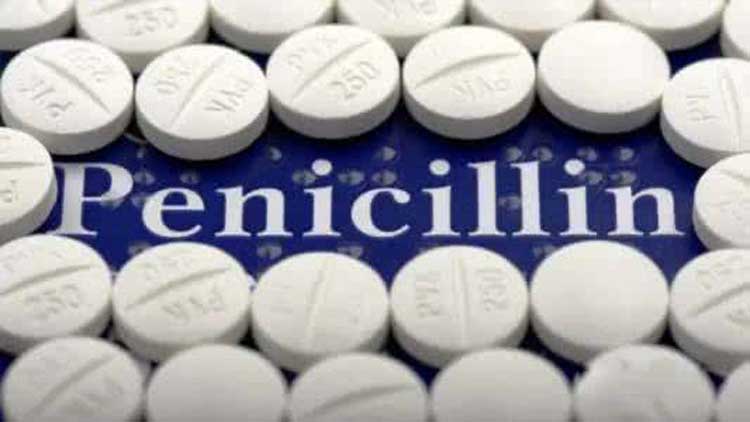 What is penicillin g?

What is penicillin g?

Penicillin is an important antibiotic with high efficiency, low toxicity and wide clinical application. Its successful development greatly enhanced the ability of humans to resist bacterial infections and led to the birth of the antibiotic family. Its appearance opened up a new era in the treatment of diseases with antibiotics. After decades of improvement, penicillin injection and oral penicillin have been able to treat pneumonia, meningitis, endocarditis, diphtheria, anthrax and other diseases respectively.

Following penicillin, antibiotics such as streptomycin, chloramphenicol, oxytetracycline, and tetracycline have been continuously produced, which has enhanced the ability of humans to treat infectious diseases. But at the same time, the resistance of some bacteria is gradually increasing. To solve this problem, researchers are currently developing more potent antibiotics, exploring how to prevent germs from acquiring resistance genes, and developing antibacterial drugs using plants as raw materials.

Penicillin cannot tolerate the enzymes produced by drug-resistant strains (such as drug-resistant Staphylococcus aureus), and is easily destroyed by it, and its antibacterial spectrum is relatively narrow, which is mainly effective against Gram-positive bacteria. Penicillin G can be divided into potassium salt and sodium salt. Not only can potassium salt not be injected intravenously, but the amount of potassium ions should be carefully calculated during intravenous drip, so as not to inject into the human body to form hyperkalemia and inhibit heart function and cause death.

Penicillin antibiotics are of little toxin. Because beta lactams act on the cell wall of bacteria, while humans have only cell membranes without cell walls, they are less toxic to humans. In addition to causing severe allergic reactions, its toxicity is not obvious.

An intradermal test must be done first before use. Penicillin allergy test includes skin test method (referred to as penicillin skin test) and in vitro test method, of which intradermal injection is more accurate. The skin test itself is also dangerous. About 25% of patients who die from anaphylactic shock die from the skin test. Therefore, adequate rescue preparations should be made during skin test or injection administration. When changing to a different batch of penicillin, the skin test must be repeated. The dry powder can be stored for many years without expiration, but the injection solution and skin test solution are unstable. And for those with renal dysfunction, the dosage should be adjusted appropriately. In addition, topical application has many chances of sensitization, and bacteria are prone to drug resistance, so it is not recommended.

3. What is penicillin used for?

Who discovered penicillin? Before the 1940s, humans had not been able to master a drug that could effectively treat bacterial infections with low side effects. If someone has tuberculosis at that time, it means that the person will die soon. In order to change this situation, scientific researchers have carried out long-term exploration, but the breakthrough progress made in this area is derived from an accidental discovery.

In 1928, British scientist Fleming discovered penicillin for the first time in experimental research, but due to the lack of advanced technology and deep understanding at the time, Fleming did not separate penicillin alone.

After a period of intense experiments, Flory and Chann finally used freeze-drying to extract penicillin crystals. Later, Flory found a mold on a melon that could be used to extract a large amount of penicillin, and used corn flour to prepare a corresponding culture solution. Driven by these research results, American pharmaceutical companies began mass production of penicillin in 1942.

By 1943, pharmaceutical companies had discovered a way to produce penicillin in batches. At that time Britain and the United States were at war with Nazi Germany. This new drug is very effective in controlling wound infections.

Because of this great invention, in 1945, Fleming, Flory and Chann won the Nobel Prize in Physiology or Medicine for "the discovery of penicillin and its clinical effects."

How does penicillin work?

However, the common allergic reaction to penicillin antibiotics ranks first among various drugs, with an incidence of up to 5% to 10%. It is a skin reaction, showing rash, angioedema, and the most severe case is anaphylactic shock, mostly after injection within a few minutes. And the symptoms are dyspnea, cyanosis, decreased blood pressure, coma, stiff limbs, and finally convulsions. Failure to rescue in time can cause death. Various routes of administration or application of various preparations can cause anaphylactic shock, but injections have the highest incidence.

The occurrence of allergic reactions has nothing to do with the amount of the drug dose. People who are highly allergic to this product can cause shock even in very small amounts. Injection into the body can cause epileptic seizures. Large-dose and long-term injection is toxic to the central nervous system (such as convulsions, coma, etc.), and it can be recovered by stopping the drug or reducing the dose.

Oral use is easily destroyed by gastric acid and digestive enzymes. If it is intramuscular or subcutaneous injection, the absorption is faster, and the peak of plasma concentration can be reached within 15-30 minutes. Penicillin has a short half-life in the body and is mainly excreted in the urine in its original form.

The pharmacological effect of penicillin is to interfere with the synthesis of bacterial cell walls. The structure of penicillin is similar to the D-alanyl-D-alanine in the cell wall mucopeptide. It can hinder the formation of mucopeptides, lead to cell wall defects, and make bacteria lose permeable barrier.

Absorption is rapid after oral administration. About 75% to 90% of penicillin can be absorbed from the gastrointestinal tract, and food has no significant effect on drug absorption. Its protein binding rate is 17% to 20%, and the half-decay period of blood elimination (t1/2) is from 1 to 1.3 hours, about 24% to 33% of the dose is metabolized in the liver after taking the drug, and 46% to 68% of the dose is excreted by the urine within 6 hours as the prototype form. Some drugs are excreted through the biliary tract. The serum half-life of patients with severe kidney disease can be extended to 7 hours. Serum dialysis can remove penicillin, but peritoneal dialysis has no effect on removing the product.

Patients with anaphylactic shock who are not rescued in time have a high mortality rate. Therefore, once it occurs, the patient must be rescued on the spot, and immediately give him an intramuscular injection of 0.1% epinephrine 0.5-1ml. If necessary, dilute with 5% glucose or sodium chloride injection for intravenous injection, and if the clinical manifestation does not improve, repeat it half an hour later.

If the heartbeat has stopped, adrenaline can be injected into the heart. At the same time, intravenous infusion of large doses of adrenal cortex hormones has to be considered to supplement blood volume. Patients with persistent blood pressure will be given dopamine and other vasoactive drugs. It can also consider the use of antihistamines to relieve urticaria. Patients with breathing difficulties should be given oxygen inhalation or artificial respiration, and those with obvious laryngeal edema should have a tracheotomy in time. The application of penicillinase is of little significance.

Penicillin encephalopathy is a rare central nervous system toxic reaction of penicillin. Usually a small amount of penicillin passes through the blood-brain barrier, but when the dosage is too large and the intravenous infusion speed is too fast, a large amount of drugs quickly enters the brain tissue, that is, the drugs concentration in the blood and cerebrospinal fluid increases, interfering with normal nervous function and causing severe central nervous system responses, such as hyperreflexia, impaired perception, hallucinations, convulsions, lethargy, etc.

When the systemic dosage of penicillin, especially penicillin g, is too large or the intravenous drip is too fast, the concentration of penicillin in the cerebrospinal fluid exceeds 8U/ml, which can directly stimulate the cerebral cortex, causing severe reactions such as convulsions, convulsions, epilepsy and even coma. These symptoms generally appear within 24-72h after medication. It often occurs in newborns, children and the elderly because the drug easily penetrates the blood-brain barrier. For patients with reduced renal function or renal failure, it is also prone to occur due to drug excretion disorders.

Peripheral neuritis can occur in the penicillin intramuscular injection area. Intrathecal injection of more than 20,000 units or intravenous infusion of large doses of penicillin can cause muscle clonus, convulsions, coma and other reactions. This reaction is more common in infants, the elderly and patients with impaired renal function. Penicillin can occasionally cause psychotic episodes. After the application of procaine penicillin, individual patients may develop high fever, anxiety, and fever.

Serious condition may happen, mainly manifested as the sudden appearance of convulsions, dehydration, hypoxia, shortness of breath and blood chemistry changes (such as hypoglycemia, hyponatremia, acidemia), hypertension, rapid heart rate, hallucinations, convulsions, Coma and respiratory failure. The mechanism of this reaction is unknown. Some children may also have limbs paralyzed. Children whose fontanelles are not closed can have swelling of fontanelles, and a small number of children may have uncoordinated movements. The above symptoms mostly appear 1 to 2 weeks after the original illness.

The coma lasts long and may lead to serious sequela. The sequela may include dullness, blindness, deafness, and paralysis. A few patients may die due to serious illness.

Penicillin g is a class of high-efficiency and low-toxicity antibiotic, and it is widely used clinically. However, allergic reactions are common, so allergy tests must be done before use.