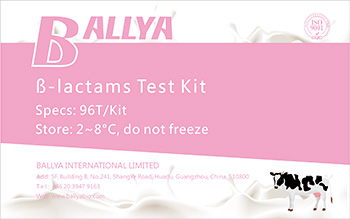 Single Test Kit, rapid to detect Betalactam residues in milk and dairy product by using colloidal gold immunochromatography technology. As soon as 7-10 minutes to results.
Get A Free Quote! 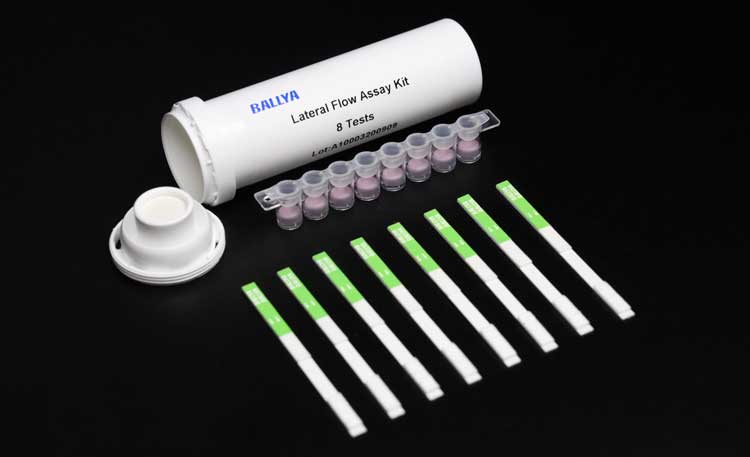 β-lactam antibiotics (β-lactams) refer to a large class of antibiotics with β-lactam ring in the chemical structure. Basically all antibiotics that include β-lactam core in their molecular structure belong to β-lactams Antibiotics.

It is the most widely used class of existing antibiotics, including penicillins and cephalosporins that are most commonly used clinically, as well as newly developed cephalosporins, thiomycins, monocyclic β-lactams, and Atypical β-lactam antibiotics. Such antibiotics have the advantages of strong bactericidal activity, low toxicity, wide indications and good clinical efficacy.

The chemical structure of this class of medicines, especially the changes in the side chains, has formed many antibiotics with different antibacterial spectrum and antibacterial effects and various clinical pharmacological properties.

In addition, the lethal effect on bacteria should also include triggering the autolysin activity of the bacteria, and mutant strains lacking autolysin show resistance. Animals have no cell wall and are not affected by β-lactam drugs. Therefore, this class of drugs has a selective bactericidal effect on bacteria and has low toxicity to the host.

β-Lactamase (Magnolia enzyme preparation), which is produced and secreted by Gram-positive bacteria, can selectively decompose residual β-lactam antibiotics in milk. β-lactamase is a food additive that is not allowed in China. The use of this enzyme will cover up the antibiotics actually contained in milk.

β-lactamase may be illegally used as a decomposer of antibiotics in milk. It is artificially added to cow's milk to degrade the residual antibiotics in cow's milk and turn milk with excessive antibiotic residues into "qualified" milk. β-lactamase can destroy the structure of penicillin lactam and lose its activity. Long-term human intake may lead to increased resistance to antibiotics such as penicillin and cephalosporin, which greatly reduces the body’s ability to resist infectious diseases.

In February 2009, the illegally added inedible substances that mask antibiotics in dairy products were included in the “List of inedible Substances (Second Batch) that Maybe Unlawfully Added to Foods” published by the National Leading Group for the Special Rectification of Combating the Illegal Addition of inedible Substances and Abuse of Food Additives by the Ministry of Health and other nine departments.

Beta-lactam antibiotics are often used in the animal husbandry to prevent and control animal infectious diseases. Due to improper use or non-compliance with the withdrawal period regulations, the residues of this type of antibiotics in animal-derived foods exceed the standard, causing serious harm to human health.

On one hand, humans often drink milk with antibiotic residues, which is equivalent to long-term low-dose antibiotics. The pathogenic bacteria in the human body will develop resistance to many antibiotics. It can also cause the production of drug-resistant strains of pathogens in the human body, increase the difficulty of disease treatment, and can also lead to the occurrence of adverse symptoms such as allergies, poisoning and teratogenicity. In addition, the artificial addition of B-lactamase may also introduce a variety of harmful substances, which may cause adverse reactions such as rash, fever or anaphylactic shock.

On the other hand, the use of β-lactamase masks the residual problems caused by antibiotic abuse. At the same time, it also promotes the abuse of antibiotics in the process of animal husbandry, resulting in a certain vicious circle, and further increases the resistance of bacteria to anti-cables, resulting in the widespread emergence of super bacteria, and eventually faces the situation of no medicines available. 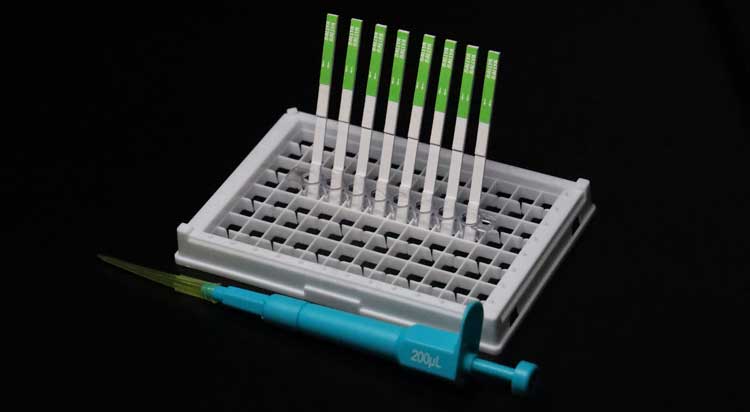 How to use Betalactam Test?

How to order Betalactam Test? 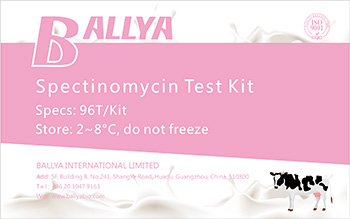 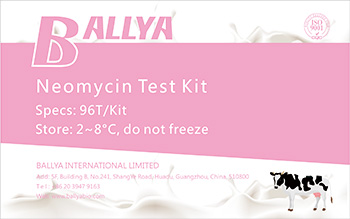