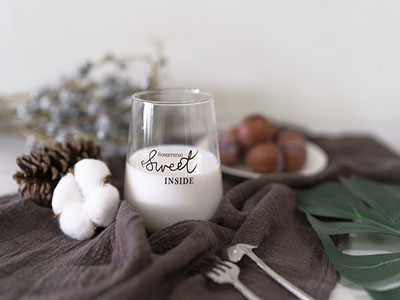 Why does aflatoxin M1 exist in milk?

Aflatoxin M1 belongs to one of the similar compounds of aflatoxin and has the highest occurrence rate of aflatoxin in food and feed in hot and humid areas. The physical and chemical properties of it are quite stable and not destroyed by pasteurization. After mammals ingested feed or food contaminated by aflatoxin B1, they converted to aflatoxin M1 through hydroxylation. The main hazards of aflatoxin M1 are carcinogenicity and mutagenicity. It can destroy human and animal liver tissues and lead to liver cancer and even death.

We can know from the explanation of the meaning of aflatoxin M1 that the occurrence of aflatoxin in feed is very high. Therefore, aflatoxin M1 in milk mainly comes from the feed of dairy cows. Dairy cows not only eat a wide variety of feeds but also eat a large amount, which leads to the types and probability of mycotoxins exposed to them are also high. Aflatoxin exists in soil, animals and plants, nuts, especially in peanuts, maize, rice, soybean, wheat, and other grain and oil products. It is a kind of mycotoxin with the greatest toxicity and the most prominent harm to human health. Aflatoxins are also accumulative. Animals fed low doses of aflatoxins for a long time can cause chronic poisoning in animals. The main manifestations are slow growth, weight loss, reduced feed efficiency, reduced production performance, and the destruction of the immune system.

Secondly, we need to do a good job of mold prevention and detoxification of feed. Many factors are affecting the growth and reproduction of fungi in feed, including temperature, humidity, and oxygen, among which humidity has the greatest impact on the growth rate of fungi. Therefore, when purchasing raw materials, it is better to detect aflatoxin, store in dry, ventilated and sanitary places, destroy the growth conditions of fungi, thereby inhibiting the growth of them. At the same time, we know that fermented feed has become an excellent feed for dairy cows because of its aroma, rich nutrition, good palatability, and high digestibility. So silage should be sealed in time so that the PH value of silage can be reduced to about 4.5 as soon as possible in the process of fermentation, which can well inhibit the production of toxins.

There are physical, chemical and biological methods for detoxification. The most common ones are physical methods for detoxification, including microwave, heat treatment, ultraviolet rays, water washing, radiation, and adsorbent addition. Adsorbent added to the diet can effectively reduce the damage to mycotoxin to animals. Adsorption detoxification is the most widely used physical method at present. Adsorption, as a relatively mature and economical physical detoxification method, essentially adds substances that can adsorb mycotoxin to the moldy feed, so that the toxin can be directly discharged from the body through the gastrointestinal tract without being absorbed. The selective adsorption ability of this substance to mycotoxin is due to its flaky structure, large specific surface area, and negative charge loss, thus obtaining the ability to bind cationic compounds.

Only when the control of dairy feed is well done, coupled with the strict monitoring of the milk production process, can we drink reassuring milk. But not all milk producers can achieve safe and pollution-free production, there will still be some milk on the market that will pose a threat to human health, for this kind of milk, we need to learn to distinguish.

Secondly, look at the color of the milk. The color of good milk is milky white (can be slightly yellowish), frankincense light, thin taste, smell the very light fragrance, there is a light fragrance when drink. If purchased pure milk tastes thick, it is extremely abnormal. There is a smelling smell before drink, and the milk that has been smelling for a long time after drinking is very likely to add milk flavor.

Thirdly, the purchased milk (not boiled or heated in the microwave oven) can be quickly poured into a clean transparent glass, and then slowly tilt the glass. If a thin film of milk stays on the inner wall of the glass and does not hang the glass and it is easy to wash down with water, which is fresh milk. Such milk is delivered to processing plants in a short time, and the total number of bacteria is very low. If the milk film on the glass is not uniform, and even small particles visible to the naked eye hang on the wall of the glass, and it is not easy to clean, that means the milk is not fresh enough.

Finally, drop a few drops of milk in a bowl of cold water. The solidified milk is of better quality, and the floating instructions are of poor quality.

Whether there is aflatoxin M1 in milk can be tested by testing kits.