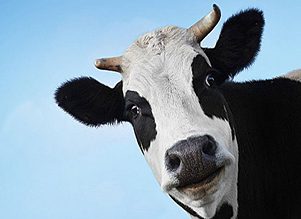 Popularization and Application of TMR Feeding Technology for Dairy Cows

1. Application of TMR
According to the different milk yield of dairy cows, TMR is used to mix the additives such as roughage, concentrates, minerals and vitamins in the feed mixing and feeding truck and feed them directly for free feeding. Maize silage, alfalfa and Leymus Chinensis with good quality were used in the selection of roughage.

2. Characteristics of TMR Technology
Because TMR feedstuffs are mixed evenly, the nutrient intake of dairy cows is balanced and the ratio of concentrate to roughage is appropriate. The decomposition and utilization of sugar and protein in the rumen are more synchronized. The sudden decrease of pH value in the rumen can be prevented. It can maintain the quantity and vitality of rumen microorganisms and the relative stability of rumen environment, make fermentation, digestion, absorption, and metabolism normal, and greatly reduce the occurrence of gastrointestinal diseases and metabolic diseases.

By using TMR feeding technology, local feed resources such as cake and residue with poor palatability can be effectively utilized, thus alleviating the imbalance between supply and demand of protein resources and reducing the cost of diets.

TMR feeding technology has changed the past way of feeding dairy cows like pigs. To produce more concentrate, some cows are fed more than 15 kg concentrate every day. It disturbs the dynamic balance of digestion and metabolism of nutrients in the rumen, causes digestive system disorder, and can lead to acidosis in serious cases, thus affecting the production performance.

Using TMR feeding technology, large-scale factory production can be carried out, which saves labor and time in feeding management, and improves the benefits of large-scale feeding and labor productivity. Besides, it also reduces the waste of forage in the feeding process.

3. Notes
⑴. Combined with the actual situation of dairy farm
According to the production performance test of dairy cows and the results of individual cow’s milk production, composition, and quality test, the scientific and reasonable formula was formulated, and dairy cows with different lactation stages and body conditions should be rationally grouped. Determine the reasonable TMR to increase the feeding quantity to avoid undernutrition and waste.

⑵. Analysis of nutritional components of raw materials
Measuring the nutrient content of TMR raw material is the basis of scientific preparation of diets. Even if the same raw material is different in origin, harvesting period and preparation method, its dry matter and nutrient content are also very different. The corresponding TMR is prepared according to the measured results. Besides, the moisture content in TMR and the actual dry matter intake of animals must be regularly measured to ensure the adequate intake of animals.

⑶. There must be a certain transition period for feeding TMR.
When using TMR, dairy cows should have a certain adaptation period to make a smooth transition, to avoid digestive diseases and acidosis caused by overfeeding.

⑷. Keep feeding freely for dairy cows
TMR can use a larger feeding trough or not. Instead, it can build a platform outside the fence to put the diet on the platform for dairy cows to eat at will.

⑸. Pay attention to changes in feed intake and body weight of dairy cows
When feeding with TMR, the appetite peak of dairy cows appeared 2-4 weeks later than the milk production peak, and the dry matter consumption during lactation decreased slowly than the milk production. The moderate weight gain could be controlled by adjusting the ratio of dietary concentrate to roughage in the middle and late lactation period.

⑹. Problems to be noticed in feeding silage maize
The whole silage corn is rich in sugar, crude protein, and vitamins, which is a good raw feed for dairy cows, but its crude fiber and mineral content is insufficient. Especially the lack of crude fiber of dry matter, and high acidity is easy to ferment. When using it, we should make full use of its advantages to avoid its shortcomings to bring harm to farmers, and hay (cereal grass)and Leymus Chinensis can supplement the shortcomings. It is suggested that cow breeders should add some hay or Leymus Chinensis when feeding whole silage maize, which can not only give full play to the benefit of whole silage maize but also avoid the harm that may be brought to dairy cows because of its shortage, to breed healthy and high-yielding dairy cows.