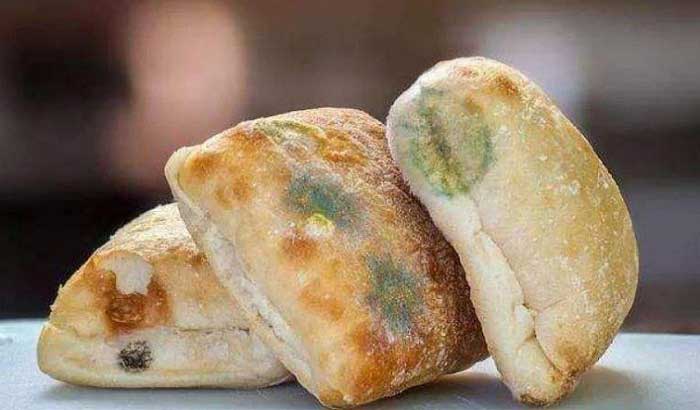 What foods may contain aflatoxin?

Aflatoxins are widespread in nature and in human life. Even if you ask does peanut butter contains aflatoxin, the answer is probable.

If one peanut is moldy, it's best to throw away the whole pack of aflaoxin peanuts.

Aflatoxin likes to hide in mouldy foods, especially foods with high starch content. Peanuts are no exception. In high temperatures and humid environment, this kind of carcinogenic mold is most likely to breed.

Note: If a peanut is moldy, throw away the whole pack of peanuts. Aspergillus flavus is spread in the form of spores, and food is easily involved in mildew.

If you eat bitter melon seeds, almonds or other nuts, you must spit it out and rinse your mouth, because the bitter taste of melon seeds and other nuts comes from the aflatoxin produced in the process of mildew. Frequent ingestion will increase the risk of liver cancer.

Suggestion: Don't be lazy if you eat mouldy and bitter nuts. Be sure to vomit them immediately.

There was news that a consumer in Zhejiang suffered food poisoning from eating black fungus that had been soaked for three days, leading to multiple organs failure.

Doctor's medical results: This is the serious follow-up consequence caused by microbial mycotoxins. Fungus will produce aflatoxins, penicillin, etc. in the soaking process.

Suggestion: Soak the fungus as much as you want, and don't soak for several days.

The chopsticks themselves do not grow Aspergillus flavus, but after eating corn, peanuts and other foods with high starch content, the chopsticks tend to contain starch. It will lead to mildew with time passing by, which produces aflatoxin. Naked chopsticks and lacquered chopsticks are easy to crack and hide food residues and produce aflatoxins.

Suggestions:
1. The best choice is iron chopsticks, which are hard to crack and there will be no food residues.

2. When washing the chopsticks, remember to soak them first to soften the food residues on them so that they can be easily washed off.

Aflatoxins are hidden in mouldy foods, especially peanuts, corn, beans and other foods with high starch content. Starch can breed aflatoxins that can cause liver cancer under high temperatures and humidity.

Suggestions:
A. Buy less each time and don't "store" to avoid mildew.

B. Clean every corner containing food residues at home.

In addition to the quality of raw materials, there are still the following problems in "soil oil extraction" or self-extruding oil: it has not been refined, which has many impurities, and is prone to oxidative deterioration; oil extraction equipment is not easy to clean thoroughly, and residual oil stains and grain residues are oxidized later, then mold will occur, and food safety risks will be nonnegligible; in addition, and low resource utilization will cause vast waste.

Suggestion: Go to a big supermarket to buy well-known brands.

The second is in the milk powder production process, the machine cleaning of the cattle company is not finished, organic matter in the machine mildew, thus producing aflatoxin.

How to kill aflatoxin?

A. Can aflatoxin be killed by heat?
Aflatoxins can only be decomposed at a high temperature of 280 degrees, and ordinary cooking methods cannot reach this temperature. In addition, even pasteurization cannot completely eliminate aflatoxins in food.

C. Alcohol can kill aflatoxin
Aflatoxin is a toxin formed by Aspergillus flavus. It is difficult to be destroyed by the outside world. Alcohol cannot destroy it.

2. So what are the effective ways to eliminate aflatoxin?

A. Soaking in baking soda
Because aflatoxin is relatively easy to decompose under alkaline conditions, soaking with baking soda (1% sodium bicarbonate) for a while can remove more than 90% of aflatoxin. A lot of aflatoxins are attached to the surface, and washing several times can remove most of the mold. In addition, the pressure and temperature of the pressure cooker is relatively high, so the effect of removing aflatoxin is good.

B. Activated carbon adsorption method
Activated carbon has a perfect effect on adsorbing toxicity, and it has no side effects on the human body. It is wrapped in breathable packaging, which can put the items that need to be removed from aflatoxin with activated carbon. This detoxification effect is relatively good. It has been reported that the aflatoxin b1 of peanut oil treated with activated carbon can be reduced from 100μg/kg to less than 10μg/kg. There have been many pieces of research on new types of adsorbents, such as biological adsorbents, but their application effects remain to be investigated.

C. Add salt before heating oil
A small action before cooking can help eliminate a certain amount of aflatoxin. If we add edible oil such as peanut oil to the pot and heat it, add a small amount of salt and stir for 10 to 20 seconds, which will basically eliminate most of the aflatoxin in the edible oil. The neutralization and degradation of aflatoxin can be realized by table salt. And in this way, it can eliminate 95% of aflatoxin.

E. Throw it away
If you don’t want to take any risk, please throw foods away immediately when it is moldy. Evenif there is only a little mold, throw away the whole.

What can you eat to inhibit aflatoxin?

Eating more green leafy vegetables can invalidate part of the aflatoxin that we accidentally eat down, because chlorophyll can prevent the absorption of aflatoxin.

Animal experiments confirmed that fig tree’s latex juice and dried fruit extracts have inhibitory effects on mouse tumors. The low incidence of cancer in parts of South America is related to regular consumption of figs. Some experts believe that figs may contain an anti-cancer ingredient, which can prevent the formation of early cancer.

A large amount of vitamin C in kiwi fruit can prevent or reduce the generation of free radicals, and has a certain auxiliary effect on preventing the occurrence of cancer. In addition, vitamin C can also promote the production of interferon, thereby enhancing the body's immune function and anti-cancer ability. Kiwi fruit can prevent the formation of carcinogenic nitrosamines in the body, and have a certain effect on preventing gastrointestinal tumors.

How to store food to avoid the production of aflatoxin?

Reduce the temperature to inhibit the growth and reproduction of microorganisms, delay various biochemical reactions in food and microorganisms, and inhibit the activity of various enzymes from achieving the purpose of extending the shelf life. Generally, most microorganisms are difficult to reproduce below 10° C, and almost stop growing at -10° C.

A. When storing vegetables, do not touch the inner wall of the refrigerator to avoid frostbiting the vegetables, destroying the nutrition of the food, and the wounds are more likely to cause food corruption.

C. When you put foods in the freezer layer, small bags are more needed. First, it is difficult to divide when eating. Second, freezing stops the growth of microorganisms and does not have the effect of sterilization. During the thawing process, the temperature rises and the bacteria start to multiply again. Repeated thawing-freezing will make the food easier to spoilage and cannot be kept for months.

E. When eating grapefruit and orange, you can leave their peel and put it in the refrigerator. It is a natural deodorant.

Salt or sugar infiltrate the food tissue, reduce the water activity of the food, and increase its osmotic pressure. Selectively controlling the growth and fermentation of microorganisms, inhibiting the growth of spoilage bacteria, preventing food spoilage and prolonging the storage period can be realized.

For example, the saltwater of Sichuan kimchi has a concentration of 25%-28%.

A. Pickling can prolong the storage period of food, but the damage of vitamin C is serious, and the salt and sugar content is also high, so it cannot be eaten as the main food. However, it helps digestion after fermentation and has a unique flavor. It is not harmful if you eat occasionally.

B. When vegetables are pickled by fermentation, under the action of microorganisms, nitrate will be transformed into nitrite, and it will reach a peak around the 7th day. Then the nitrite content will drop again. After about 20 days, the nitrite content greatly reduces and remains basically stable. Therefore, when pickling foods like kimchi, either eat it in one or two days or wait for 20 days before eating.

Drying and dehydration will cause loss of a lot of vitamin C and a part of water-soluble vitamins, but the overall nutritional value does not decrease too much, and it will be much more convenient to store.

B. Some vacuum machines can only pump dry food, such as beans, grains, nuts, fruits, vegetables, etc.; some vacuum machines are used for both dry and wet purposes, and can also vacuum some foods with moisture or powder, such as food cooked by fresh brine, spice powder, etc. Choose according to your needs.

C. Improper storage of food can have terrible consequences.

D. When the vacuum packaging is impacted by an external force, it is easy to leak air, and the vacuum environment will be released. When a leak is found, the packaging should be replaced in time, and you should re-vacuum, or eat it as soon as possible to avoid deterioration. E. Some foods have large edges and corners, and the effect of vacuuming will be not ideal, such as beans, brown sugar, etc. These foods are rich in nutrients and are preferred by microorganisms. Therefore, even if the vacuum is done, pay attention to observation and handle abnormalities in time.

Aflatoxin always appear in places you haven't noticed. The best solution to avoid encountering it is not to buy food and oil for coveting for little advantages, not to blindly pursue natural foods or no-additive foods and squeeze oil by yourself or go to small workshops to buy oil.

Finally, clean your house thoroughly and don’t be a skinflint. There is a saying:” Penny wise, pound foolish.” If you find mouldy food or musty wooden tableware, don't be reluctant to throw it away. After all, a $10 tableware is much cheaper than the cancer treatment. What happens if you eat aflatoxin? Just go to the local hospital see doctor.

Want to know what foods contain ochratoxin A?