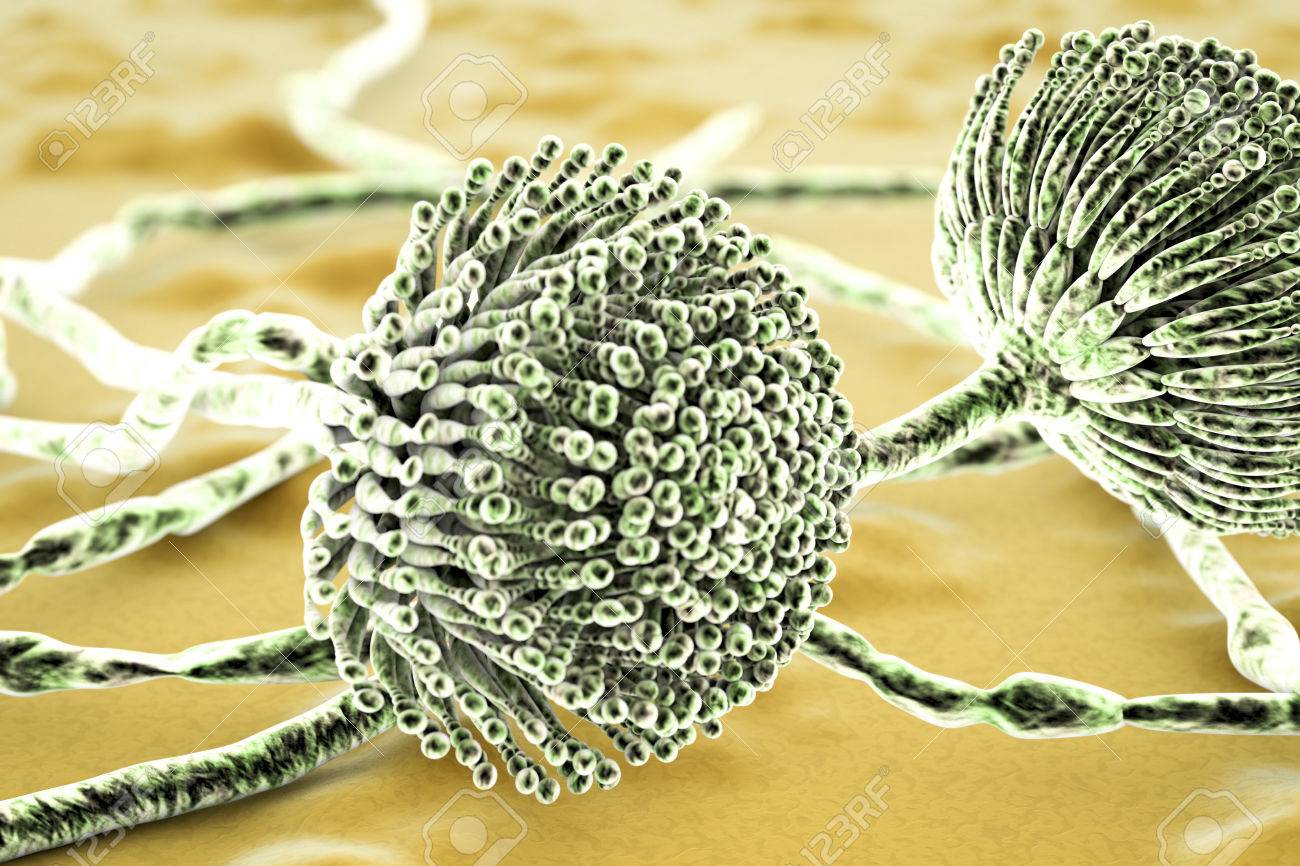 Aflatoxin (one type of mycotoxin) is a double furan ring toxin produced by Aspergillus flavus and Aspergillus parasiticus for certain reasons. There are about 20 kinds of its derivatives, named aflatoxin b1, aflatoxin b2, aflatoxin g1, aflatoxin g2, aflatoxin m1, m2, GM, P1, Q1, toxic alcohol and so on. Among them, aflatoxin b1 is the most toxic and the most carcinogenic. If animals eat feed contaminated by aflatoxin, very small amounts of toxins can be detected in liver, kidney, muscle, blood, milk and eggs. Aflatoxin and its original bacteria are widely distributed in nature, and some bacteria cause more than one type of aflatoxin. There are also forms that do not produce aflatoxin in Aspergillus flavus. Aflatoxins mainly pollute grain, oil and their products, and various plant and animal foods can also be contaminated.

In 1993, aflatoxin was classified as classⅠcarcinogen by the World Health Organization (WHO). Cancer Research Organization. The "National Food Safety Standard Food Toxin Limits" (GB2761-2011) issued in 2011 stipulates that the limit of aflatoxin b1 in peanuts and their products is 20ppb.

The production of AFT requires certain conditions, and the ability of different strains to produce toxins varies greatly. In addition to the substrate, temperature, humidity, and air are all necessary conditions for the growth and production of AFT, the researchers found that AFT and Aspergillus parasiticus grow well at this condition: 33-38 °C, pH 5.0 and Aw (water activity) 0.99. When the temperature is between 24 °C and 28 °C and the relative humidity is above 80%. Aspergillus flavus produces the highest amount of toxin. Therefore, people living in the south and warm and humid regions are prone to AFT poisoning in spring and summer, and some crops may be contaminated by AFT even before or during harvest.

AFT often exists in soil, animals and plants, various nuts, especially peanuts and walnuts. AFT is also found in products such as soybeans, rice, corn, macaroni, condiments, milk, and edible oil. In tropical and subtropical regions, the detection rate of aflatoxin in food is relatively high. The general distribution in China is that virulent strains often show in central China, South China, and North China, and while there is less in the Northeast and Northwest regions.

Although there are many kinds of Aspergillus flavus, they all have double furan ring and oxaphthalone (also known as coumarin) in their basic structure. The former is a toxic structure, and the latter may be related to its carcinogenesis.

AFT is hardly soluble in water, hexane, ether and petroleum ether, but easily soluble in organic solvents such as methanol, ethanol, chloroform, acetonitrile and dimethylformamide, with a molecular weight of 312-346 and a melting point of 200-300°C. AFT is stable confronting light, heat, and acid, and is resistant to high temperatures. Generally, heat treatment can hardly damage it, and only decompose at the melting point.

Pure toxins are stable at high concentrations, and pure toxins at low concentrations are easily decomposed by ultraviolet radiation. 5% sodium hypochlorite solution, Cl2, NH3, H2O2 and SO2 can chemically react with AFT to destroy its toxicity. Under natural conditions, AFT in food is very stable. The severely contaminated rice with AF-b1 has been stored naturally at room temperature for more than 20 years, and the toxic content has gradually decreased, but aflatoxin b1 can still be detected.

Is aflatoxin harmful to humans?

Aflatoxin, 68 times more toxic than arsenic, second only to botulinum, is currently the most toxic mold known. It is reported that the harmfulness of aflatoxin lies in its damaging effect on human and animal liver tissues. In severe cases, it can cause liver cancer or even death. Aflatoxin b1 is the most common in naturally contaminated food, and its toxicity and carcinogenicity are also the strongest.

"B1 is the most dangerous carcinogen. It is often detected in corn, peanuts, cotton seeds, and some dried fruits, among which peanuts and corn are the most contaminated. Home-made fermented foods can also detect aflatoxins, especially at high temperatures. The aflatoxin detection rate of grains, oils and products in humid areas is higher.” A related person said.

Generally, the cooking temperature cannot destroy it, and the pyrolysis temperature is 280℃. Low solubility in water, soluble in oil and some organic solvents, such as chloroform and methanol, but insoluble in ether, petroleum ether and ethane.

The main contamination in food is aflatoxin b1, and its toxicity is generally considered to have three clinical characteristics: acute poisoning, chronic poisoning and carcinogenicity:

The TLC method is the most classic method for aflatoxin detection, and it is also the most commonly used method before. It is still used by some testing institutions and is also a national standard method. The principle is to extract aflatoxin from the sample with a suitable extraction solvent for different samples, purify it by column chromatography, and then unfold it on a thin plate for separation. Using the fluorescence characteristics of aflatoxin, determine its content according to the intensity of the fluorescent spots compared with the standard. For some samples with very complex components, they need to expand in both directions to obtain higher sensitivity.

The TLC method needs simple equipment and low detection cost, but the operation is cumbersome and time-consuming, the extraction and purification effect is not ideal, the sensitivity is poor, and there is a greater degree of harm to the health of the operator.

This method can accurately separate different types of aflatoxins (for example: AFT-b1, AFT-b2, AFT-G1 and AFT-m1, etc.), with fast detection speed, qualitative and quantitative accuracy, and low detection limit. It can be used as an arbitration method, but the equipment is expensive, the pre-processing method is relatively cumbersome. If the immunoaffinity column is used, it will increase the cost of sample detection, and still have a certain hazard to the health of the operator.

The ELISA method is also a relatively novel method developed in recent years. The principle is based on the specific immunological reaction between antibody and antigen, and finally the method of measuring enzyme activity is used to increase the sensitivity of the measurement.

Capillary electrophoresis (CE) is also a newly developed method for analyzing aflatoxin. This method can be used in conjunction with the laser weakened fluorescence detector (LIF) to improve the sensitivity. However, the cost of the CE method is relatively high, and the operation is complicated, and it is not suitable for wide application in sample detection.

The IA C/SFB method is also a commonly used national standard method. The principle of this method is to use a fluorometer to determine the content of aflatoxin in the sample using the difference in the fluorescence characteristics of various aflatoxins.

The method is not harmful to the health of the inspectors, with rapid detection speed, high sensitivity, suitable for the detection of numerous samples, and is quantitatively accurate, but the detection cost is high, special equipment is required, and a single toxin cannot be detected.

The gold label test paper method is actually a solid-phase immunoassay method. The principle is to use the specific binding reaction of antibody and antigen to detect aflatoxin in one step. This method can complete the qualitative determination of aflatoxin in the sample within 5-10 minutes. It is simple and fast, and does not require the cooperation of other instruments and equipment. It can be tested in the laboratory or on site, but the accuracy and precision of its detection need to be further studied.

A biosensor is a device that uses immobilization technology to combine biologically active substances with molecular recognition capabilities with physicochemical transducers, which can be used to detect environmental chemical substances in or out of organisms or specifically interact with them to produce a response. Among them, the affinity biosensor prepared by the specific affinity between molecules is the immunosensor port. According to the different physical or chemical signals conducted by the energy converter, immunosensors include electrochemical immunosensors, optical immunosensors, piezoelectric crystal immunosensors, etc. Because the biosensor has the advantages of high selectivity, fast response, simple operation, convenient carrying and suitable for on-site detection, scientific researchers from various countries are actively exploring the development of new biosensors for the detection of aflatoxin.

Aflatoxin is widely distributed and commonly shown in our daily life. It is highly toxic and difficult to destroy. The best way of keeping you and your family from the harm of aflatoxin is to take various preventive measures at early times: preserve foods well, and throw moldy foods.