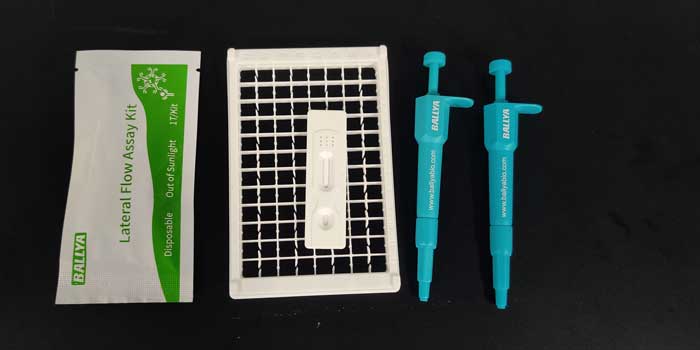 How to treat PRRS in swine?

Sudden onset of swine herd, the initial onset of pigs showed fever, body temperature of about 41 ℃, the highest body temperature of 40.5 ℃. Depression, do not eat; conjunctivitis, eyelid edema; cough, asthma, dyspnea, foam from the nostrils or thick nose; secretion of skin; redness of the skin, purple ears, purple skin under the abdomen and extremities Plaque-like or papular-like; some sick pigs have neurological symptoms such as hindquarter weakness, inability to stand or ataxia.

The main infection route of Porcine Reproductive and Respiratory Syndrome is the respiratory tract. Airborne, contact transmission, semen transmission and vertical transmission are the main modes of transmission. Piglets born from sick pigs, infected pigs and sick sows, and the polluted environment, Appliances are important sources of infection. The disease spreads more easily in piglets than in adult pigs. When healthy pigs come in contact with sick pigs, as in pen rearing, frequent relocation, and high concentration, they can easily lead to the occurrence and spread of the disease. Poor farm hygiene conditions, harsh weather, and high feeding density can promote the epidemic of pig reproductive and respiratory syndrome. Mice may be carriers and carriers of porcine reproductive and respiratory syndrome pathogens.

A preliminary diagnosis can be made based on the pathogen, transmission characteristics, clinical symptoms, and post-mortem characteristics, but attention should be paid to the identification of some viral infectious diseases with similar symptoms, such as influenza, parvovirus disease, and epidemic diarrhea. Porcine reproductive and respiratory syndrome is a viral infectious disease. Serum identification or virus isolation must be performed to confirm the diagnosis.
Relevant experts provided a basic principle for intuitively judging PRRS, which can be used for clinical reference. If two of the following clinical indicators appear in the pig farm within 14 days, it can be determined that the PRRS is suspected. Case:
1. More than 8% of sows have abortions or premature births;
2. Stillbirth accounts for 20% of litters;
3. Piglets have a mortality rate of more than 25% within one week after birth.

What is PRRS virus?

The pathogen, also known as Lelysted virus, is the reproductive and respiratory syndrome virus of the order Nidovirales, Arteriviridac, and Arterivirirus. The capsule has a diameter between 40 and 60 nm and a protrusion of about 5 nm in size on the surface. The nucleocapsid is icosahedral symmetrical and has a diameter of 25-30 nm. The genome is a single-stranded positive-strand RNA virus with a molecular weight of about 1.5 × 10ˆ6. The group is about 15kb in length. It is a non-segmented RNA containing 5 'untranslated region (UTR), 10 open reading frames (ORF1a, ORF2a, ORF1b, ORF2b, ORF3-7, ORF5a) encoding viral structural proteins. (GP2, GP3, GP4, GP5, M, N) and 3 'UTR, of which ORF7 encodes the nucleocapsid protein (N) and ORF5 encodes the glycated envelope protein of the virus (GP5 (E)) is the most susceptible to mutation One of the protein genes, there is some overlap between genes. No hemagglutination activity, does not agglutinate mammals, birds and human red blood cells.

The disease was first discovered in the United States in 1987. The virus was isolated from infected piglets and sows for the first time in 1991 by the Dutch, Wensvoot, and was then called Lelystad virus. Subsequently, Germany, the United States, Britain and other countries and regions also isolated the virus. The disease has spread throughout North America and Europe and has spread worldwide. Guo Baoqing et al. (1996) isolated PRRSV from domestic suspected PRRS-infected pigs for the first time, thus confirming the existence of the disease in China.

The PRRS in swine

After sows are infected, they will initially have cold-like symptoms such as anorexia, increased body temperature, shortness of breath, runny nose, etc. A small percentage (2%) of pigs infected with cyanosis of the extremities, tail, nipples, vulva and ear tips, and cyanosis of the ear tips is the most common Some sows have diarrhea, and symptoms such as quadriplegia appear in the later stage, usually lasting 1 to 3 weeks, and may die due to exhaustion. The sows in the early pregnancy have aborted, the sows in the second trimester have stillbirths, mummified fetuses, or have weak or deformed fetuses, lactating sows have no milk after delivery, and suckling pigs are mostly starved to death.
After infection, boars show coughing, sneezing, depression, loss of appetite, shortness of breath and dyskinesia, decreased libido, decreased semen quality, and low ejaculation.
After growing and finishing pigs and weaned piglets are infected, the main manifestations are anorexia, lethargy, coughing, and difficulty breathing. Some pigs have swollen eyes, conjunctivitis and diarrhea. Some weaned pigs have diarrhea, arthritis, red ears, and skin spots. Sick pigs often die from secondary infections with pleurisy, streptococcal disease, and asthma. If no secondary infection occurs, the growing-finishing pig can recover.
After suckling piglets are infected, they usually show rough coat, lack of energy, difficulty breathing, wheezing or cyanosis of the ears, some have bleeding tendency, plaques under the skin, symptoms such as arthritis and sepsis, and the mortality rate is as high as 60%. The mortality rate of piglets before weaning increases, and the peak period generally lasts 8 to 12 weeks. However, those infected with the virus during the embryonic period mostly die at birth or die a few days after birth, with a mortality rate as high as 100%.

How to treat PRRS in swine?

Porcine Reproductive and Respiratory Syndrome is a viral disease. There are no effective drugs in clinical practice, and only symptomatic treatment can be used to control it.

In the high-temperature season, ventilate the pigsty and prevent heat from cooling, provide sufficient clean drinking water, keep the pigsty dry, and maintain a reasonable feeding density.
Vaccination: According to the surrounding epidemic situation and the situation of your own farm, vaccination against blue ear disease.
Strengthen disinfection: After removing the feces and excrement, use "bactericidal toxin 5 aldehyde kill" 1: 500 to disinfect the pighouse and surrounding environment, especially the vehicles entering and leaving the pig farm. It is recommended twice a week during the hot season.
Standard supplements: In the peak period of disease, it is better not to introduce to the epidemic area.
Properly dispose of sick and dead pigs, no circulation, no slaughter, no food.
Four principles for prevention and treatment: supplement nutrition, anti-virus, improve immunity, and prevent mixed infections.

Which animals can be detected by the BALLYA PRRS test?

The BALLYA PRRS test can be applied to all kinds of pigs. The characteristics of this product are short detection time, simple operation and low price.
BALLYA PRRS Test has two detection targets for PRRS detection: PRRS antigen and PRRS antibody. You can choose according to your needs. 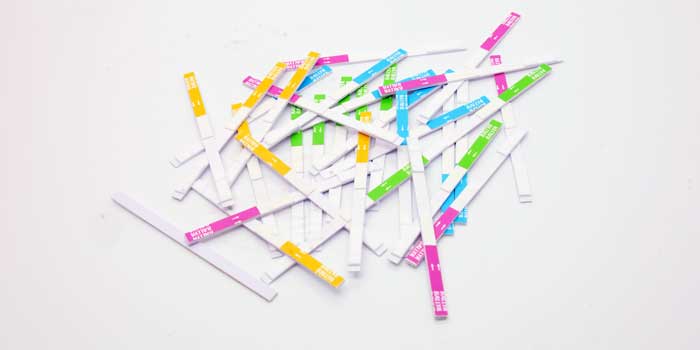 How to use BALLYA PRRS Test?

1. Pipetting the whole blood, centrifuge for 5-15 minutes at 2000-3000 r/m to separate the serum. It can also be left standing overnight at 4℃ to separate out the serum. Or test the whole blood without anticoagulant immediately.
2. Take out and place the card on the flat desk.
3. Absorb the sample and add 3 drops into the sample well carefully.
4. Read the result for 10-20 minutes. The result after 20 minutes is invalid.

BALLYA PRRS Test is a qualitative test kit. It’s only for screening purpose. If have positive cases or suspected case, maybe use other detection method to make a further detection, such as, ELISA, PCR, qPCR, etc.

The disease spreads rapidly, especially in technologically advanced and economically developed countries. Due to the dense and frequent swine herd, it is more likely to cause epidemics. After a severe epidemic period, the disease is often endemic and endangers pig production for a long time, causing huge economic losses to the pig industry
BALLYA PRRS Test provided by BALLYA can effectively detect whether pigs have porcine reproductive and respiratory syndrome. This kit is not only simple to operate, but also has a short test time and high accuracy. Allow the veterinarian to respond accordingly.

Where to buy BALLYA PRRS Test?